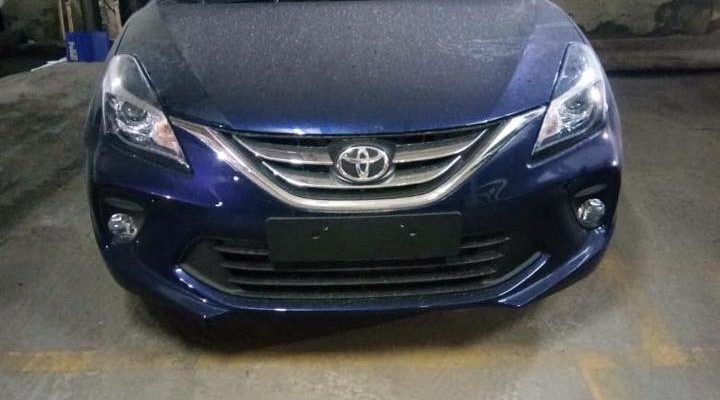 First images of the Suzuki Balneo-based Toyota Glanza have surfaced the internet ahead of its official launch that is scheduled to take place in June 2019.

The Glanza is first cross-badged product from the Suzuki-Toyota alliance, with more vehicles in the pipeline expected to be launched within the next two years. A Suzuki Altis, based on the 11th gen Toyota Corolla will also make its debut either towards the end of this year or early 2020. 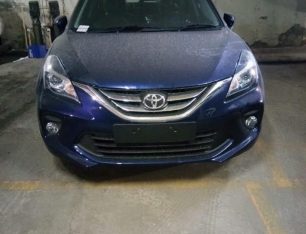 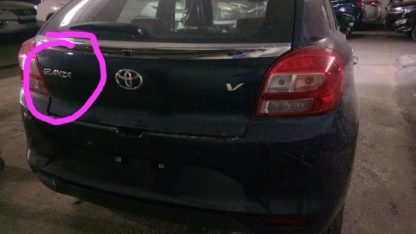 Apart from the fascia that adorns a different chromic grille, the new Toyota Glanza remains almost entirely the same as the donor Suzuki Baleno. There are no changes along the side, and the Glanza even wears the same alloy wheels as the Baleno. The interior is likely to remain unchanged, though slight changes to the upholstery are expected.

Under the bonnet, the Glanza will be powered by the same 1.2-liter K12B engine that powers the Baleno and will come paired to a 5-speed manual and CVT options. Earlier this week, Toyota has also released a teaser video of the Baleno-based Glanza.

After India, Toyota and Suzuki plans to expand their cooperation in other markets across the globe with hints of development in Africa and Europe already. It will be interesting to see the impact of this partnership on Toyota and Suzuki in Pakistan.

Similar to Maruti Suzuki Baleno, Glanza is a new addition by the Toyota brand in 2019. Glanza is Toyota’s first rebadged car in India. The Glanza will be priced at a premium in the range of Rs 7.20 lakh to Rs 9.20 lakh ex-showroom. However, not much has changed in both the cars, the recent spy shots reveal that the Glanza is most likely to use 1.2-litre K-Series petrol engine. The 1.2-litre engine produces 83 PS of power and 113Nm of torque. Transmission options for Baleno include a 5-speed manual gearbox Transmission and CVT automatic. So, one can expect these… Read more »