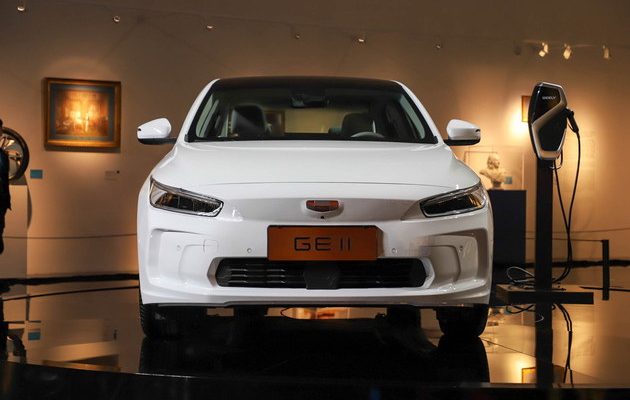 Geely has unveiled the all-new GE11 compact all-electric sedan on the 26th of February. The new model is positioned as a “globally developed product” and will spearhead Geely’s foray into overseas markets.

Related: Kia to Bring a Bold Electric Concept at Geneva

Geely has recently adjusted its marketing structure by adding Geely New Energy brand into its brand lineup. Geely New Energy will be operated as an independent sub-brand with its own logo (called as Quantum Silver Shield), parallel to the other four brands, namely, Geely Auto, Lynk & Co, Proton Cars and Lotus Cars. 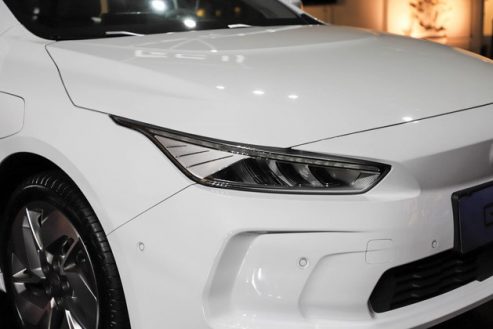 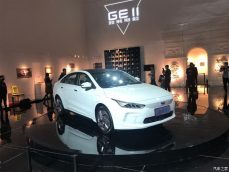 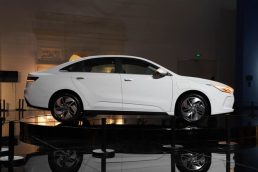 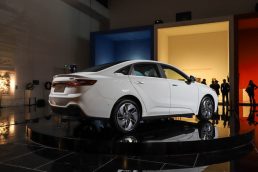 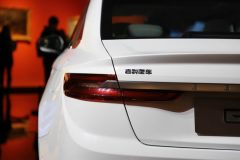 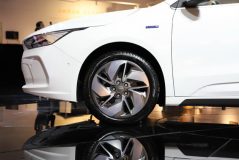 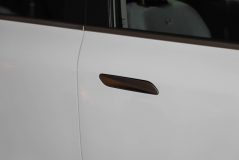 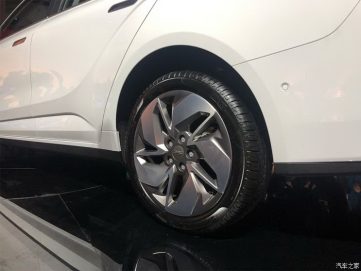 The GE11 EV adopts a “closed-off” front face without a grille, accompanied by slim headlamps with LED DRLs, with new Quantum Silver Shield logo sitting in the middle. As to the sides, smarter aerodynamic profile is characterized by sharp body lines and retractable door handles that are flushed with the bodywork. This helps reduce the air resistance, contributing to a drag coefficient of just 0.2375Cd.

Featuring a fastback design, the rear end adopts flat taillights that are connected by a chrome trim. Besides, there are two charging ports at the right-front fender and above the left-rear wheel arch respectively. 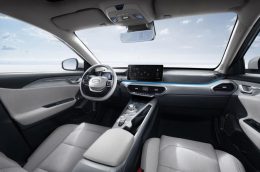 With a minimalistic design approach, the interior remains largely covered by grey materials. The dual-spoke flat bottom multi-function steering wheel accentuates a sense of sports. In addition, many controls are integrated in the auxiliary instrument panel and the center console that carries a large-sized touch screen. Geely GE11 will officially be launched and priced within a month or two, and will go on sale in China thereafter. Geely also plans to market the GE11 EV in global markets.

Geely is yet to reveal these details..