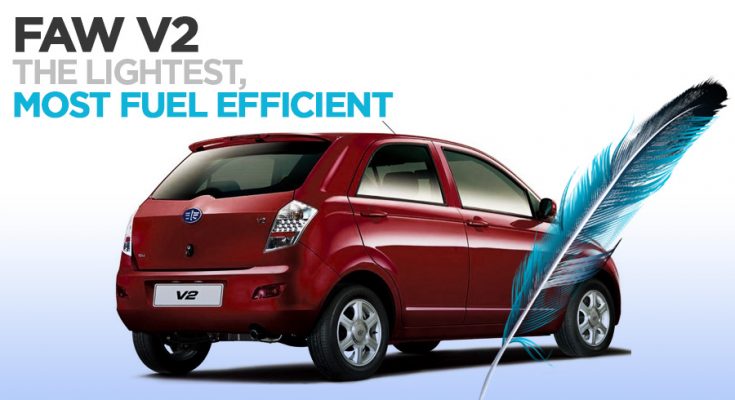 In modern era, lightweight vehicles have become extremely important due to a number of factors. When the mass is larger, more energy is needed to move it. More mass means more power would be needed from the engine to speed up and keep the vehicle moving, and thus require to burn more fuel as well. However, reducing the mass not only improves fuel consumption, but also reduces the amount of emissions produced.

These days advanced materials are considered essential for boosting the fuel economy of modern automobiles while maintaining safety and performance. Since it takes less energy to accelerate a lighter object than a heavier one, lightweight materials offer great potential for increasing vehicle efficiency. According to research, a 10% reduction in vehicle weight can result in a 6% to 8% improvement in fuel economy.

In our country however, most automobiles doesn’t meet the modern emission standards or adapt fuel saving mechanisms. They are either deprived of the required features, or in some cases the models on sale are considered obsolete compared to the rest of the world.

Thankfully FAW V2 not only has a light-weight high rigidity body shell, it also complies with Euro-IV emission standards in a time when majority of the vehicles sold in our country are proudly compatible to Euro-II standards.

FAW V2 is also the only car of its class (in our market) that weighs under 1,000 kg. With just 980kg, the V2 is lighter, has the best power-to-weight ratio, is fuel efficient and contributes towards a better environment by consuming less amount of fuel with reduced emissions.

The use of lightweight vehicles around the world provides a practical solution in terms of lower fuel cost and reduced carbon emissions. The modern lightweight vehicles, such as FAW V2, coupled with modern emission compatibility standards redefines the global transport system of the current era.

only if they can launch automatic transmission