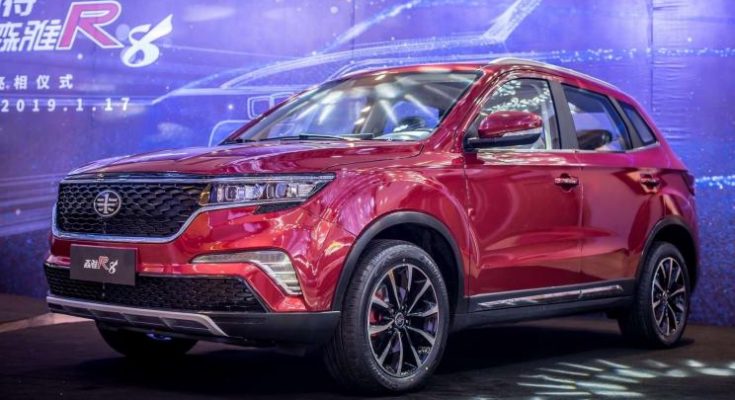 FAW has officially revealed the Senia R8 crossover SUV in China. The newest SUV, based on the Senia R7 is expected to go on sale towards mid 2019.

Although built on the same R7 platform, the new R8 is different in terms of designs. There is a honeycomb mesh grille upfront outlined by U-shaped chrome lining that blends with the new LED headlamps on either sides. There are inverted L-shaped fog lights on the front bumper, below which is the penetrating air inlet again bearing a honeycomb mesh design. Overall, the front face of the Senia R8 is sportier than that of R7. 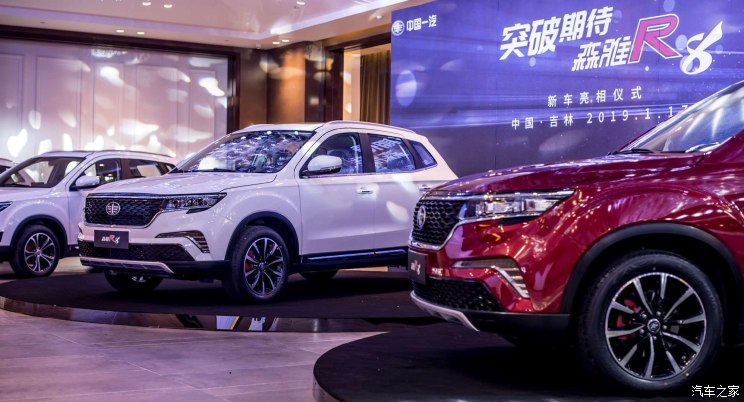 While FAW hasn’t officially revealed the rear-end, it was already seen on the Chinese MIIT website. The R8 largely retains the design of the R7, while only the taillights and rear brackets have been modified. The contours and the layout of the new rear combination lamps have been readjusted. A chrome trim is added to the center, which connects the two tail lights on either side. Furthermore the fog lights on both sides of the bumper become inverted trapezoids. 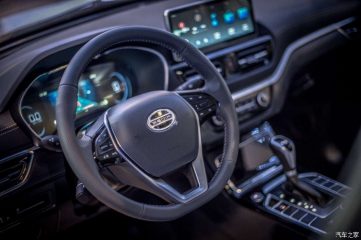 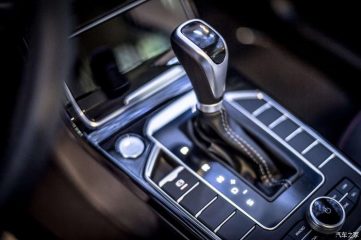 The interior gets a number of revisions though. Although FAW has released only 2 images at this stage, still it’s evident that the center console of R8 has been redesigned. The shape of air-conditioning vents become horizontal while the placement of multimedia system has also been changed. The R8 also gets electronic handbrake, one-button start, panoramic sunroof as well as Yijia Zhilian 3.0 car networking system. 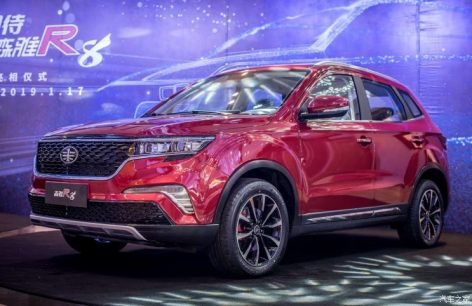 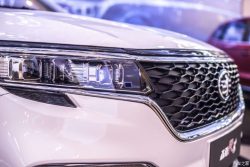 Like the R7, the Senia R8 will be offered with two engines, a 1.6 liter naturally aspirated unit producing 116 hp and a 1.5 liter turbocharged engine with 150 hp, paired to either a 5-speed or 6-speed manual transmission.

More details will be updated as and when available, stay tuned to CarSpiritPK. 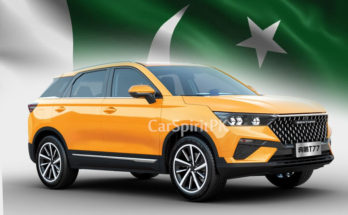 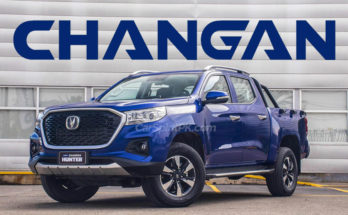 Mr. Ansari, How can I contact you privately for 3d animation projects?

please use CarSpiritPK’s Facebook page to drop a message, I’ll get back to you..