After USA and Thailand, the 10th generation Honda Civic facelift is all set to be launched in China. The 10th gen, also referred  as Civic X, which was introduced in global markets back in 2015, has taken the popularity of Civic to new heights.

The 2019 Civic facelift in China looks pretty much like the ones in USA and Thailand, but with minor differences. The upper part of front fascia wing is painted in black. The layout of the lower fascia has also changed; the vents are now integrated into a single unit rather than separated into three sections. Depending on the variant, the ‘wing’ on the grille as well as the garnish near the fog lamps are finished in either chrome or piano black. 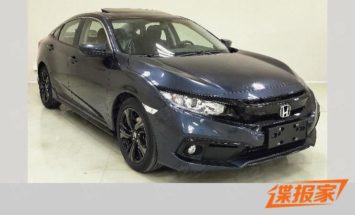 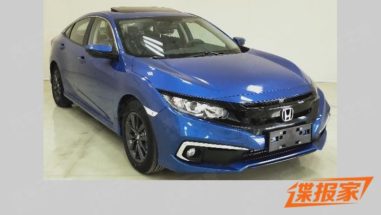 There aren’t much changes to the rear end, other than a diffuser and a large centrally placed exhaust finished in chrome, that’s found in Sports version only. The standard variants will come with 16″ wheels while the Sports version will have 17″ ones.

In terms of power the Civic will retain its 1.5 liter L15B8 turbocharged engine that’s designated at 220T turbo in China. Transmission choices will be 6-speed manual and CVT. However the 1.0 liter turbo variant called as the 180T that was offered in pre-facelift models won’t be continued.

The Honda Civic in China is made by the Dongfeng-Honda joint venture while the facelift is expected to go on sale within Q1, 2019.