Volkswagen has presented a new compact pickup truck concept called the Tarok, at the ongoing 2018 Sao Paulo Motor Show that will spawn a production model with “barely any changes” according to the German automaker. 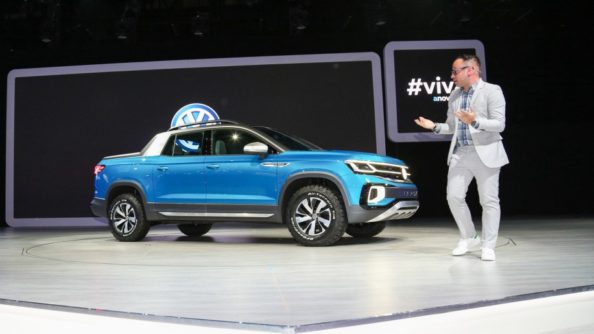 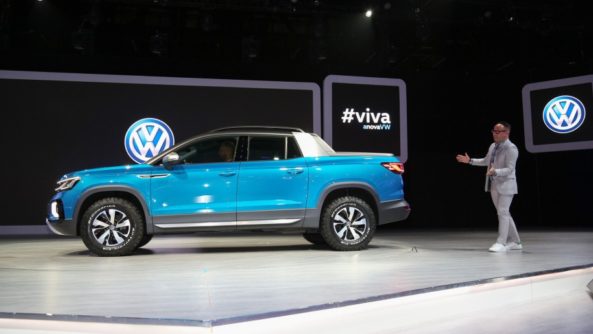 The Tarok will be slotted below the VW Amarok and will initially go on sale in Brazil. However Volkswagen also states that it has the potential to boost its model range in other global markets.

The Tarok concept is based on the same MQB platform as the new crop of Volkswagens including the T-Roc and smaller T-Cross. The fascia carries typical Volkswagen concept elements similar to the one seen on the Amarok. Meanwhile, the cabin looks production ready as it appears to be picked up straight from the T-Roc. The distinct material for the roof with roof rails and a modern SUV design makes the Tarok Concept a rather handsome looking machine. 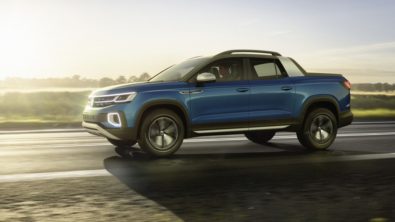 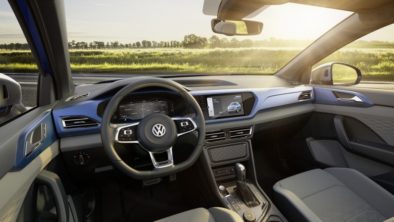 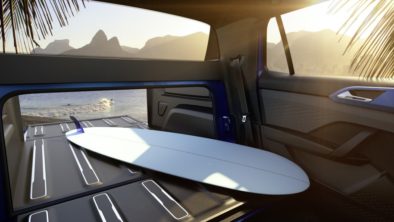 The unique aspect of the Tarok is its variable loading area: The rear wall of the cab folds down, giving an extended loading space, which can also be made longer by opening the tailgate. The Tarok can haul up to 1,000 kg of payload. The shortest bed length is 1,206 mm (under 4 ft), however folding the cab wall lengthens that to 1,861 mm (6.1 ft), and with the tailgate lowered the full length becomes 2,775mm (9.1 ft).

The Tarok concept is powered by a 150-horsepower, 1.4-liter TSI FlexFuel engine, has permanent 4Motion all-wheel-drive and a six-speed automatic gearbox. Volkswagen says the commercially available version of the Tarok truck will enter the market with a two-liter turbo-diesel with the same amount of horsepower and presumably plenty of more torque.

The production version based on the Tarok Concept will go on sale in Brazil soon, after which the new pickup will join the Amarok in Volkswagen’s global model range. 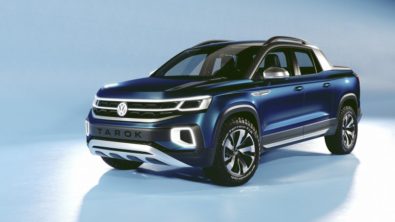 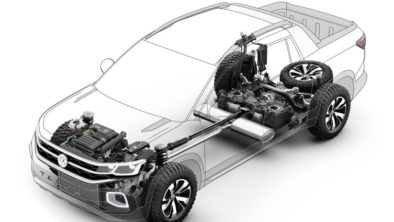