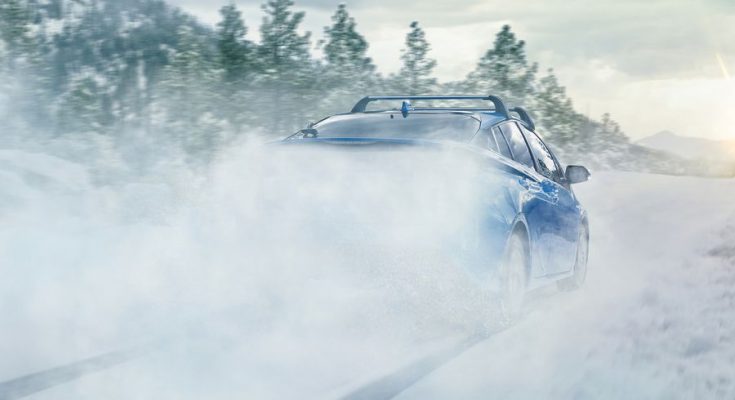 At the upcoming Los Angeles Auto Show, Toyota will be releasing an updated 2019 Prius hybrid that will likely be available with all-wheel drive. The hint comes from a Toyota press release saying that the 2019 Prius “performs on roads whether snowy or clear,” and the accompanying image pictures a Prius driving down a snow-covered road.

However the all-wheel drive doesn’t actually originate with this fourth-generation Prius. Since its launch in 2015, the hybrid has been offered in Japan with what Toyota calls E-Four, which is an all-wheel-drive system specifically developed for hybrid models. The E-Four setup adds a second electric motor to the rear axle that solely drives the rear wheels, and the system can switch between front- and all-wheel drive depending on driving conditions and fuel-efficiency needs. Thanks to its compact design, Toyota says, the AWD system only adds a little to its weight, without affecting the fuel economy, and moreover the luggage capacity is identical to that of front-wheel-drive Prius.

With snow obscuring almost the entire car in the teaser photo, it’s hard to predict what changes have been made to the 2019 Prius’s looks. Having debuted more than three years ago, the Prius is due for its mid-cycle refresh, so it is expected that the hybrid might receive updates to the front and rear styling as well as the interior. It is also quite possible for the all-wheel-drive model were to gain SUV-like plastic body cladding.

The Los Angeles Auto Show will be held between 30th November to 10th December 2018. Stay tuned..