News regarding Pak Suzuki’s plans to introduce the 8th generation Alto as a replacement of 800cc Mehran has been around for quite some time now. However it seems the launch of new Alto is now going to become a reality.

The largest automaker of Pakistan had finally announced to officially retire its golden egg laying duck, the Mehran earlier this year. The company discontinued the VX version in July and VXR version in September, and is currently no longer accepting the bookings. Pak Suzuki has notified its suppliers to only provide the necessary amount of parts to avoid any surplus as the company will only be delivering the units that have been booked already. The last batch of Suzuki Mehran will be delivered by March 2019.

Now as per the sources, the 8th gen Alto will be filling the space left by Mehran as an entry level hatchback in Pak Suzuki lineup. The vehicle will likely be introduced either towards the end of this year or Q1 2019 at best.

The Alto will most likely be powered by R06A engine which is a 660cc 3-cylinder unit and is offered with the likes of Suzuki MR Wagon and Hustler. However some sources also indicate an 800cc or a 1000 engine being deployed, however it’s not confirmed as of yet. The vehicle will be offered with manual as well as automatic transmission distributed across 3 trim levels. 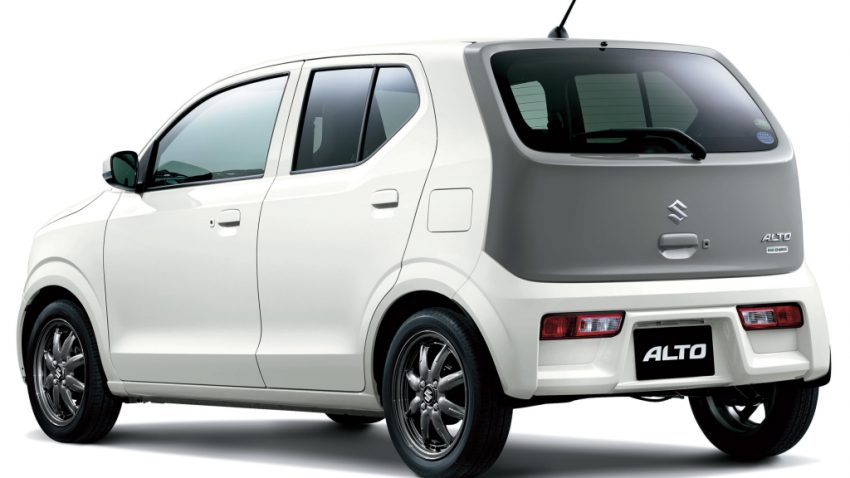 The retro styled eighth generation Alto was introduced in Japan back in December 2014. The new Alto is designed to have a very low fuel consumption, and is 60 kg lighter than the previous generation. The vehicle is already available in our market as used JDM import however the locally produced versions will come short of the tech and equipment found in the JDM versions.

A couple of years ago, images of the then Minister for Planning & Development Mr Ahsan Iqbal inspecting an 8th gen Alto surfaced on social media. According to information Pak Suzuki has already developed nearly 50 units of Alto for testing and display purpose.

The 2019 Suzuki Alto is speculated to be priced around PKR 1.0 million, however it will be interesting to see how Pak Suzuki is going to price the car specially in the current situation when Rupee is depreciating against the US Dollar.