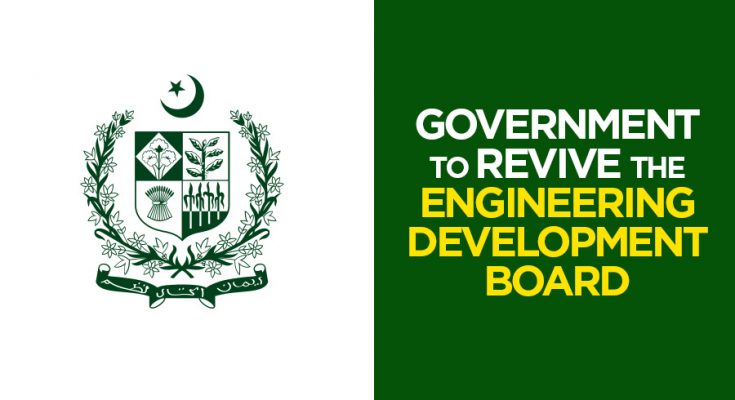 Prime Minister’s advisor on Institutional Reforms and Austerity, Dr Ishrat Husain has reportedly cleared a summary of Ministry of Industries and Production (MoI&P) regarding the revival of Engineering Development Board (EDB).

In May last year, the Cabinet Committee on Energy (CCoE) headed by the then Prime Minister had decided to dissolve the EDB over rampant corruption there. The federal cabinet on July 13, 2017 endorsed the decision of the CCoE. The sources said that former Prime Minister Shahid Khaqan Abbasi had supported winding up of the EDB which, he accused of being corrupt.

The sources said, Ministry of Industries and Production in its summary which will be considered by the federal cabinet shortly, has recommended that the EDB which deals with the country’s engineering industry should be revived by undoing the decision of Shahid Khaqan Abbasi-led cabinet.

Chinese ambassador to Pakistan also opposed dissolution of EDB and assured government officials that he would take up this issue with the Prime Minister.

It is imperative to mention that EDB is the only state-run organization on which the private sector has shown complete confidence. Pakistan Association of Automotive Parts and Accessories Manufacturers (PAAPAM) and Pakistan Automotive Manufacturers Association (PAMA) have played a key role in the revival of EDB. Furthermore PAAPAM and EDB employees have already approached Islamabad High Court (IHC) against the decision of ex-federal cabinet.

Prime Minister’s Advisor, Abdul Razak Dawood said that as the EDB is revived, he would restructure it and those EDB officials who were responsible for its dissolution will be taken to task.