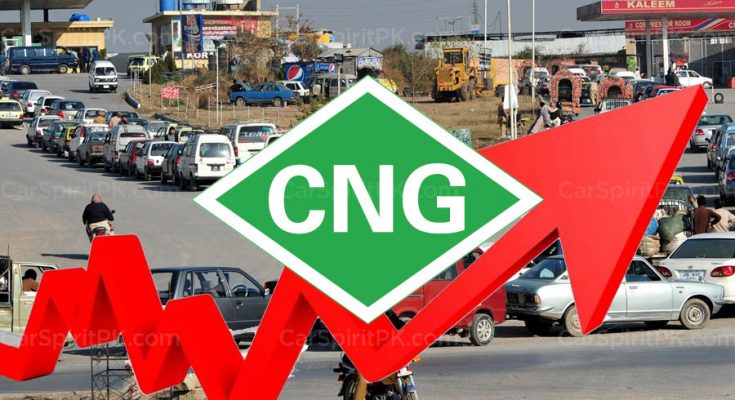 The federal government has decided to increase the price of Compressed Natural Gas (CNG) by Rs 15 per kg in three provinces of the country. The new price likely to be implemented from next week.

According to the sources the price of CNG will be increased in Sindh, Balochistan and Khyber Pakhtunkhwa, whereas Punjab will not be affected by the price hike as most of the gas stations have converted to Liquefied Natural Gas (LNG).

For the first time in Pakistan’s history, the CNG price will reach around Rs 105 per kg from the current price of Rs 81.70 per kg. According to CNG stakeholders, the industry was continuously facing destabilization due to the policies of the government since it first resorted to forced load-shedding of three days in a week and now increased the tariff by 40%.

The proposed gas price increase would result in a lower price differential parity between petrol and CNG besides pushing up public and private transport fares as 70% of buses were being run on CNG, they added.