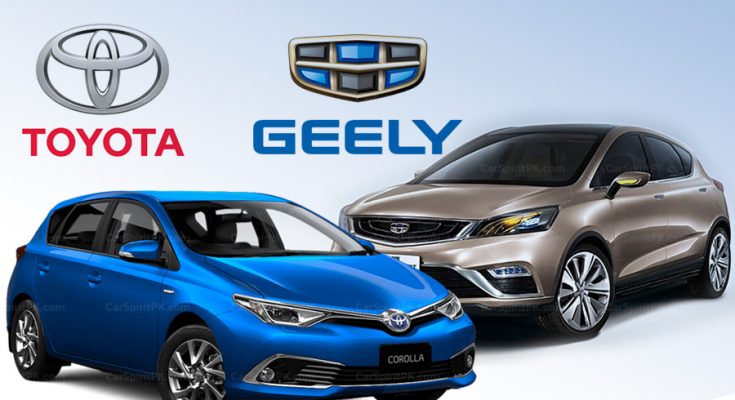 Japanese automaker Toyota said it is in talks with Chinese auto giant Geely about cooperating on gasoline-electric hybrid vehicle technology.

The move comes as Japan’s biggest automaker has been increasingly embracing new automotive technologies to spur growth, and has also embarked on a strategy to ramp up sales in China, the world’s biggest auto market.

Toyota said in a statement to Reuters that both Toyota and Geely are currently “communicating with each other” about gasoline-electric hybrid technology.

According to a person familiar with the matter, the talks apparently involve a Chinese supplier of electric battery technology both companies have already been associated with but separately. Toyota declined to comment on the specifics of the talks.

“Toyota has been conducting the business with the open policy which also applies to the area of electrification technologies. The relationship with Geely is also based on this open policy,” the statement said.

A Chinese media report said Geely was working with Toyota on conventional hybrid technology. The report said details on the joint effort would be announced soon.

Toyota, which bet big on gasoline-electric hybrid technology in the late 1990s when it began selling the Prius hybrid, has since localized production of conventional hybrid cars in China and has been selling them since 2015 under the Corolla and Levin names. The company plans to sell plug-in hybrid versions of the Corolla and the Levin by next year.