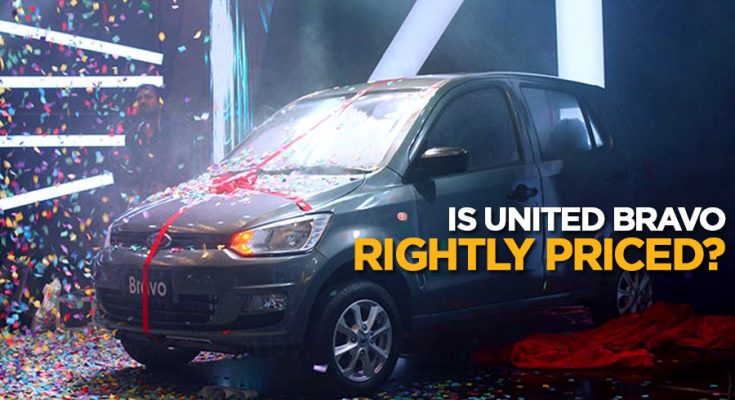 United Motors has finally launched the much awaited Bravo hatchback in Pakistan on the 8th of September with a price tag of PKR 8.5 lac. The Bravo has been the most anticipated and the most talked about vehicle probably because of being the only new car that’s primarily targeted towards low-budget car buyers. 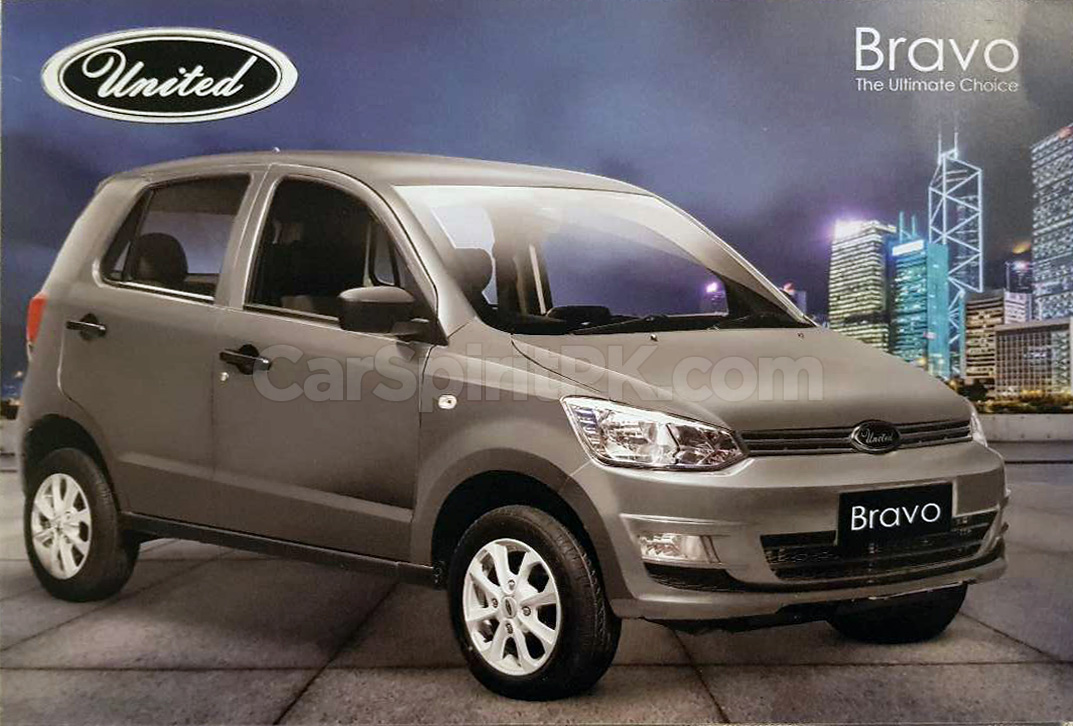 There is a lot of debate going on the social media regarding the price of United Bravo. The speculated price was rumored to be around PKR 7.0 to 7.5 lac however United has priced it a 100,000 more than what was expected. Some believe its rightly priced, some say its way overpriced.

Those arguing in favor of the Bravo price tag, believe since the top-spec Mehran VXR is available for PKR 8.4 lac and is all stripped and naked in its own respect. Paying PKR 8.5 lac for United Bravo is all justified since with a difference of just 10,000 you get a vehicle that’s not only better looking, but offers goodies such as power steering, power windows, multimedia system, reversing camera, central locking, fog lamps and alloy wheels all of which remained absent in Mehran VXR. 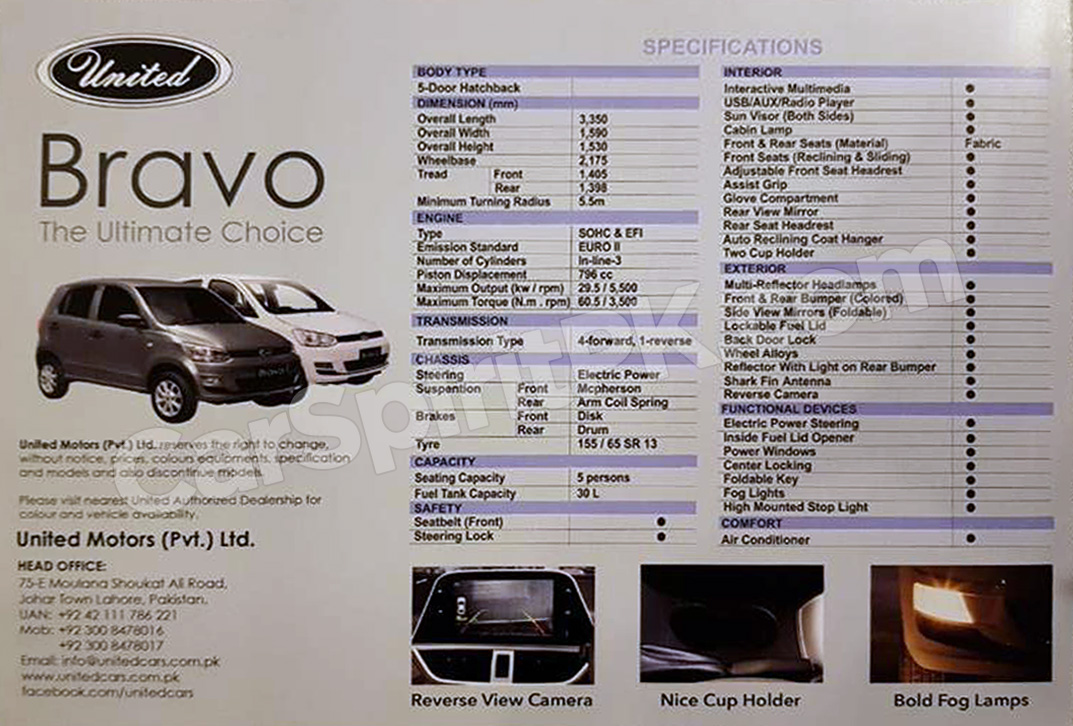 But then there is another school of thought. United Motors was granted Greenfield investment status by the government which entitles a lot of benefits and tax exemptions on import of initial units. The company could have priced it much lower than PKR 8.5 lac but it didn’t actually passed on the benefit to the consumers.

Some also believe the timing of Bravo’s launch makes it all quite suspicious. Just a few days ago Pak Suzuki announced to discontinue Mehran which was available for PKR 8.4 lac. The company already had announced to put an end on the base VX variant of their popular hatchback a couple of months ago.

This actually gives United all the opportunity to price their Bravo hatchback same as Mehran since there won’t be any other option left for the public to buy something under PKR 1 million. Not only this, it will also give an opportunity for Pak Suzuki to launch their Mehran replacement, that is most likely going to be the 8th gen Alto, much higher than expected. So as always, customers won’t have two products to choose from in the same price bracket while the companies can churn profits enjoying an unrivaled market. 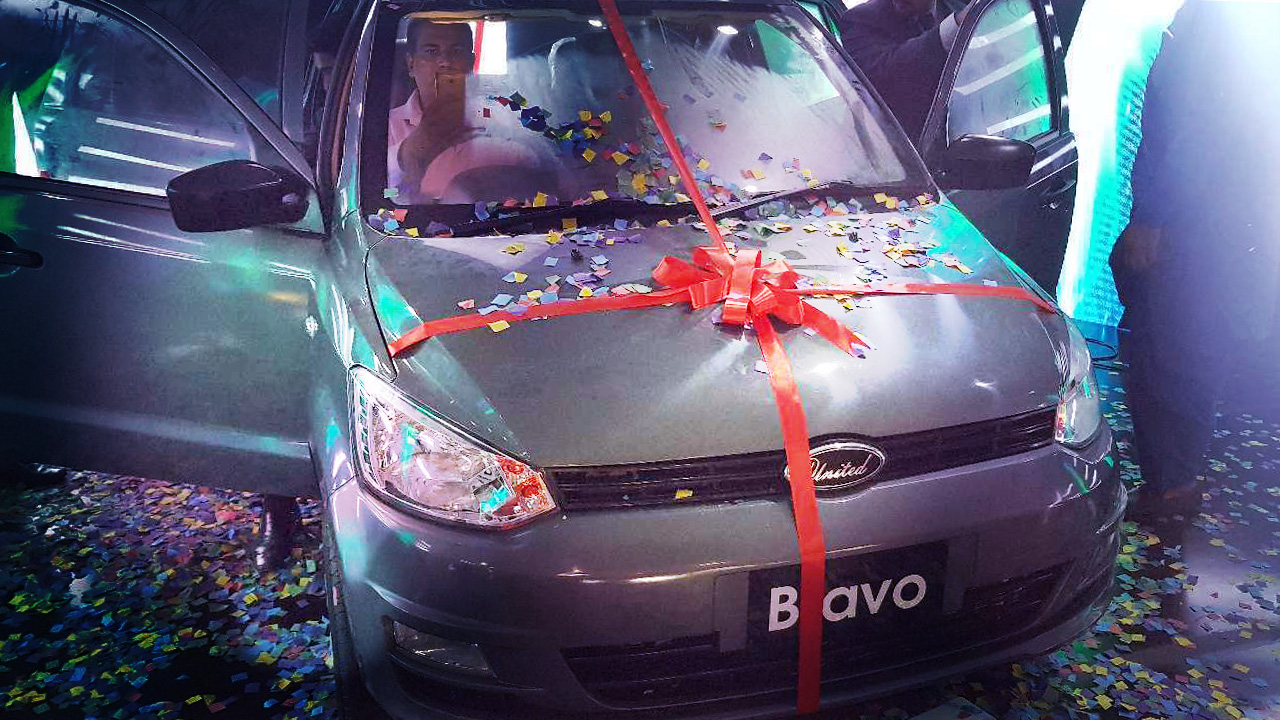 Of course it’s not that Pak Suzuki officials woke up one day and decided let’s discontinue Mehran, and this was heard by United higher-ups who thought why not launch the Bravo tomorrow. Such decisions are thoroughly planned and structured to execute, and it might be possible that both the companies had  a mutual agreement on this already. 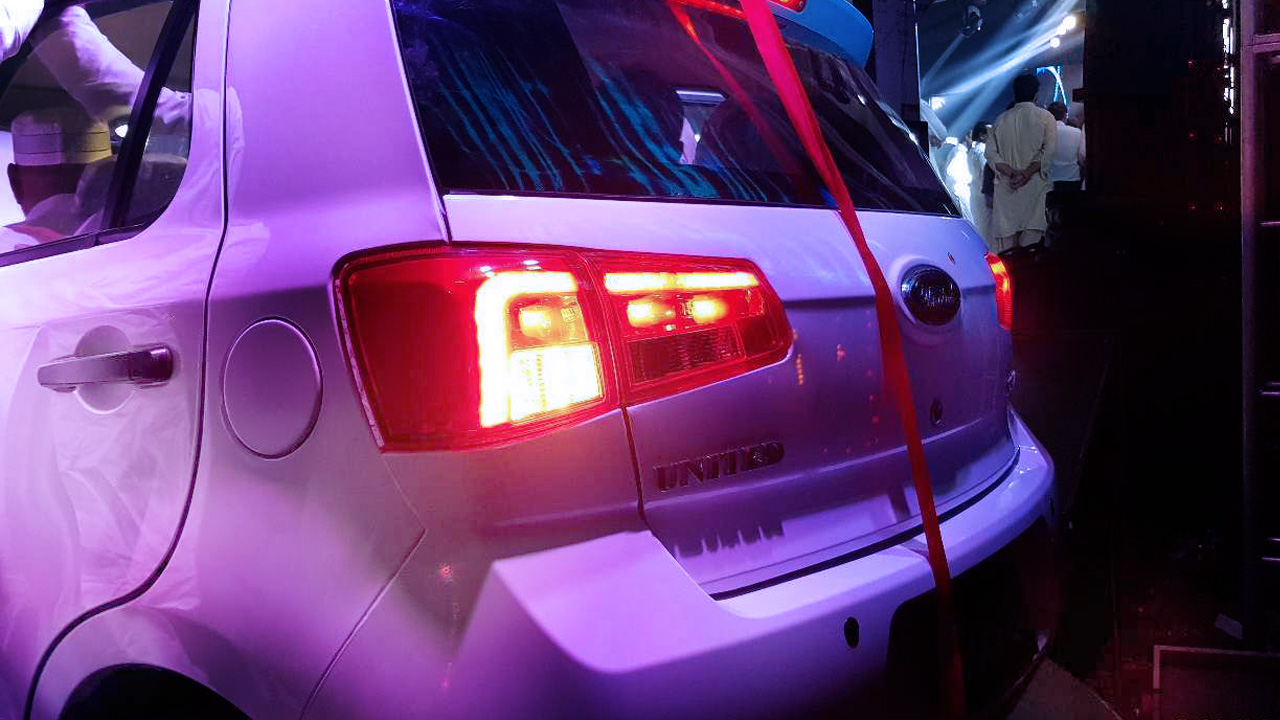 There is another problem, Pak Suzuki used to produce between 3,500 to 4,000 units of Mehran each month, United with its current capacity cannot meet up these numbers. And since Mehran is no more available to be booked (production has been announced to stop) Bravo remains the only option in the 800cc market. This will lead to demand-supply gap which may result in the same own/ premium scenario as there will be more buyers in the market and less units available for sale.

United is in process of opening dealerships but they are yet to open in every cities and can never match the numbers of Pak Suzuki dealerships within such a short span of time. From the looks of it, the Bravo might be able to become successful since having no competitor in the market, just as the way Mehran was during its entire 30 years production life. On the other hand slightly used Suzuki Mehran will become more valuable if Bravo is unable to fulfill the demand-supply gap.

However the quality of the product (Bravo) and after sales support of the company (United) will play a pivotal role in making the car sustain in the market as a reliable and practical option. Otherwise there are examples in the past when cars which were quite successful initially went on to become the most undesirable options in the market, remember Suzuki Liana, Kia Spectra? Let’s see how United Bravo performs in the market.

Click below to read our first impressions on United Bravo: 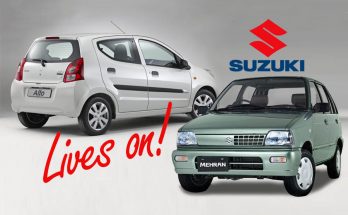 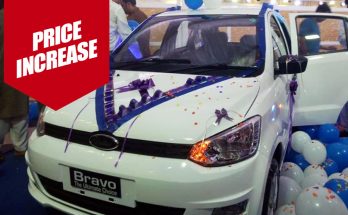