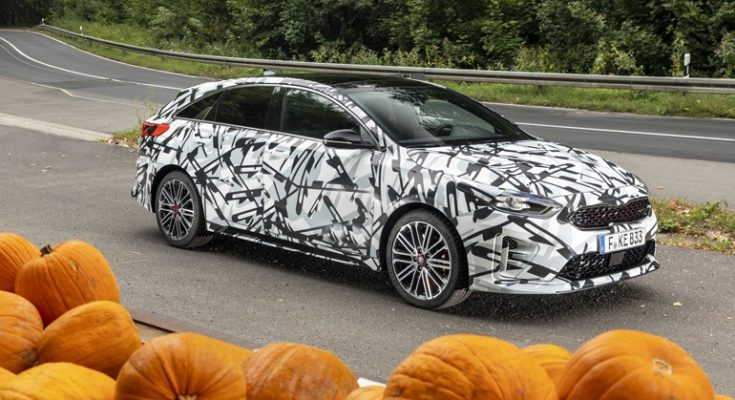 South Korean automaker Kia plans to unveil the new ProCeed GT on 13th of September ahead of its public debut at the Paris Motor Show later in October 2018. The automaker promised the production version would stay true to the concept unveiled at last year’s Frankfurt Motor Show.

While Kia has yet to reveal any technical specs regarding the vehicle, a lengthy video chronicling the ProCeed GT’s fuel economy flashes the cars performance numbers briefly on the screen. As per the video, the new ProCeed GT will feature a turbocharged 1.6-liter engine producing 204 hp and 265 Nm of torque, paired to 7-speed dual-clutch transmission.

The new ProCeed GT transitions from a three-door hatchback to a more practical five-door design. The ProCeed concept which Kia unveiled last year at the Frankfurt show was stunning, and while the test mules spotted so far appears somewhat toned down, it appears the road-going version might still be tastefully stylish.