One of our readers inboxed us this image of a used 2018 Suzuki Mehran VXR at Suzuki’s Certified Used Car Gala, priced at PKR 9.5 lac. Ironically the ex-factory price of a brand new Mehran VXR is PKR 8.4 lac, this image truly represent the unfortunate state of Pakistan’s monopolized and unregulated automobile market. Slightly used cars have been selling even more than the brand new cars for a long time in our market, because of the menace of own/ premium, coupled with deliberate delays in deliveries. But this PKR 9.5 lac Mehran beats everything else, that too being officially sold by the company itself, under its certified used cars umbrella.

A lot has been written about Suzuki Mehran already. It is the second generation of Alto that was sold internationally between 1984 and 1988. It reached our market as a CBU import in 1989 and was sold with an Alto badge for a price tag of PKR 90,000/- for a brand new car.

Couple of years later, the local assembling of this second generation Alto began in Pakistan. It was rebadged as Mehran and since then the car has been in production with almost no changes or improvements in nearly 30 years.

The 2nd generation Alto has been Suzuki’s successful product in third world markets because of its low cost running and maintenance. However it was completely phased out in international markets by 2012. By the time it was discontinued in India, it was available for just INR 2.78 lac, equivalent to PKR 4.49 lac only, and was better equipped than the locally assembled Pak Suzuki Mehran.

Pak Suzuki has been constantly swelling the price of Mehran. Since December 2017 alone, its price has been revised for 4 times already. These price hikes have been attributed to depreciating Pak Rupee value against US Dollar. However even when the Rupee shown its strength back since July 2018, Pak Suzuki has increased its price yet again. This is for sure surprising since the company claims to have achieved 90% localization on Suzuki Mehran, such frequent price revisions remain unjustified.

One of the core reasons why Mehran dominate the market in Pakistan is the absence of competition. In the last 30 years, the car has never seen a rival product in our market. If there is a better option in a similar price range, people are sure to prefer it. But unfortunately this has never been the case here.

India is the most successful market for Suzuki cars in the world, the revenue Maruti Suzuki generates is even bigger than that of Suzuki Japan. The Maruti 800 (Mehran) in India was a very successful product, even cheaper and better and was sold in much greater numbers compared to Pak Suzuki Mehran but it was discontinued there, why?

Not just this, the once cheapest car in India, the Tata Nano was discontinued last month due to poor sales, why? Because there are several modern, fuel efficient, better, safer and environment-friendly cars on offer in a very reasonable amount of money that people simply turned their back on something which they thought never offer them the same value for money in return.

Obviously in a modern age when one can buy a touchscreen smart phone as low as PKR 6,000 why would someone buy an old bulky cell phone for PKR 20,000? Unless you put a ban on sales of the cheap modern day smartphones and force people to buy the humongous cell phones from the 90s, you can even demand people to pay even more than 30,000 since they don’t have another option. Despite a ridiculously high price tag for a pathetically built, obsolete, feature-ripped and literally unsafe vehicle with absolutely no competition available in its class, the 2nd gen Alto (Mehran) enjoys a tremendous success and is considered as a household name in Pakistan. Pak Suzuki however, has recently announced to discontinue its base VX variant whereas the VXR version will continue to be sold.

The second generation Alto (Mehran) was a good car of its time but it went past its prime long ago. Good things are meant to be replaced by better, not to be dragged forever thus restricting ourselves in the stone age. The amount of money a Pakistani buyer spends on buying a brand new Mehran can buy a lot better, safer & well equipped vehicles elsewhere. 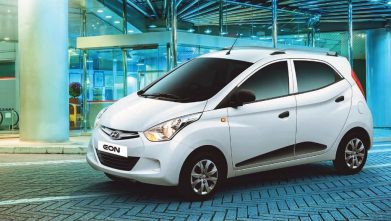 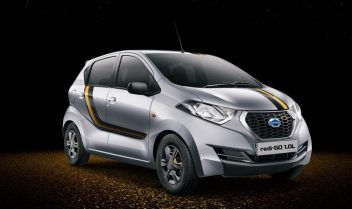 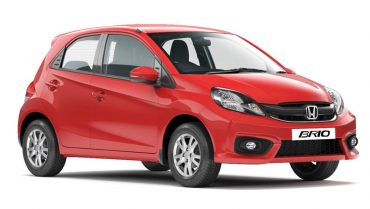 That PKR 9.5 lac used Mehran will surely find a buyer, because it comes equipped with a sound system and alloy rims which Pak Suzuki fails to offer. And the buyer will be happy that he just bought a ‘Boss’ and can literally put an impression on the onlookers but according to us, he sure needs to be congratulated on spending PKR 1 million on something that was discovered, in all probability, even before he was born!