The sedan segment in Pakistan has long been dominated by Toyota Corolla (1.3) and Honda City. During the past couple of decades, there used to be a Suzuki option either in the form of Margalla in the 90s or Baleno in 2000s, but since the demise of Liana, the playfield is left for Toyota & Honda only.

Now however, after the Auto Policy 2016-21 has taken effect, plenty of newcomers are expected to make their way in. So far nearly 18 automakers have announced to collaborate with different companies in Pakistan. In addition to newcomers, South Korean manufacturers Hyundai and KIA, which had a presence in our market during the last decade, are among the ones making a comeback.

Hyundai having teamed up with Nishat group was the first to get the Greenfield investment status to assemble and sell its products in Pakistan under the new auto policy. The Hyundai-Nishat venture will see an investment of US $230 Million. The groundbreaking ceremony of Hyundai’s vehicle assembly plant at Faisalabad’s M-3 Industrial City took place in December 2017. The construction of the plant is expected to complete by the end of 2019 with operations likely to begin in early 2020.

According to a Hyundai official, locally-assembled Hyundai cars will roll out by March 2020. The company plans to produce 7,000 units in its first year, while it aims to expand its production capacity to 22,000 units within three years.

According to Hyundai-Nishat’s production plans, the company will start its operations with H100 1-ton commercial pickup, followed by the Tucson SUV, Kona Crossover and Elantra sedan. If we observe the lineup, none of the cars will actually create problems for the volume sellers of our market. The primary objective of the auto policy was to create competition between players, shorten the delivery period, curb the menace of own/ premium, bring down prices and improve the quality of products offered to the customers.

While every newcomer is targeting the commercial vehicle sector, which is obvious due to CPEC related activities, as the demand of commercial vehicles in our market has increased like never before. However as far as passenger vehicles are concerned, the Tucson SUV, Kona Crossover and the Elantra sedan won’t create any troubles for mass-produced Toyota, Honda and Suzuki models in our market.

As of now, no budget-friendly vehicle seems to be under consideration, at least at this stage. Hyundai do have some impressive small cars which are targeted specifically towards emerging markets and have the potential to create problems for the existing volume sellers here in Pakistan. One such car that Hyundai should consider introducing in Pakistan is the Verna subcompact sedan. 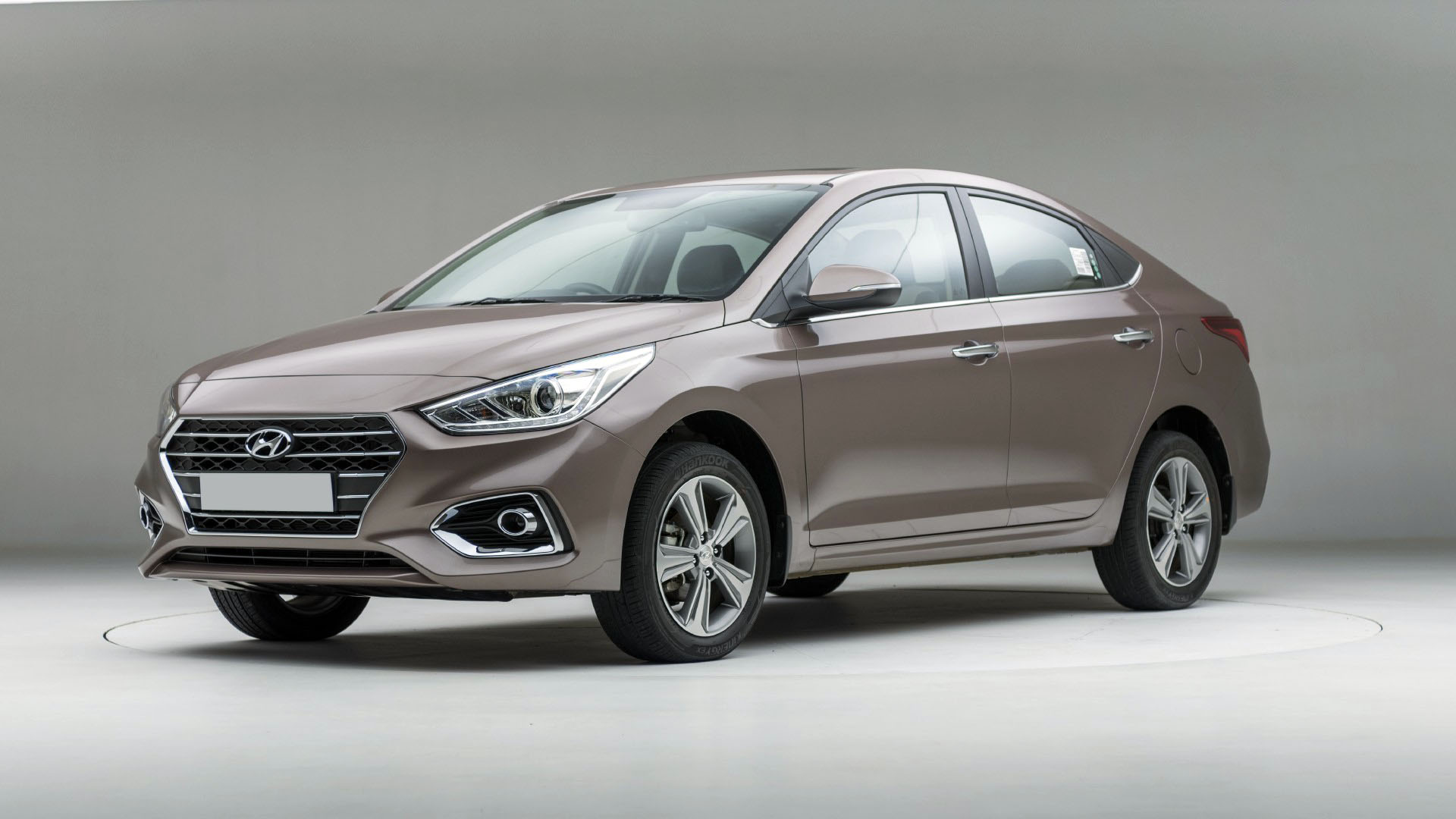 Hyundai Verna, also known as Hyundai Solaris in certain markets, is basically the 5th generation of Hyundai Accent (global), which made its public debut at the 2016 Chengdu Motor Show (China) as a 2017 model car. Although Chinese market received the 5th gen Verna by late 2016, it reached other market by early 2017.

The Hyundai Verna is a popular subcompact car that’s available (with different names) in several markets across the globe. The Verna is currently being assembled in South Korea, China, Russia, India, Mexico and Vietnam. Compared to the 5th gen Honda City that we have here, the Verna is wider but marginally shorter in length and height, however it has a bigger wheelbase than the Honda counterpart. 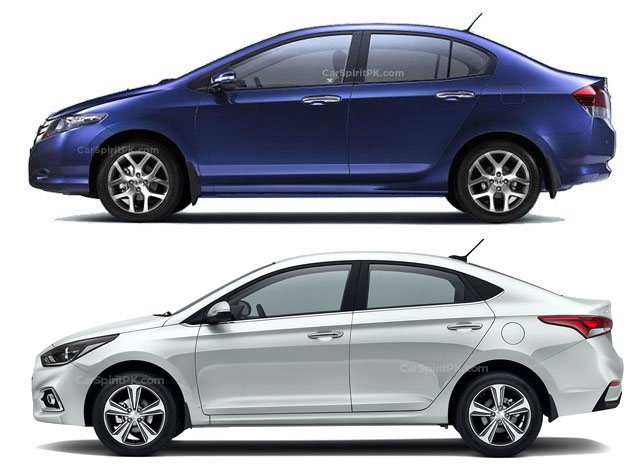 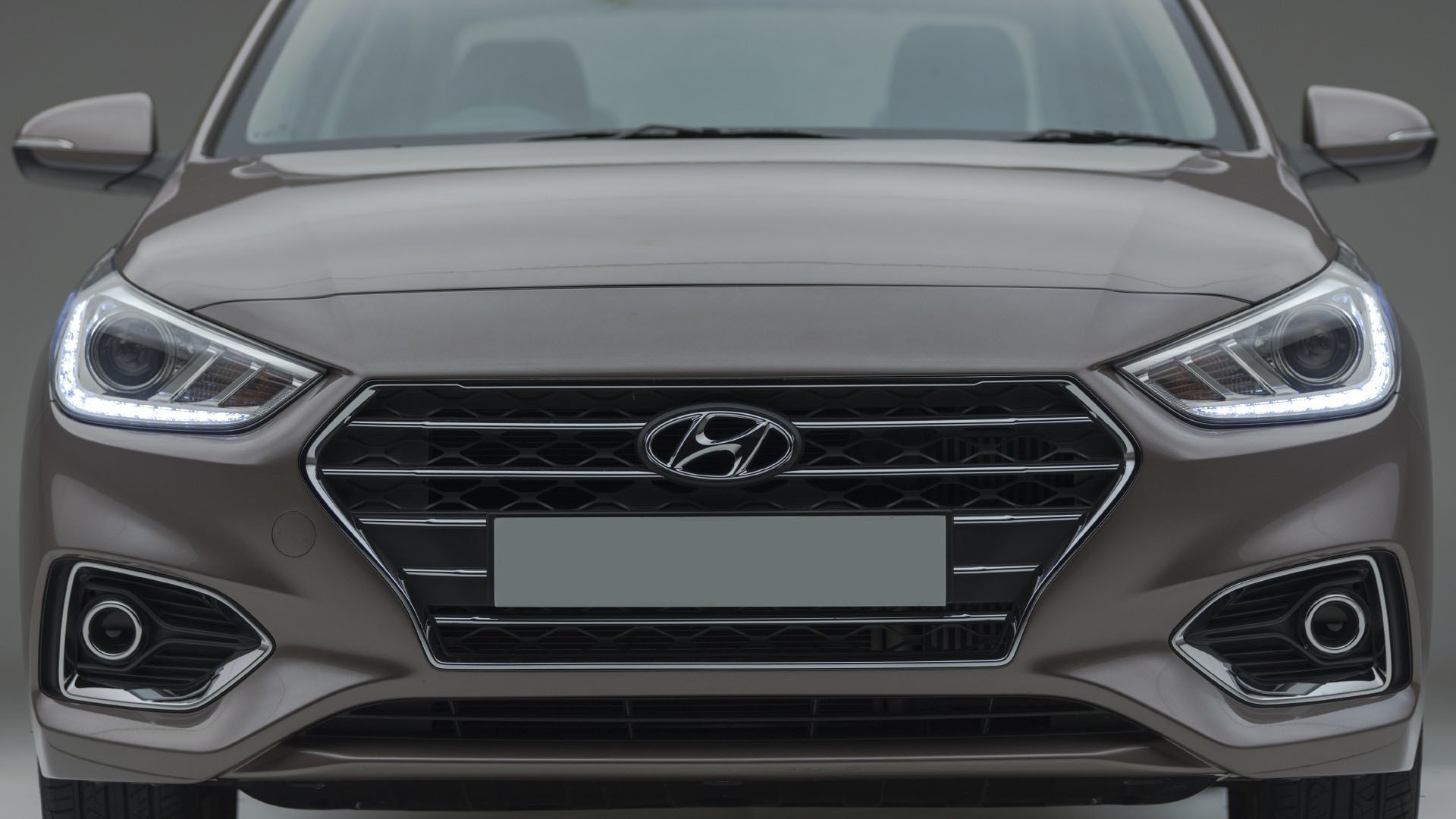 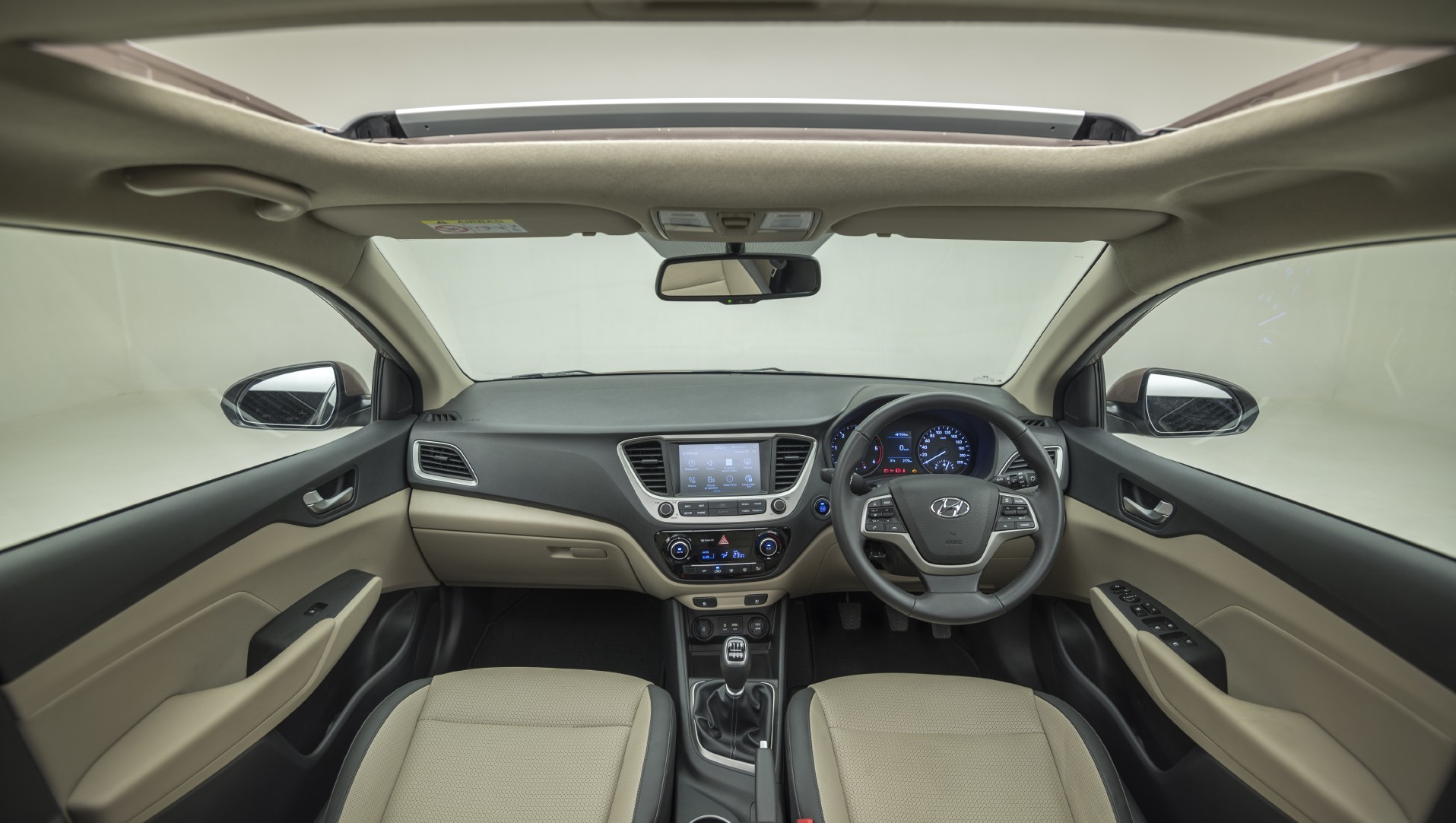 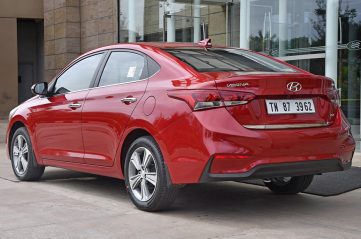 The Verna comes with a range of petrol & diesel engine options. There is a 1.4 liter 100 hp VVT petrol engine and a bigger 1.6-liter 123 hp VVT petrol unit, mated to 6-speed manual gearbox as standard, while a 6-speed automatic gearbox is available as an option. In India, a 1.6-liter CRDi diesel engine is also on offer. Fuel economy figures are 17.4 km/liter for 1.4 & 1.6 liter petrol versions whereas the 1.6 liter CRDi diesel delivers 24.8 km in a liter. 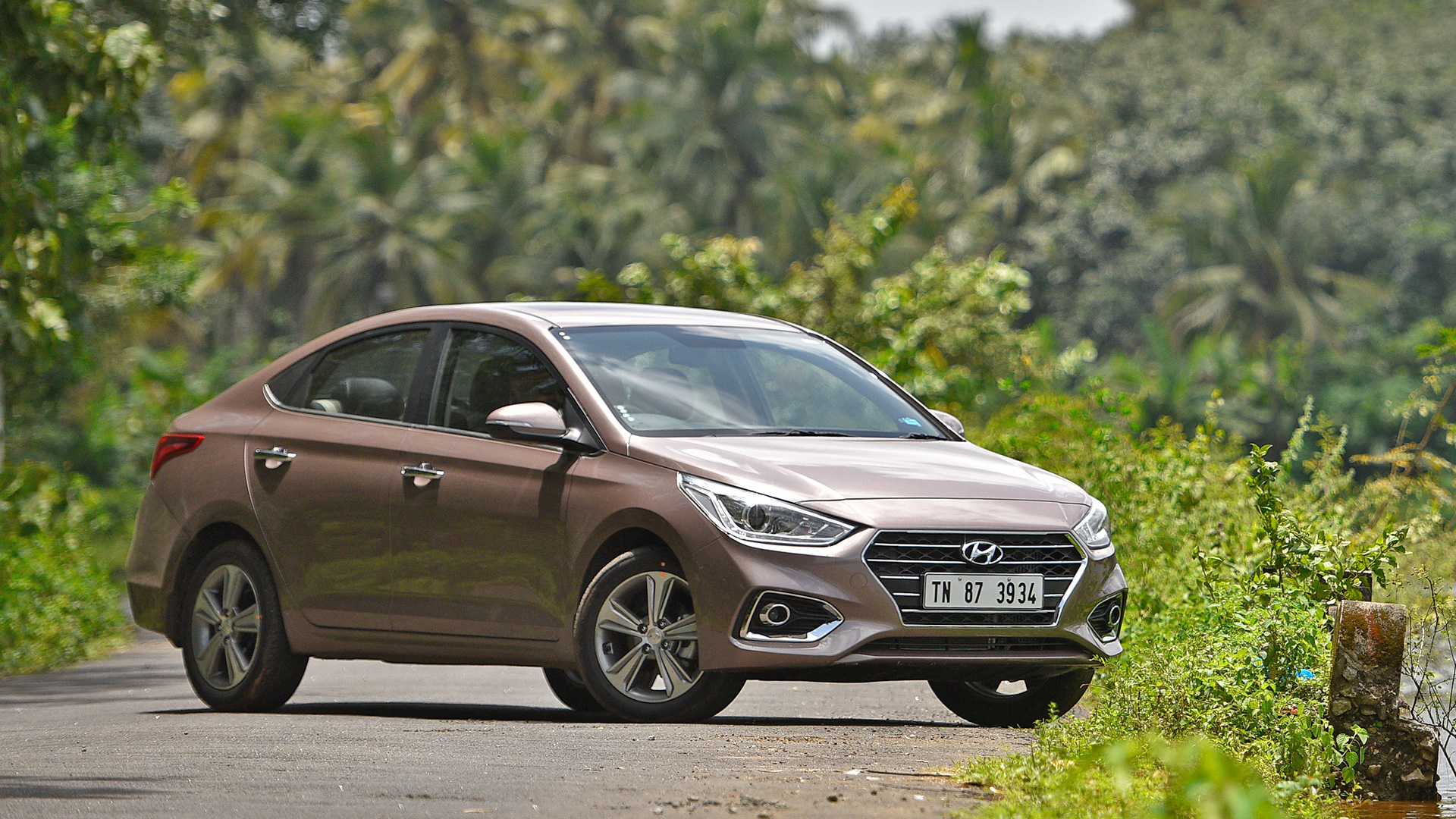 Hyundai managed to sell over 25,000 units of the Verna sedan within six months of its launch in India, as the vehicle became immensely popular straight after its launch. The new Hyundai Verna was also crowned the Indian Car of the Year 2018 (ICOTY 2018) and has won a total of 25 international awards so far.

Prices of Hyundai Verna across the border, starts from INR 7.8 lac for the base 1.4 liter version and goes as high as INR 12.6 lac for the top-spec 1.6 liter petrol variant. The Verna diesel is priced between INR 9.5 lac and INR 12.9 lac.

The Hyundai Verna has created serious problems for Honda City across the border as it has outsold the Honda rival 4 out of the last 6 times as far as the monthly sales are concerned. The Verna offers great value against a reasonable amount of money and delivers excellent fuel economy figures because of which is getting extremely popular in emerging markets.

Hyundai Verna has tremendous potential to become successful in Pakistan if the company considers introducing it here & price it competitively. However from the looks of it newcomers are willing to tap the segments not delved by the existing assemblers and are trying to play safe by not offering a rival product that goes against the volume sellers of our market. 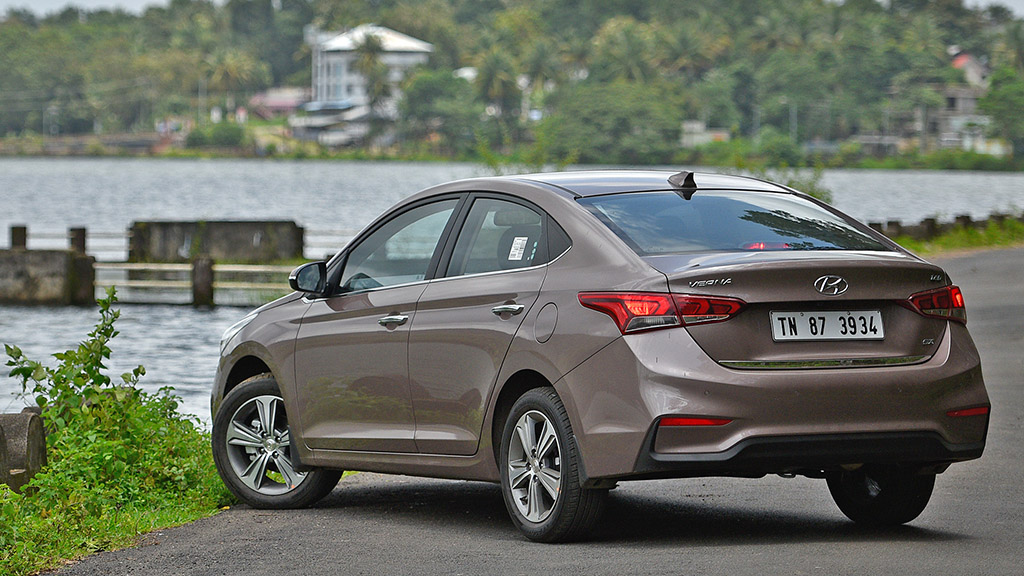 Do you think Hyundai should launch the Verna sedan in Pakistan? Let us know with your comments. 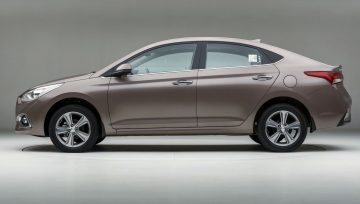 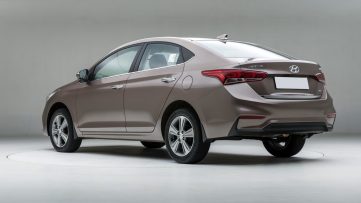 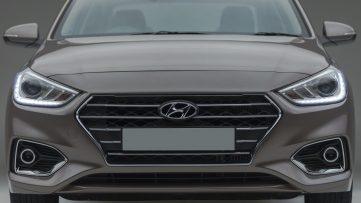 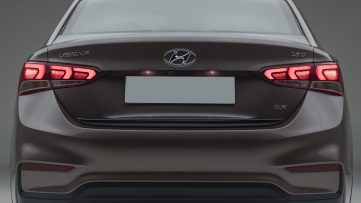 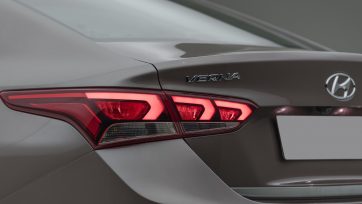 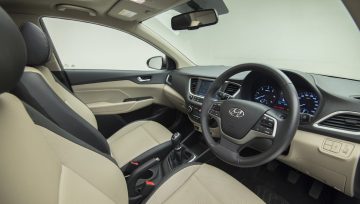 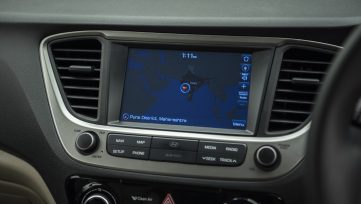