Russia unveiled a new luxury sedan at a Moscow motor show and also showed off the Russian-built limousine that President Vladimir Putin took for a televised drive during his swearing-in ceremony in May.

The civilian version of the Aurus Senat, one without all the bulletproof shielding and presumably other high-tech defence systems, is made wholly in Russia under new luxury car brand called Aurus. The name Aurus is derived from two parts: aurum (Latin for gold) and ‘rus’ for Russia.

The Senat was developed by a group of Russian carmakers led by the Russian Central Scientific Research Automobile and Automobile Engines Institute (NAMI), under a project called Kortezh. 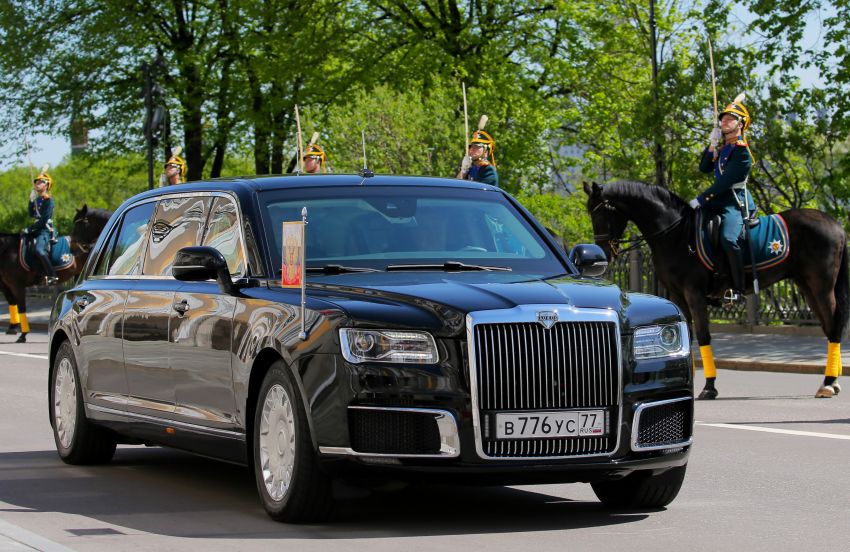 The limousine was first seen on a public outing in May when Putin took it on a televised drive. The Senat was used instead of Putin’s usual Mercedes-Benz at his inauguration for his fourth presidential term, imparting a patriotic message of Russian self-sufficiency. Russia is actively reducing its dependence on imported goods and technology, a movement spurned since the Republic was hit by Western sanctions.

As for the car, two versions of the four-seater sedan will be made – the standard Senat and a longer Senat Limousine. The standard Senat measures in at a whopping 5,639 mm long (just shy of the Rolls-Royce Phantom, but longer than the Bentley Mulsanne), whereas the Limousine gets stretched by nearly a full meter to 6,629 mm. 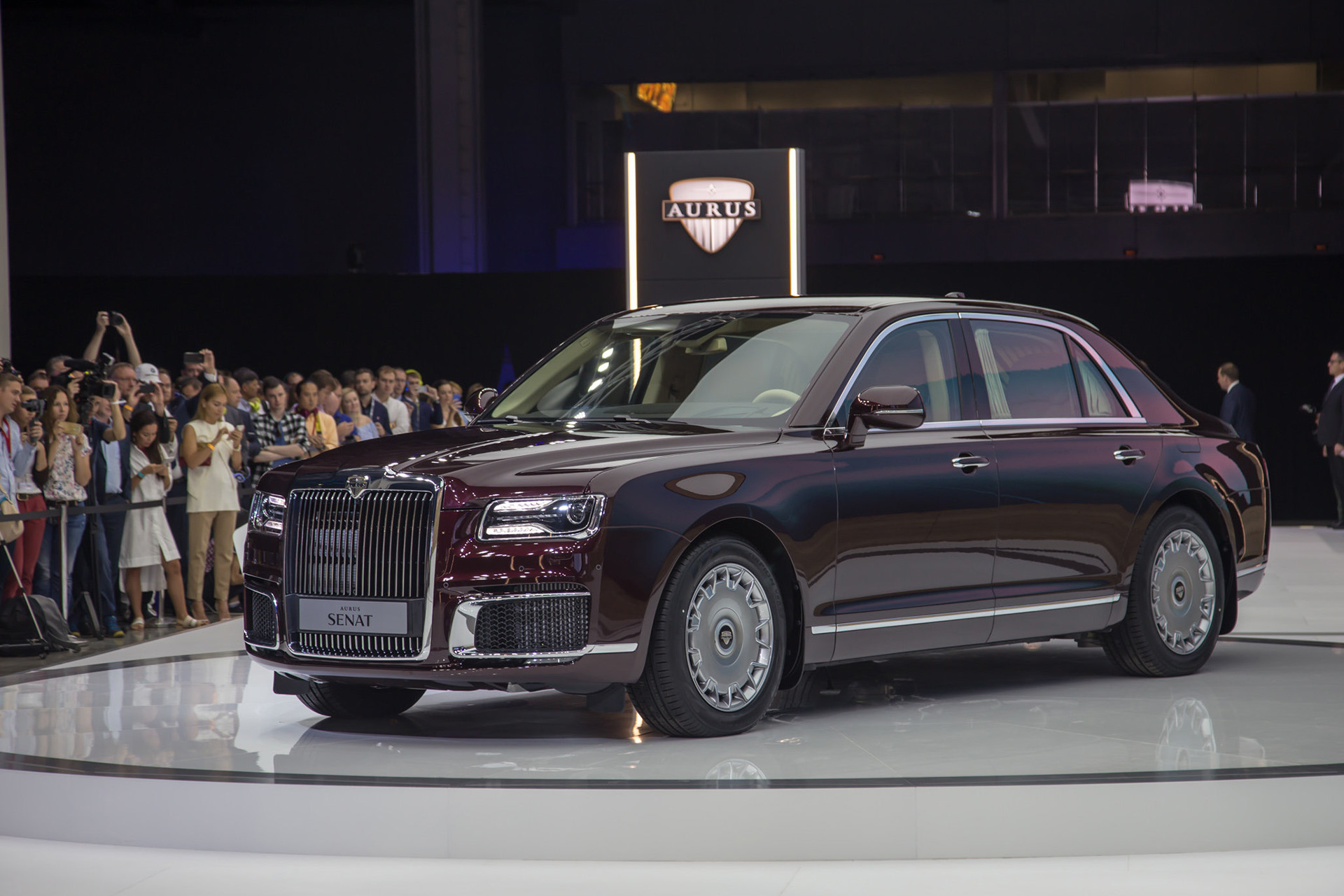 The Aurus Senat is powered by a 4.4 liter hybrid-petrol V8 engine, which is turbocharged to produce 598 hp and 880 Nm of torque, while the electric motor supplies an additional 40 hp. Power is sent to all four wheels through a nine-speed automatic gearbox. A larger 6.6 liter V12 is currently being developed and is expected to produce over 800 hp. As per reports, both powertrains were jointly developed with Porsche. There’s no denying that the Senat looks a whole lot like a Rolls-Royce Ghost because of the massive grille, rectangular headlights, and three-box shape. Aurus intends to offer an armored version of the sedan to the government, but civilians would only be able to get the version without the bullet-resistant panels.

Inside, the Senat looks opulent with a mix of leather and wood with polished metal trim. The cabin evokes the latest Mercedes-Benz interiors by placing a digital instrument panel next to a wide infotainment display. Dials on the center stack appear to control the HVAC system and another knob on the console for handling infotainment commands. 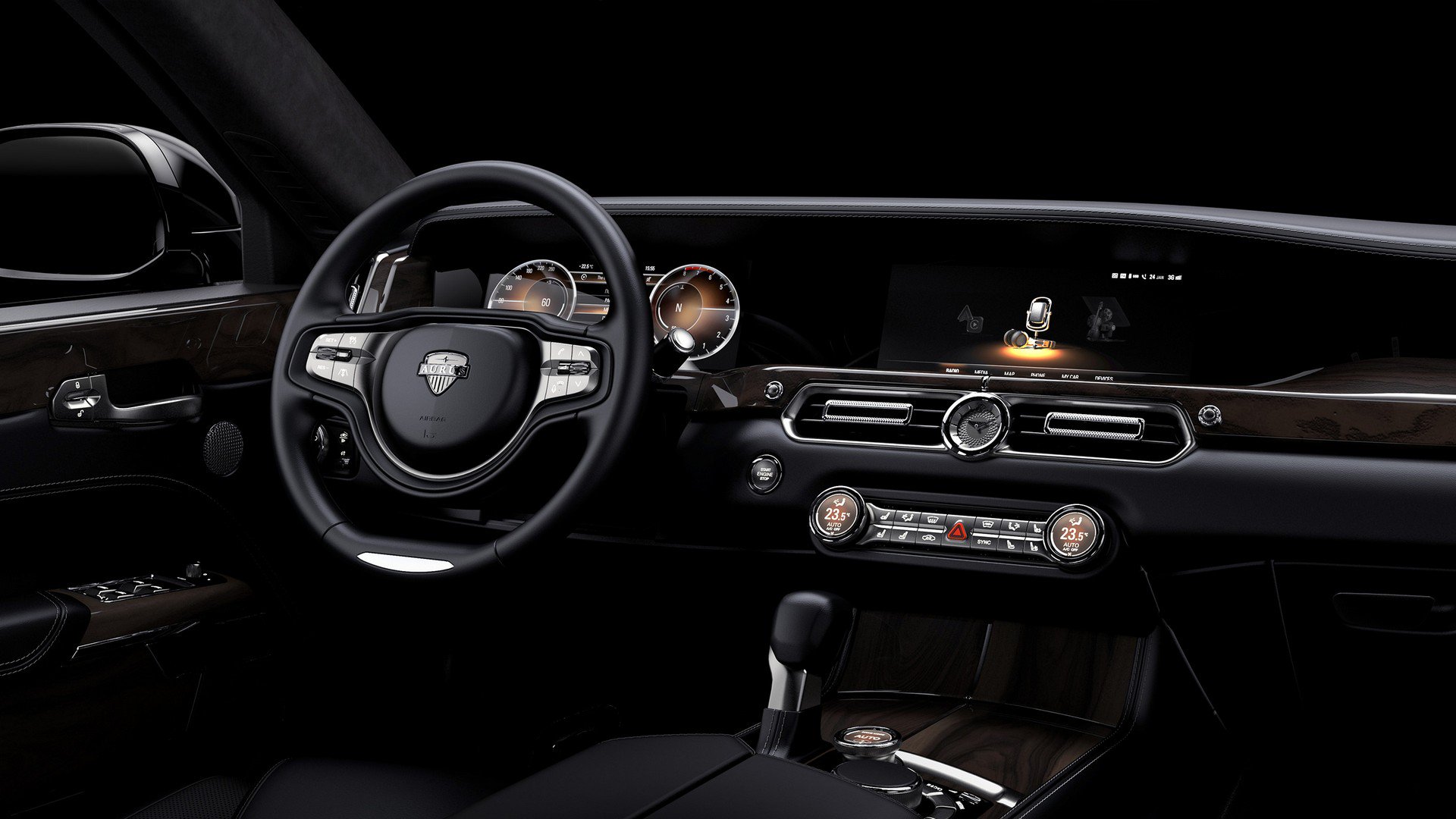 Other features include an eight-mode LED ambient lighting system, heavily bolstered leather seats with perforation, fine wood trimmings, dual-zone climate control system with integrated digital, and a host of driver assistance systems including adaptive cruise control, blind spot monitoring, automatic emergency braking, collision avoidance with pedestrian recognition, and road sign detection. There’s also reclining rear seats, integrated refrigerator and Aurus-branded crystal glasses. Aurus intends to offer an armored version of the Senat to the government, but civilians would only be able to get the version without the bullet-resistant panels. 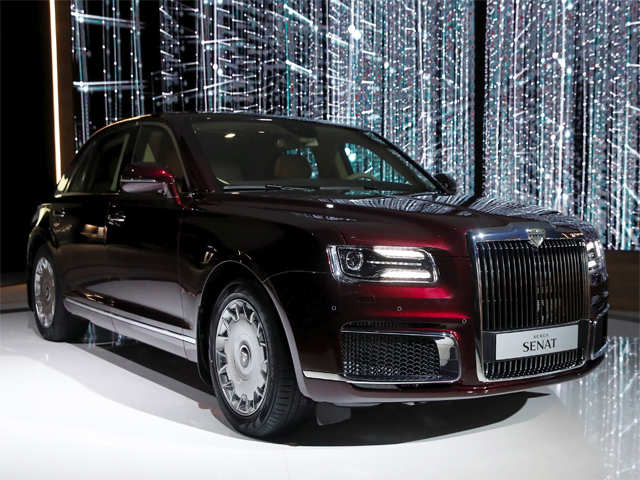 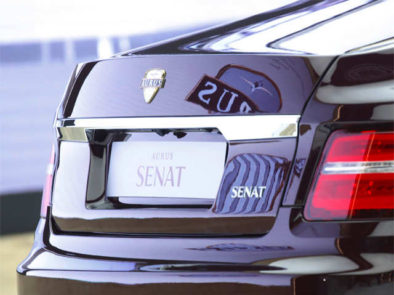 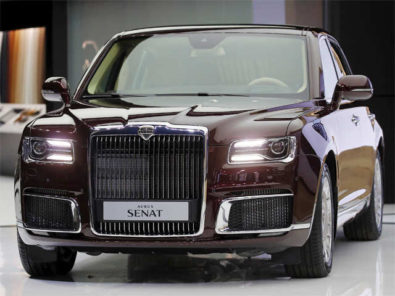 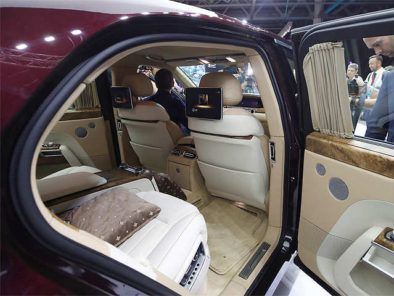 First deliveries of the Aurus Senat will take place in early 2019, with only 150 units planned for the Senat and Senat Limousine for the first two years of production. In 2021, the numbers will be increased to between 5,000 to 10,000 units, but this is ultimately subject to demand. The company is also looking to export to markets such as China and the Middle East.

The Senat won’t be Aurus’ only model, though. Other vehicles in the pipeline include a minivan, which will reportedly be called the Arsenal, an SUV called the Komendant, an off-road vehicle, as well as an all-electric motorcycle.