Aston Martin DBS Superleggera: A Brute In A Suit

Aston Martin has been on a bit of role recently, it all started out when the British manufacturer teamed up with Mercedes Benz and AMG to work on their brand-new generation of cars.

The first product of said partnership was the DB11, followed by the brand-new Vantage, and now for their flagship vehicle comes the brand new 2019 Aston Martin DBS Superleggera. What Aston themselves say is “A Brute In A Suit“. 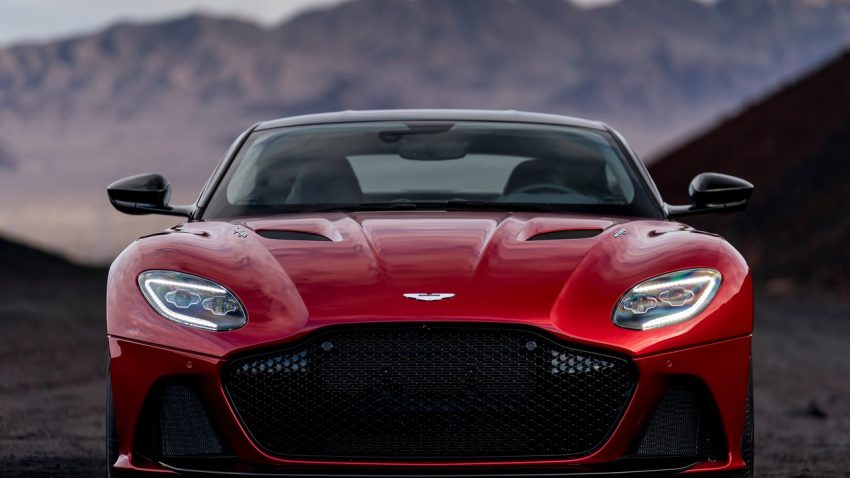 The Superleggera in the DBS’s name might be somewhat familiar to you, it what’s Lamborghini called their lightweight track focused Gallardo models back in the day. But believe it or not Aston was actually the first to use it the way back in 1967 with the Aston Martin DB4.

Related:  Future Lamborghinis to be Hybrid V10 or V12s- No Turbos!

But enough with the history lesson, can we all take a moment to appreciate just how breathtakingly beautiful the new DBS is? Aston’s design team already knocked it out of the park when it came to designing the brand new DB11 and Vantage, but with the DBS Superleggera they took it to a whole new level, its probably one of the best looking Aston Martin’s ever made. 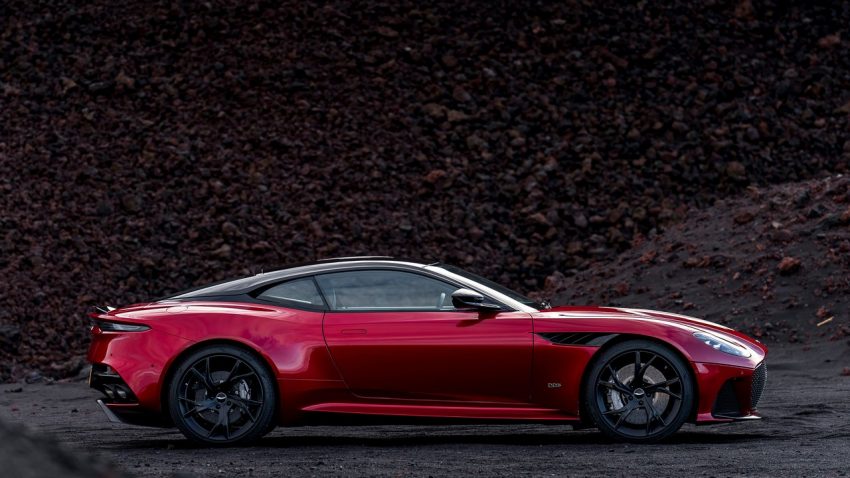 While some people do feel the DBS looks to similar to the standard DB11, it couldn’t be further from the truth. Aston have massively widened the front air intake to allow for up to 50% more airflow than the DB11. The rear end has been completely redesigned with sharper rear taillights and a small fixed rear wing that features Aston’s trademarked second generation Aeroblade technology.

Let’s talk power on the Aston Martin DBS Superleggera, the standard DB11 makes 600bhp from its twin turbo 5.2 liter AMG derived V12. With the DBS they decided to take that V12 and tune it all the way up to 11. It now produces 715bhp and 664lb-ft of torque, to put that number into perspective it is only around 20bhp short of the massive naturally aspirated 6.5 liter V12 found in a Lamborghini Aventador. 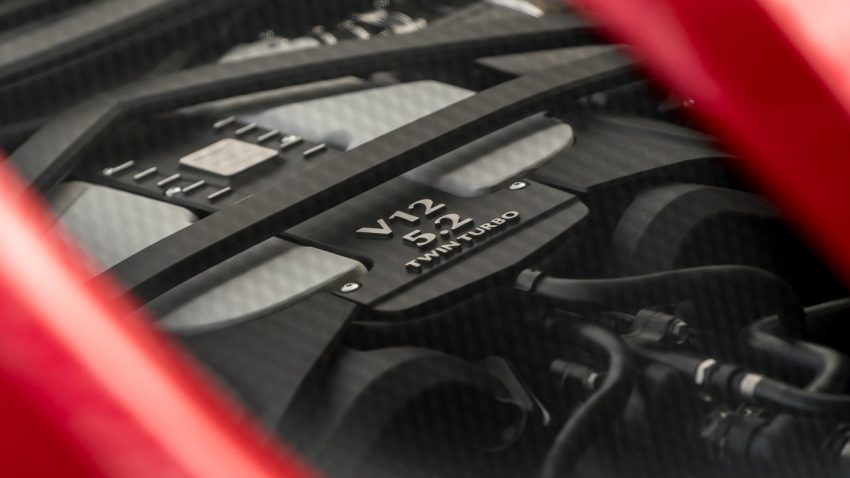 Power from this massive engine will be sent through the rear wheels through an automatic 8-speed transmission. This makes for a 0-60mph time of just 3.4 seconds, 0-100mph is over with in just 6.4 seconds, and the DBS Superleggera can push all the way to a top speed of 211mph. These numbers are enough to even make the DBS’s biggest rival the Bently Continental Super Sports look tame.

The DBS also loses over 160 pounds in weight compared to the DB11 weighing in at a total 3,733 pounds. This was achieved largely in part to the DBS’s brand-new carbon fiber body panels that include the front bonnet and the roof. The carbon fiber panels will even provide the structural rigidity needed to handle the DBS’s near 400 pounds of sheer downforce. 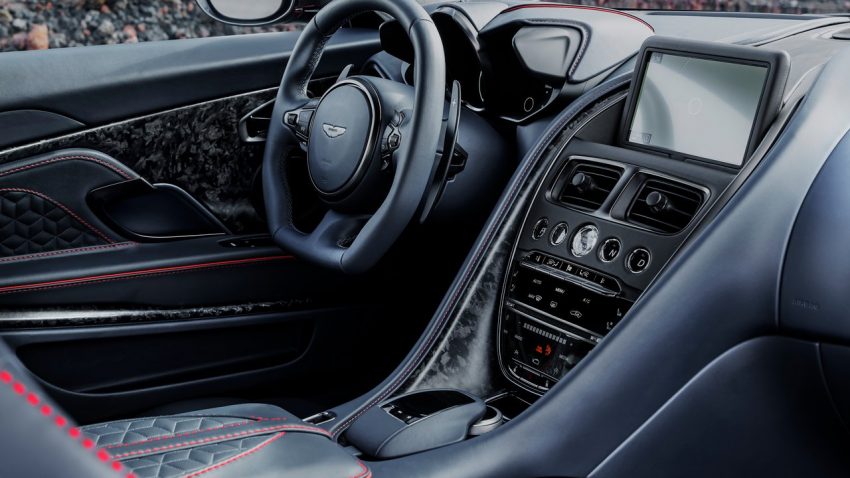 Step inside the DBS and you will find the same elegant interior as in the DB11. While the Aston Martin DBS Superleggera might not be able to beat something like an 812 Superfast around the track, it has the Ferrari absolutely licked when it comes to interior quality and feel. No one can do interiors quite can Aston can with features like their forged carbon inlay panels, the beautiful and elegant layout off all the switchgear and buttons, and with probably the most unique leather stitching pattern you’ll find on any road car today.

While pricing for the Aston Martin DBS Supperlegera has yet to be revealed it is estimated to be around the $300,000 mark. Deliveries are set to begin by the end of the year, and we cannot wait to see images of this brute driving down the roads near years’ end. 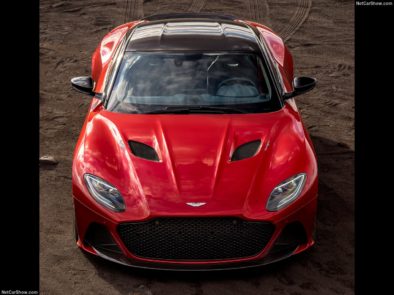 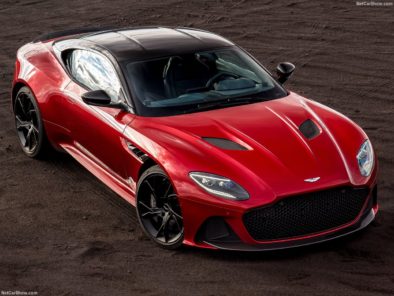 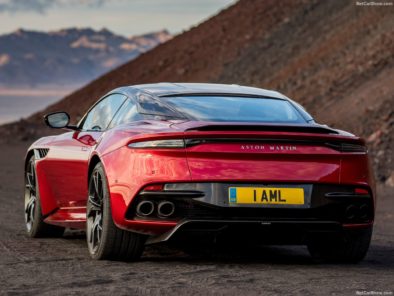 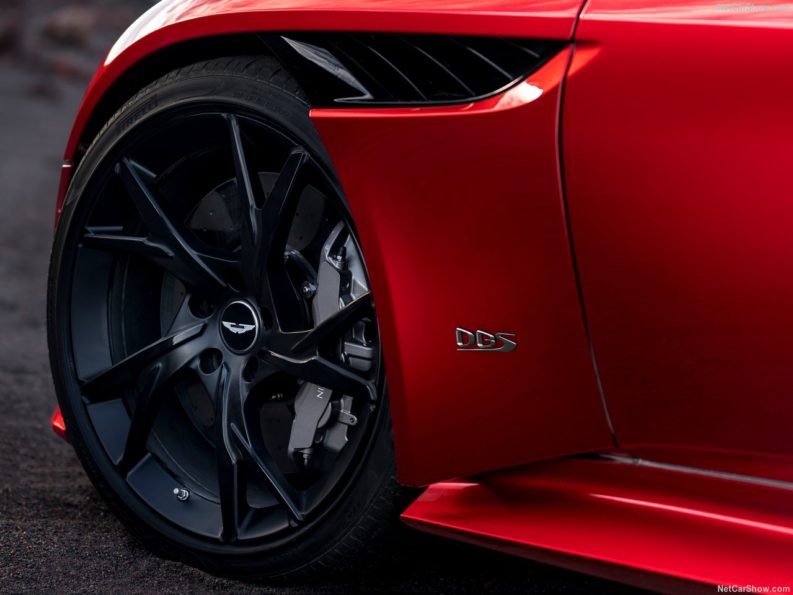 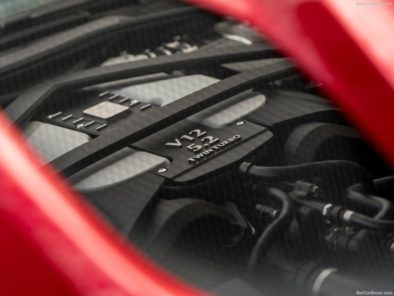 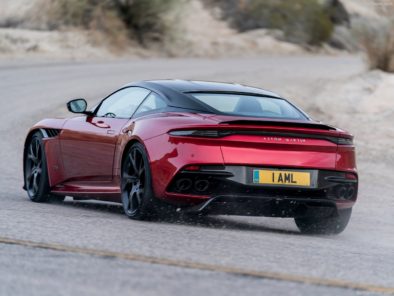