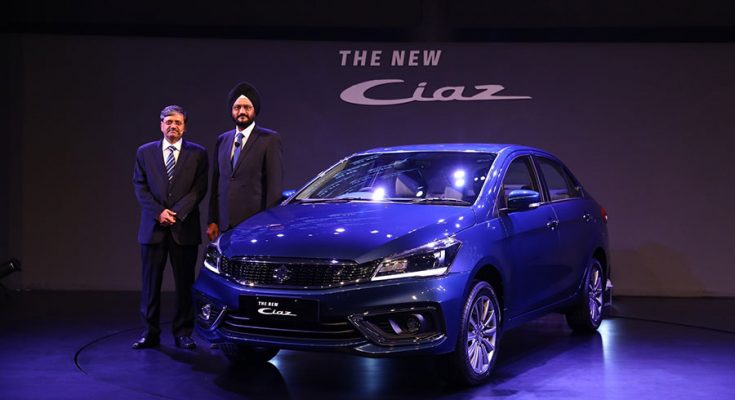 The much anticipated 2018 Maruti Suzuki Ciaz facelift has been launched in India at a starting price of INR 8.19 lac (PKR 14.4 lac). Ciaz which has received an update after almost 4 years in India, continues to be available in four variants: Sigma, Delta, Zeta, and Alpha, in both petrol and diesel engine options.

The 2018 Ciaz facelift gets a new front fascia as compared to the previous model, with updates including a re-designed grille, new swept-back headlamp cluster which includes projector lamps and daytime running lamps as well. The front end also gets a new bumper with bigger intakes and beefier design.

Additionally, the 2018 Ciaz facelift also gets new 16-inch alloy wheels and minor updates to the rear such as new LED tail lamps as well as chrome garnishing on rear bumper.

The interior of the new Ciaz facelift is more or less similar to the pre-facelift model, however there are a few new touches in the form of new faux wood inserts and a new steering wheel along with new upholstery. The new Maruti Ciaz continues to get smartphone connectivity in the form of Apple CarPlay and Android Auto and Suzuki’s recently launched ‘Suzuki Connect’ telematics system. Other improvements to the interior include a revised instrument console with new 4.2-inch color MID, cruise control and adjustable rear-seat headrests. 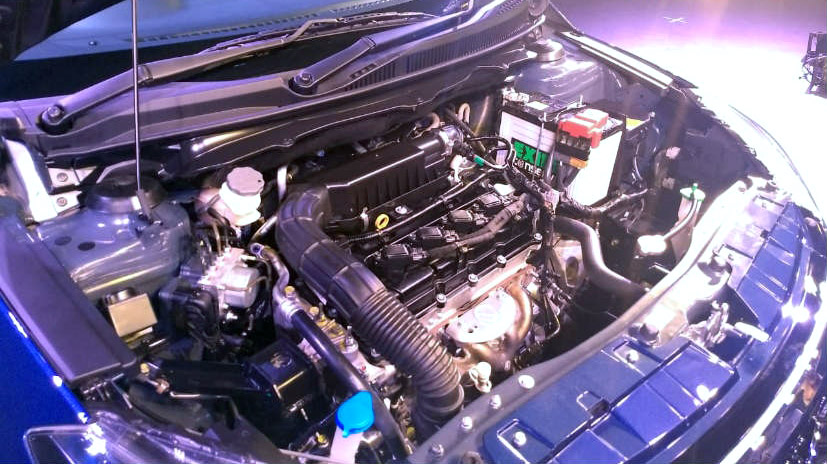 The biggest update on the 2018 Ciaz facelift is the new 1.5-liter K-Series petrol engine with mild hybrid technology, which replaces the old 1.4-liter unit on the pre-facelift model. The new engine churns our 104hp along with 138Nm of peak torque. The 2018 Ciaz facelift features the next-gen smart hybrid system as standard. The new mild-hybrid system comes with dual battery and provides torque assist, idle start-stop and brake energy recuperation. 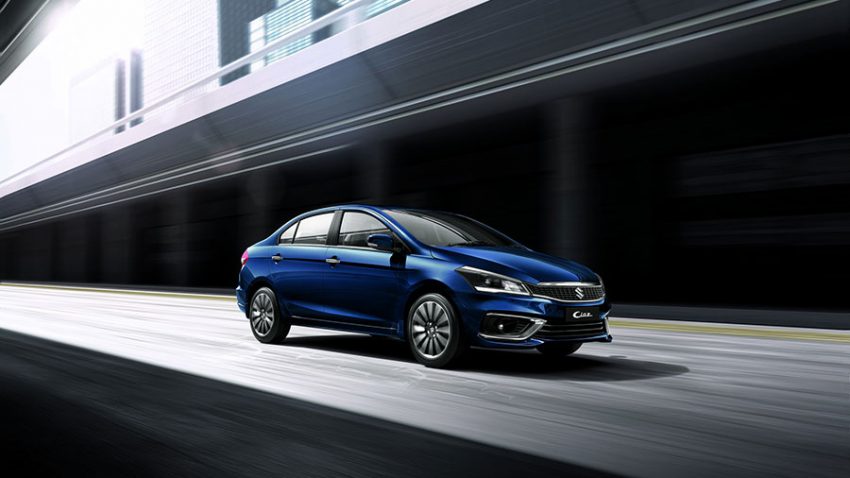 The petrol variant of the 2018 Maruti Suzuki Ciaz Facelift mileage is rated at 21.56 km/l for the manual gearbox variant and 20.28 km/l for the automatic variant, making it the best-in-class when it comes to fuel efficiency. The 2018 Ciaz facelift will continue to have the same 1.3-litre turbo charged diesel engine as earlier, which makes 89hp and 200Nm of peak torque and has a fuel efficiency of 28.09 km/l. 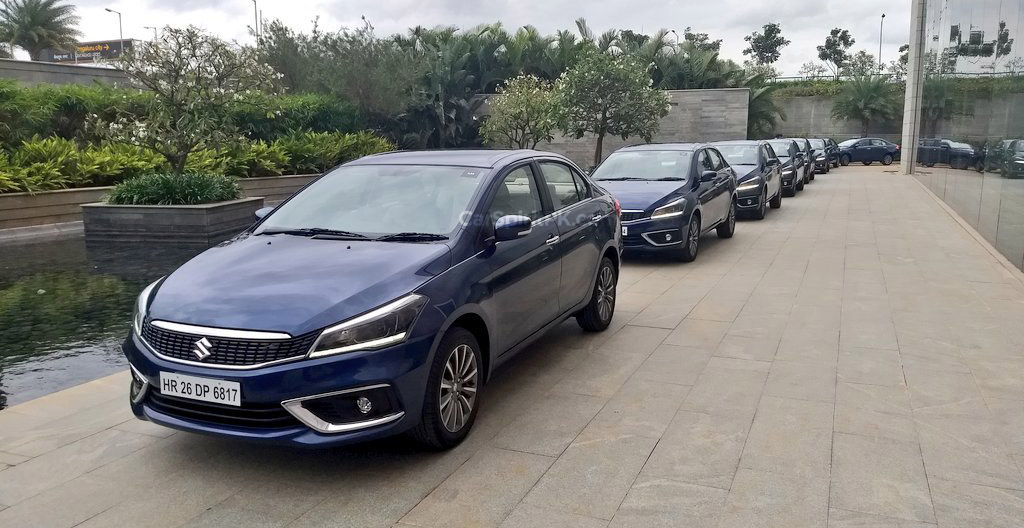 In India, the 2018 Suzuki Ciaz facelift will continue to rival the likes of Hyundai Verna, Honda City, Skona Rapid, VW Vento and the new Toyota Yaris. The Suzuki Ciaz has already received a facelift in China late last year known the Alivio Pro, while after the Indian market launch, the Ciaz facelift will start to reach other markets by 2019. 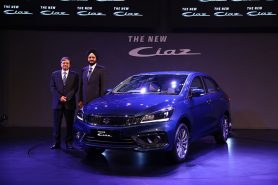 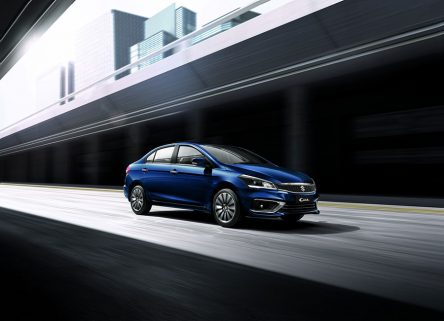 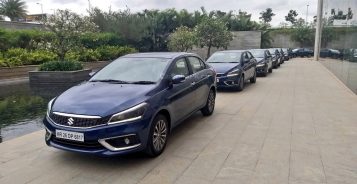 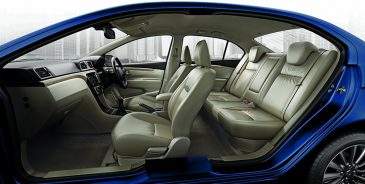 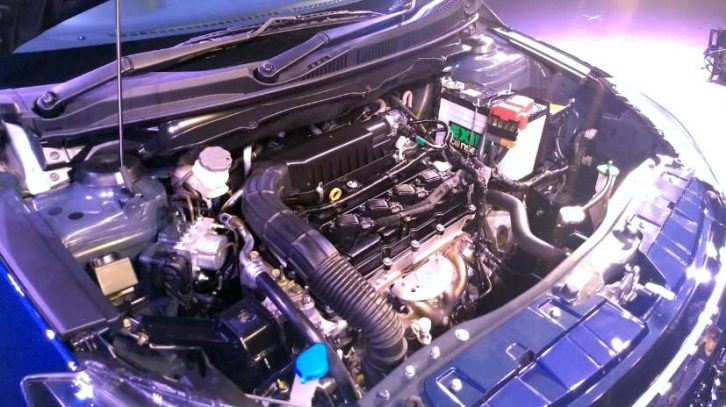 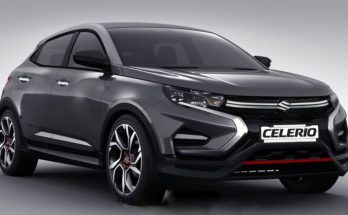 Next Generation Suzuki Celerio to Debut in October