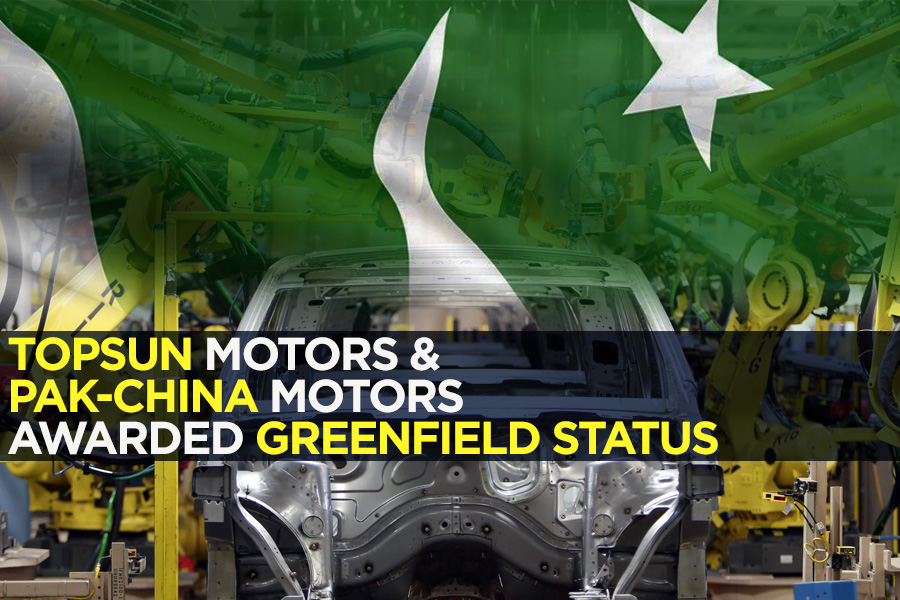 The Ministry of Industries and Production (MoIP) has awarded Greenfield status to 2 more companies namely Topsun Motors and Pak-China Motors.

Under the Automotive Development Policy (ADP) 2016-2021, the number of companies that have been granted the Greenfield status now stands at 10 whereas two companies have so far been awarded the Brownfield status.

The Engineering Develop Board (EDB) will provide a manufacturing certificate and list of importable components to new investors after the companies authenticate manufacturing and assembly facilities setup by the firm can produce quality vehicles.

Topsun Motors founded in 2015 is dedicated to the marketing and maintenance of wide range of automobiles. Topsun is currently operating in Punjab only, whereas their nationwide expansion plans are underway.

On the other hand Pak China Motors, formerly known as Karakoram Motors, have reportedly joined hands with Lifan Autos of China. Karakoram Motors during its previous tenure was the first to launch Chinese cars in Pakistan. They were the same people who introduced the Chery QQ and were the sole distributors of some of the largest and famous Chinese automobile brands including Chery, Changan and Gonow.

According to the policymakers, the entry of newcomers and establishment of new production plants for automobiles will help bring down the prices as it did in case of motorcycles.