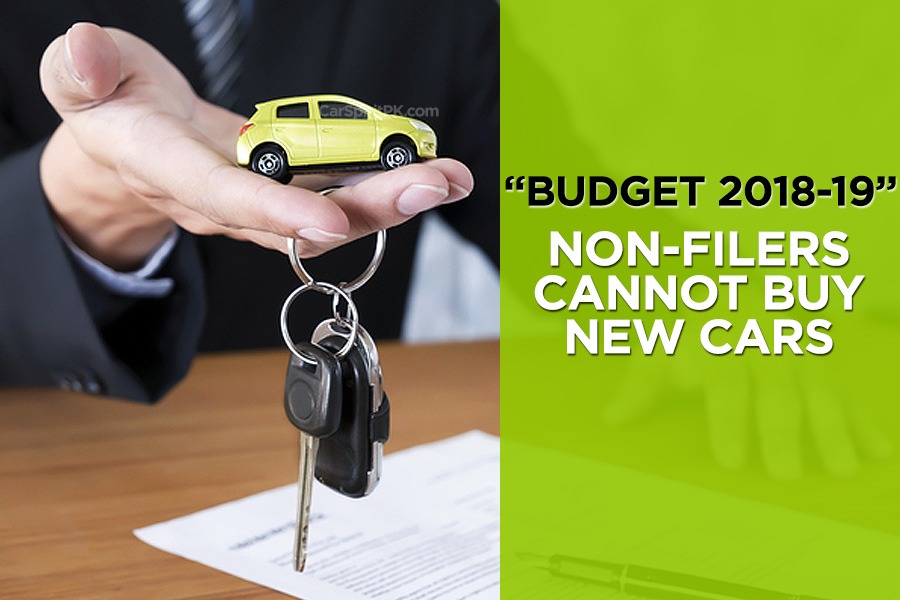 Government of Pakistan in the Federal Budget 2018-19, has barred non-filers from buying new motor vehicles, as well as from purchasing property that has a declared value of over Rs 4 million, if their names do not feature in the active taxpayers’ list (ATL) of the Federal Board of Revenue (FBR).

“Non-filers shall not be permitted to purchase new motor vehicles manufactured in Pakistan or new imported vehicles,” states the Finance Bill for 2018. If passed by the National Assembly, the proposal would be effective from 1st July 2018.

Pakistan requires all its citizens whose taxable income exceeds Rs 400,000 per year, to file income tax returns. However, in a country of 207.7 million, only 1.26 million returns were filed last year. The proportion of returns filed to overall population stands at 0.6%, and conveys the dismal picture of tax collection in the country.

In this scenario, non-filers of income tax returns as well as local auto assemblers are in a rude shock, while the reaction to this measure has largely been an adverse one. According to an industry official, while talking to The Express Tribune:

“It will jeopardize all our efforts to counter the menace of premium, as the decision will motivate investors to buy cars and sell to non-filers on a hefty premium.”

The official recommended the government to increase the difference in tax applicable for filers and non-filers on purchase of vehicles. Currently, non-filers already have to pay a higher amount in withholding taxes and vehicle registration costs. The official further added:

“We are hopeful that government will consult stakeholders before the step is implemented. It directly affects one of the biggest industries in Pakistan.”

The budget measure comes at a time when the country’s auto sector is undergoing a massive growth period, and sales figures have touched 192,734 units in nine months of 2017-18, a 22% year-on-year increase. Motivated by the growth, new auto players are also vying to make a place by setting up assembly/manufacturing plants in the country.

However, the budget measure could possibly dent the auto sector’s growth. The move to disallow non-filers from vehicle purchase could also give rise to changes in the auto sector. It is likely to increase the prices of used cars due to greater demand, while also forcing non-filers to look for other alternatives.