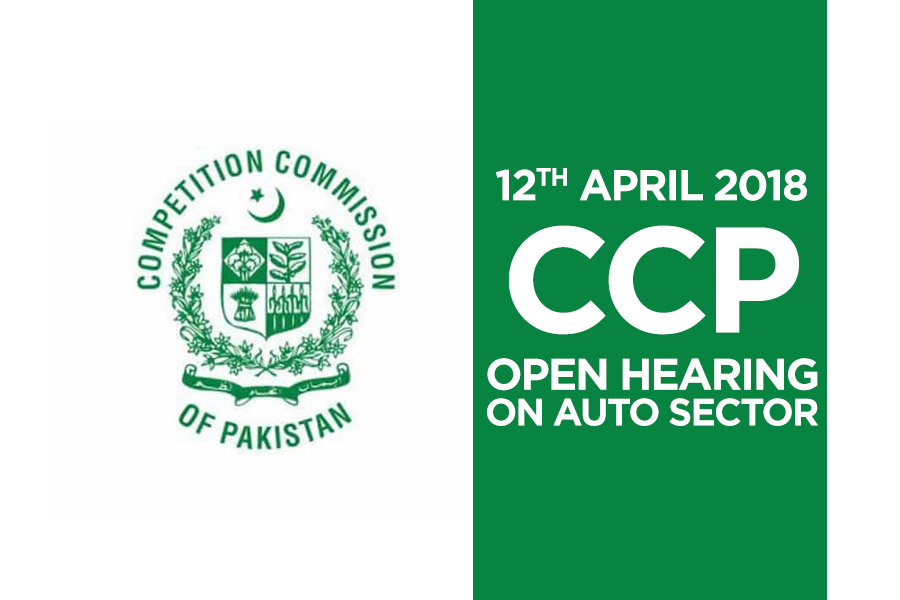 The Competition Commission of Pakistan (CCP) on Thursday held an open hearing on the Automobile Sector in Pakistan to get the perspectives of all stakeholders on pertinent issues of this sector.

Related: CCP to Hold an Open Hearing on Auto Sector on April 12

In her opening remarks, Chairperson Vadiyya Khalil said that the automobile sector has been playing a crucial role in generating an economic activity in the country, providing employment to a large number of people, and contributing to the national kitty through paying taxes and other relevant duties and charges. However, she said the CCP continues to receive concerns and complaints regarding the pricing of locally made cars, safety features, technological issues, delivery of vehicles, payment of premiums, and progress on localization of auto industry and deletion programs.

The open hearing, she said, has been organized to discuss those and other relevant issues so that CCP can take necessary measures under its mandate to help resolve those issues. The consumers complained of long delays in the delivery of vehicles after bookings, premiums charged by dealers, increasing prices of cars, and lack of safety features in the locally made cars.

The CEO of Indus Motor Company Ali Asghar Jamali gave a detailed presentation giving his perspective on the pertinent issues, including the company’s recent efforts to cancel orders whose authenticity could not be verified.

He said that his company had recently invested in increasing its manufacturing capacity to cope with the increasing demand. He said that the issue of premium was equally disturbing for his company and they would support all initiatives to curb the practice.

The representatives of used car importers suggested to allow the import of new cars on commercial basis, as opposed to the current practice of under transfer of residence and gift schemes, so that people have more options of choosing cars.

A representative of the EDB informed that eight applications of new entrants were approved to set up vehicle assembly plants in Pakistan including the passenger vehicles. This would result in considerable foreign direct investment in the country creating more jobs. The EDB, was providing full support to strengthen the engineering base in Pakistan by creating a level playing field for all manufacturers, he further said.

The official of Excise and Taxation Islamabad said that his department will support any policy measure to curb the practice of charging premiums by dealers. The official of FBR said that matters relating to import duties on vehicles have been decided by the Ministry of Commerce and not the FBR.

The official of Ministry of Commerce said that they were soliciting proposals from various stakeholders on the forthcoming budget including those in the automobile sector and asked the attendees to send their proposals to the Ministry.

The representative of PAAPAM said that they were working to achieve quality assurance standards in the local automotive parts industry by maximizing local content and by creating an environment which is conducive to innovation & rapid modernization.