Automakers and advertisers taking names of their competitors in their campaigns, is quite a common practice internationally. We all remember the famous billboard wars between Mercedes-Benz, Audi and BMW a few years ago and now Hyundai seems to have taken a page out of the same playbook with a new billboard that popped up in Geneva during the 2018 Geneva Auto Show. 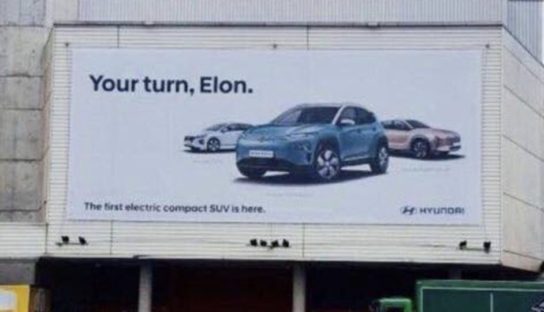 The billboard that reads ‘Your turn, Elon’ with the tagline ‘the first electric compact SUV is here’, takes a dig at the upcoming Tesla Model Y that will be unveiled sometime later this year with production slated to begin next year. Contrary to this, the new Hyundai Kona Electric was launched at this years’ Geneva Auto Show.

The Hyundai Kona offers two versions with different horsepower and range options. The less powerful version gets a 39.2 kW Lithium-Ion battery along with a motor that makes 133 bhp of peak power and 395 Nm of peak torque. This version of the Kona electric will get 300 kms of range and a 0-100 km/h time of about 9.3 seconds. While standard charge on this version will take about 6 hours, the quick charge will take just 54 minute to get the battery up to 80%of its capacity. 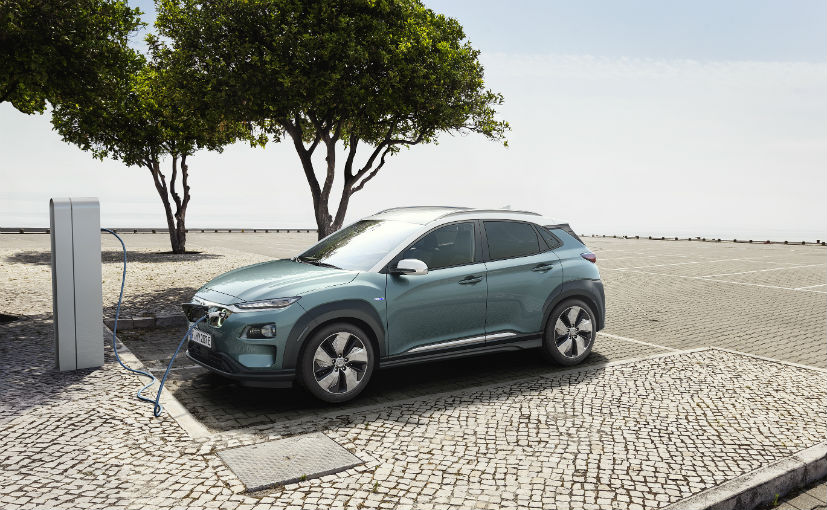 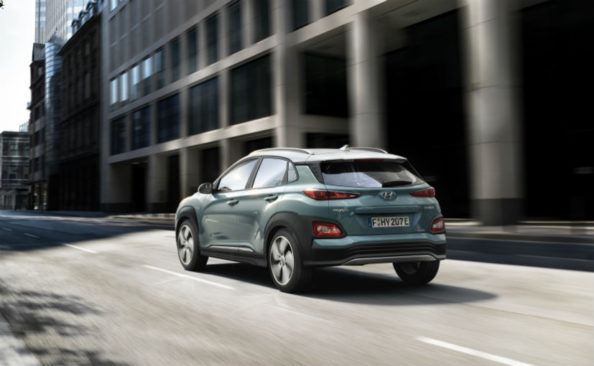 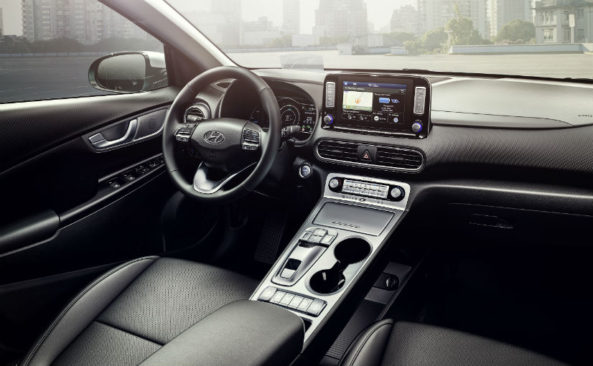 The more powerful variant of the Hyundai Kona electric however makes great numbers. The battery is a 64 kW unit mated to a motor that makes 201 bhp of peak power but the same 395 Nm of peak torque. This higher rated version will return a range of about 469 kms and will also offer a standard charging or quick charging option. The standard charge time for the battery pack will be just under 10 hours while the 54 minute quick charge will take it up to 80% just as n in the standard version.