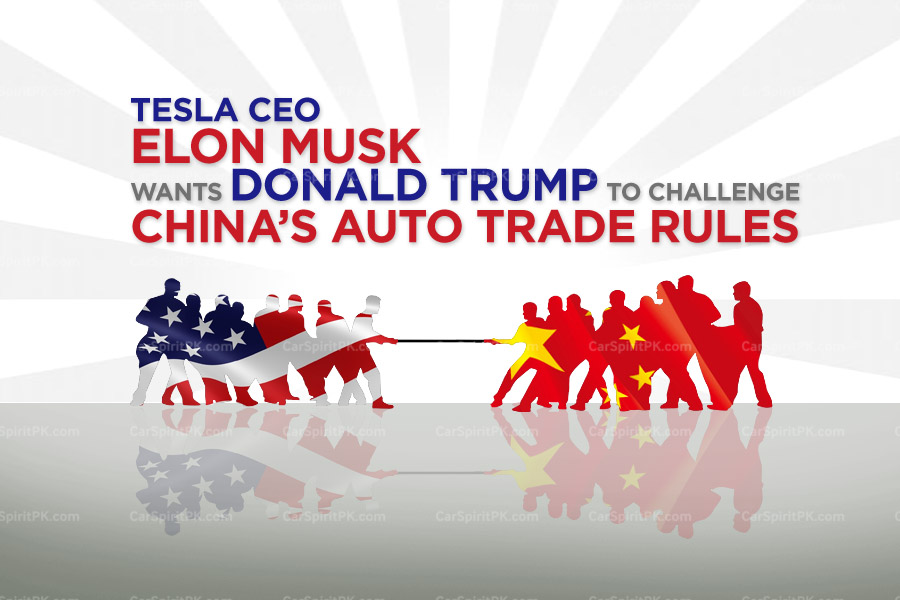 In a series of tweets aimed at the president, Musk said he was “against import duties in general, but the current rules make things very difficult. It’s like competing in an Olympic race wearing lead shoes.”

Tesla has been pushing hard to build vehicles in China, the world’s largest auto market, but has hit roadblocks in negotiations with local authorities, in part because Musk is eager to keep full control of any local venture.

“No U.S. auto company is allowed to own even 50 % of their own factory in China, but there are five 100% China-owned EV (electric vehicle) auto companies in the U.S.,” Musk wrote in another tweet.

Trump quoted one of Musk’s tweets in his announcement on new tariffs and said American automakers have not been treated fairly by trade rules around the world. Trump announced steep tariffs on steel and aluminum imports last week.

Politicians “have known it for years and never did anything about it. It’s got to change,” Trump said, saying he plans to impose a “reciprocal tax” on other countries. “We’re changing things,” Trump added. “We just want fairness.”

Tesla has sought to build a factory in the Chinese financial capital of Shanghai, and last November Musk said he hoped the plant would be operating within three years. However, Tesla and Chinese authorities have yet to announce an agreement.

China has said it will look to lower import taxes for light vehicles and carry out a pilot program to loosen foreign ownership rules for new energy vehicles, a term China uses to refer to fully-electric and plug-in hybrid cars.

China, which is making a major push towards EVs, requires foreign automakers to build factories in 50-50 joint ventures with domestic Chinese automakers and not allowed them to establish wholly owned factories.

Trump told Reuters in an interview in January that “we have helped to build China because they have taken out so much money in terms of trade deficits with this country.”

He added that “when China or another country charges us 50% tariffs – more than that in some cases – and we charge them nothing, that’s not fair. That’s not fair.”

China levies a 25% duty on sales of imported vehicles. Those are problems for Tesla, which wants to expand its presence in China’s growing electric vehicle market without compromising its independence or intellectual property.

Musk noted that a U.S. car “going to China pays 25% import duty, but a Chinese car coming to the US only pays 2.5 %, a tenfold difference.”

He asked Trump: “Do you think the US & China should have equal & fair rules for cars? Meaning, same import duties, ownership constraints & other factors.” On which Trump said the United States plans to charge countries a “mirror tax” for what American products face.