The next generation Toyota Auris hatchback has been revealed at the Geneva Motor Show with a range of new hybrid engines.

After 20 years of successful hybrid development and market presence, Toyota has decided to move to a new strategy. From now on, it will offer two hybrid powertrain options for its core models – one benefiting from fuel efficiency and a relaxing drive, while another offering greater power and more dynamic driving characteristics. The first to receive two hybrid systems is the new Auris, making its global public premiere at the Geneva Motor Show right now. 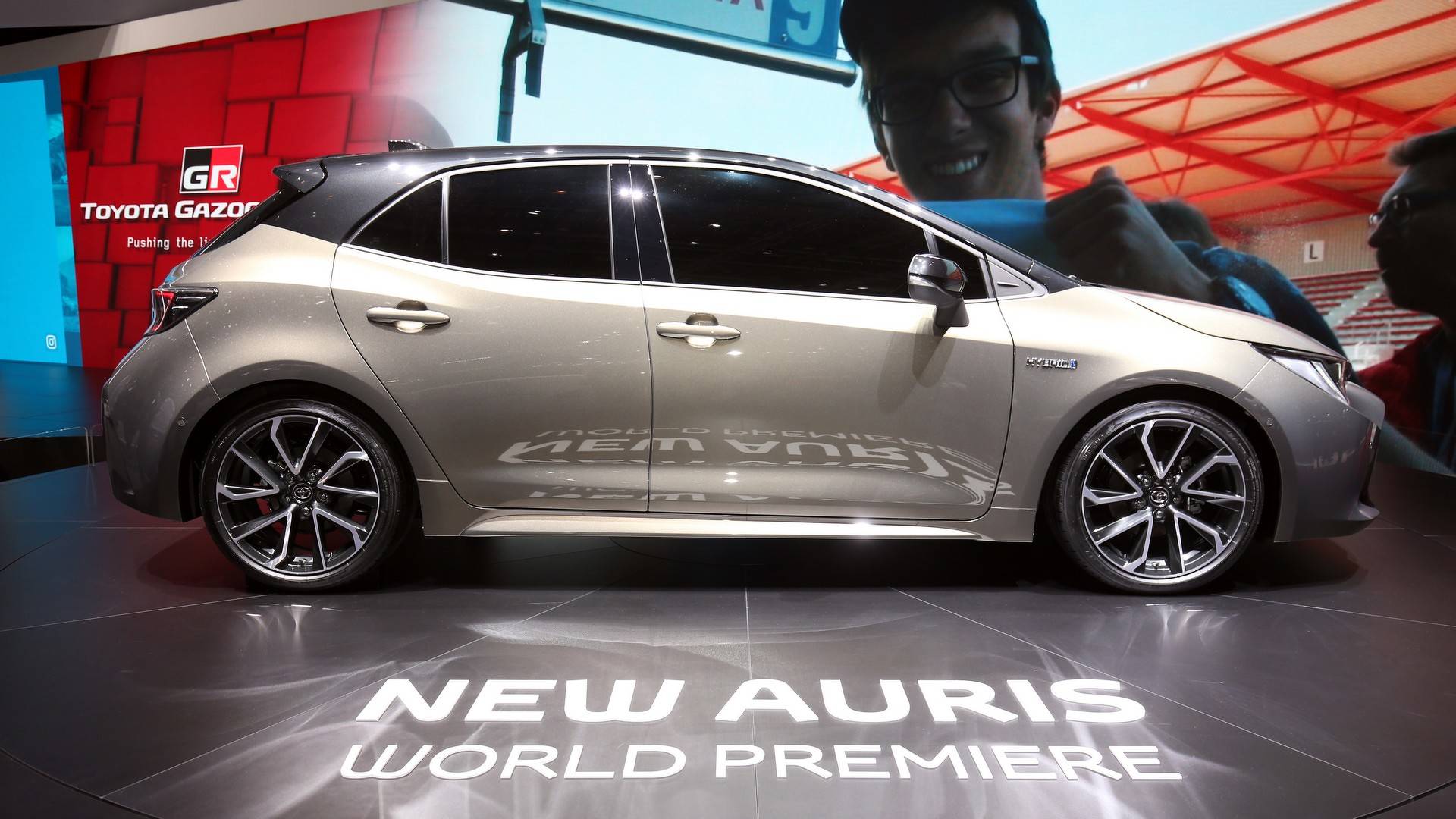 The hatchback is based on the Toyota New Global Architecture (TNGA) platform and will be offered with only one conventional 1.2-liter turbo gasoline engine. A familiar hybrid system using a 1.8-liter motor will also be available, generating 122 horsepower (91 kilowatts). Toyota says it’s “silent, intuitive & responsive” with “low cost of ownership, no need for plug-in recharging, offering outstanding fuel economy and low CO2 emissions.”

If you want more power, then there is a newly-developed 2.0-liter hybrid system, which offers “an energized drive” with 180 hp (134 kW). For even more engaging driving experience, the Auris 2.0 hybrid is equipped with steering wheel-mounted paddle shifters. 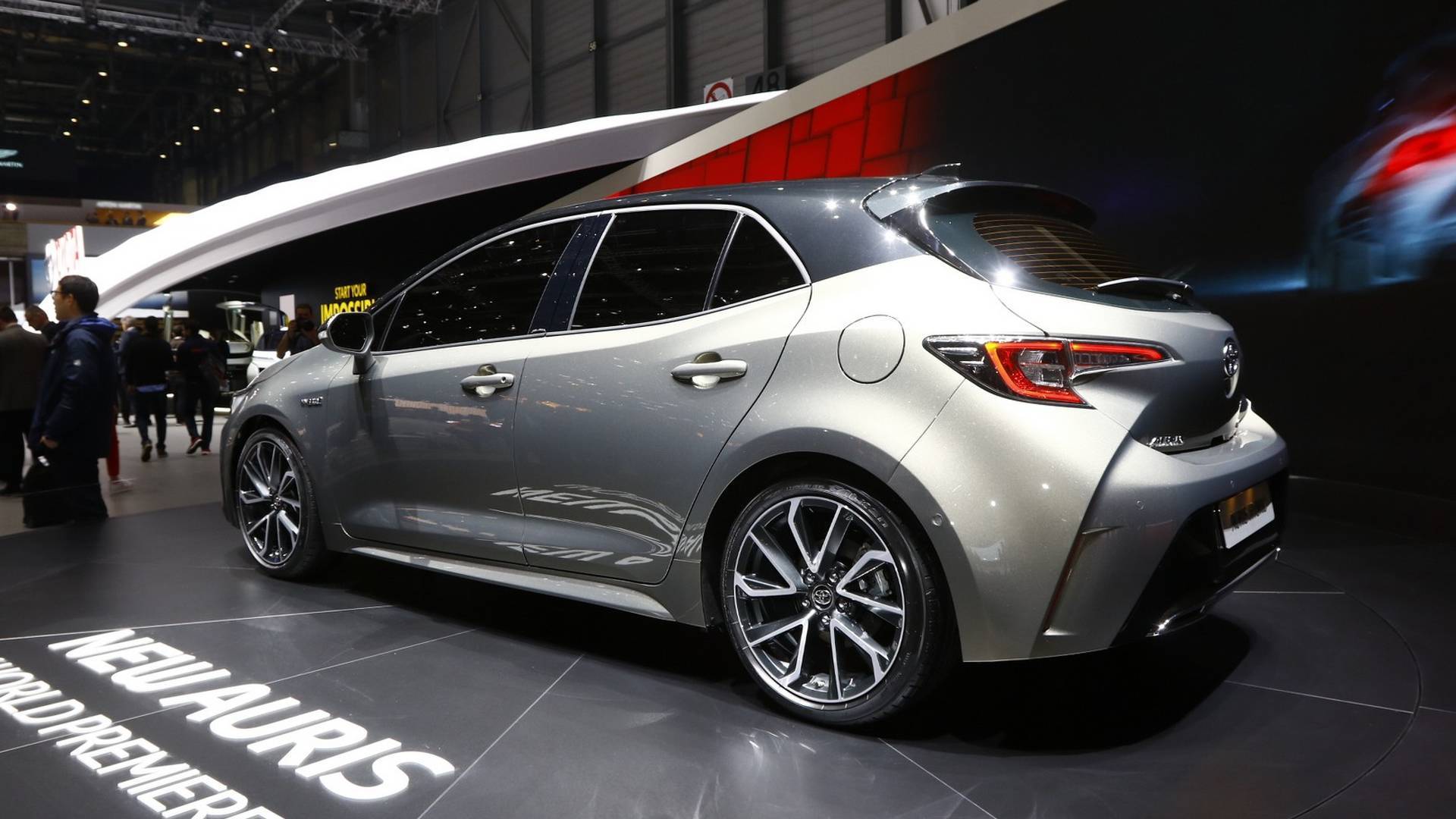 Toyota says its main goal when designing the new Auris was to create “the most bold and dynamic hatchback on the market.” Looks are subjective, but there’s no denying the third generation looks much sportier than its predecessors, despite staying true to the company’s generally conservative approach to exterior design.

The new Auris takes some inspiration from the C-HR and new Supra. It’s 40mm longer than the car it replaces, and all of that extra length has been added between the front and rear axles. This should help to increase the amount of room in the cabin. The rest of the new model’s design exploits the switch to TNGA to be 25mm lower and 30mm wider than the old Auris, and the front overhang has also been cut by 20mm, improving the car’s proportions. 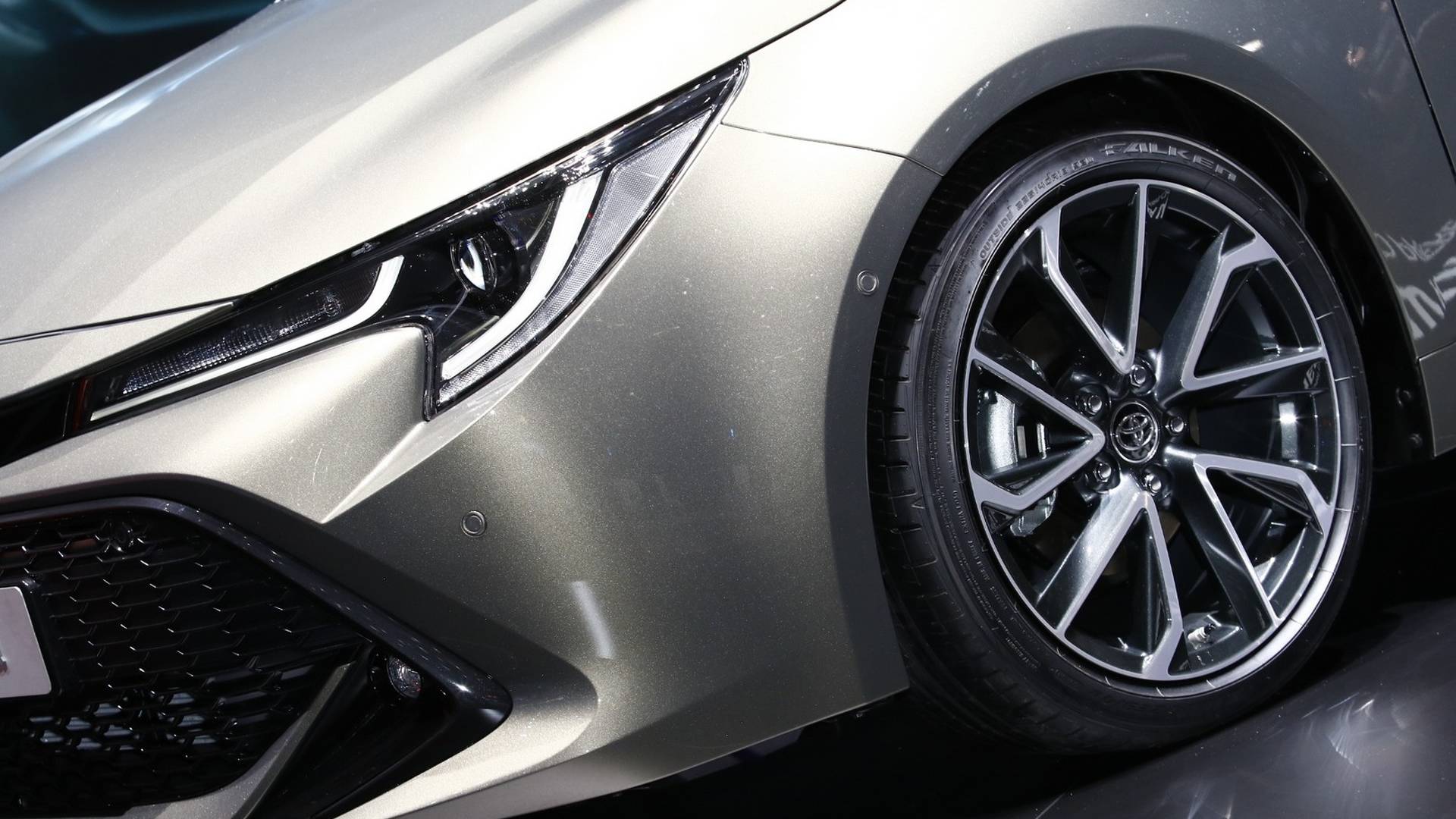 Darkened windows on the cars on the show stand means interior details are still under wraps, but the exterior styling is a hefty evolution from the current car’s, with slim headlamps and tail-lights (incorporating LED tech) along with chunky, aggressive front and rear bumpers, plus a lower grille whose shape, Toyota claims, is designed to emphasize the latest car’s width.

The new Auris will form the basis of the next-generation Corolla sedan. The previous Auris model was already called the Corolla hatchback in a number of markets including Australia, and the use of the nameplate is expected to be expanded to the UK with the new generation. The new Auris will go on sale in Europe by the end of this year. 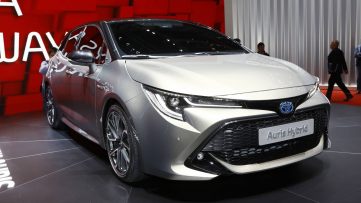 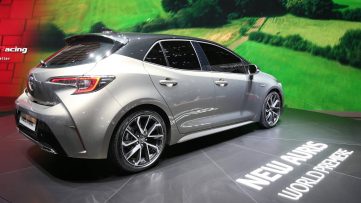 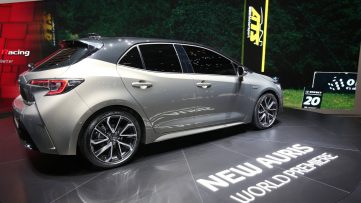 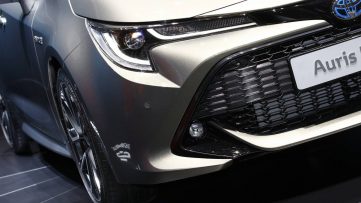 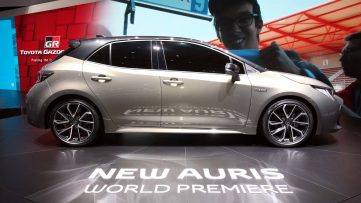 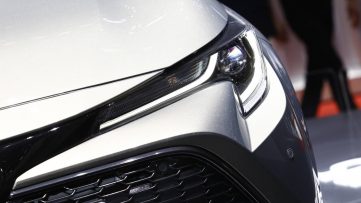 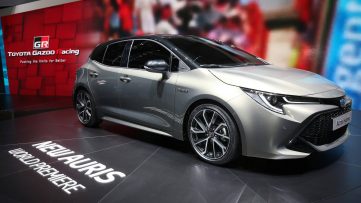 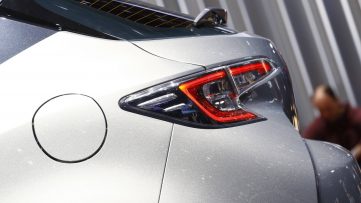 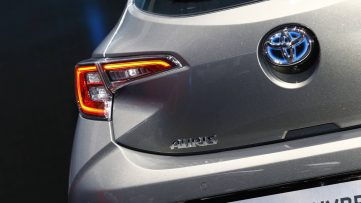 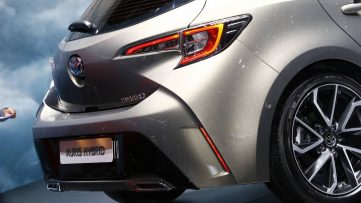 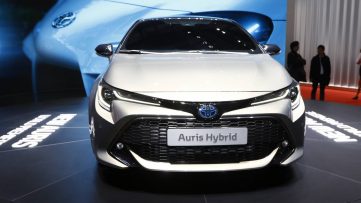