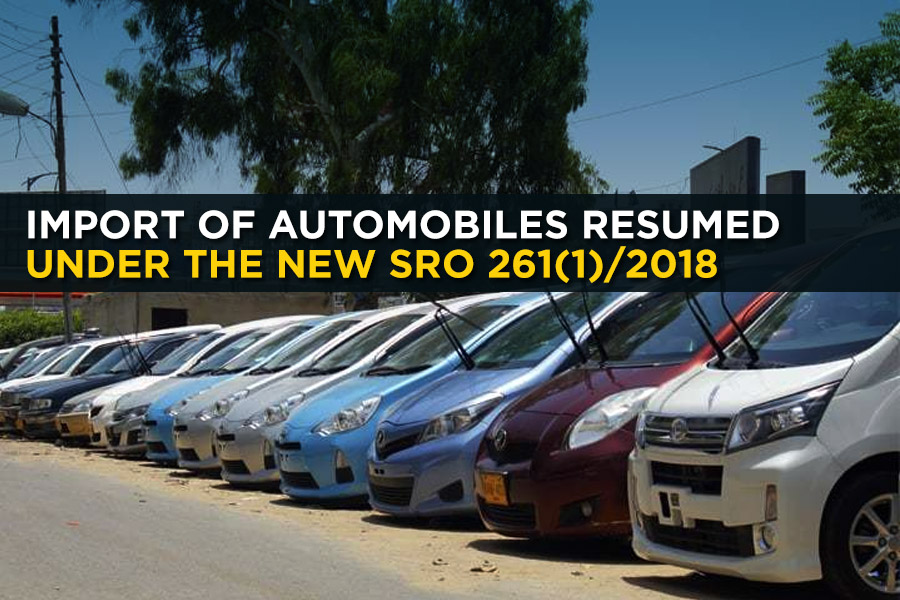 The federal government has formally resumed the former automotive import coverage via issuing the new SRO 261(1)/2018 on 23rd February 2018. The newly issued SRO states as:

In workout of the powers conferred via the sub-section (1) of section3 of the imports and Exports (control) Act, 1950 (XXXXIX of 1950), the Federal Executive is happy to direct that within the Import Coverage Order, 2016, in Appendix-E, in paragraph three, in sub-paragraph (five), for the expression “All cars in new/used situation”, the expression “In case of automobiles with the engine capability of 1800cc and above and 4×4 cars in new situation” will probably be substituted.

SRO261 was issued on Friday, implementing a decision of the Economic Coordination Comm­ittee of the Cabinet doing away with the conditions introduced to minimize misuse of the facility.

On the recommendation of the State Bank of Pakistan, commerce ministry notified new rules for clearance of used imported cars which required that payment of duties and taxes on every vehicle must be made from a bank account controlled by the person shown as the importer under baggage and transfer of residence rules.

The ministry said it introduced the new provision to stop the misuse of these facilities by commercial importers of used cars. But the new rules left close to 10,000 cars stranded at the port because orders for them had been placed prior to the notification of the new rules.

The import of used cars are only allowed to overseas Pakistani under three schemes — transfer of residence, personal baggage and gift scheme.

After the new notification, the provision of arranging foreign exchange remittance to pay the duties for the cars up to 1800cc will not apply. But in the case 1800cc cars and above, the procedures will remain the same — payment of duties and taxes in foreign exchange by the importers from his/her own bank account. This means they still need to arrange customs duty through remittance.

This decision was taken to control outward remittance through informal channels. The commercial importers in Pakistan arrange passports of overseas Pakistanis and import car in their names. However the decision was reversed following tremendous pressure from the vested interests involved in the commercial imports of these cars.