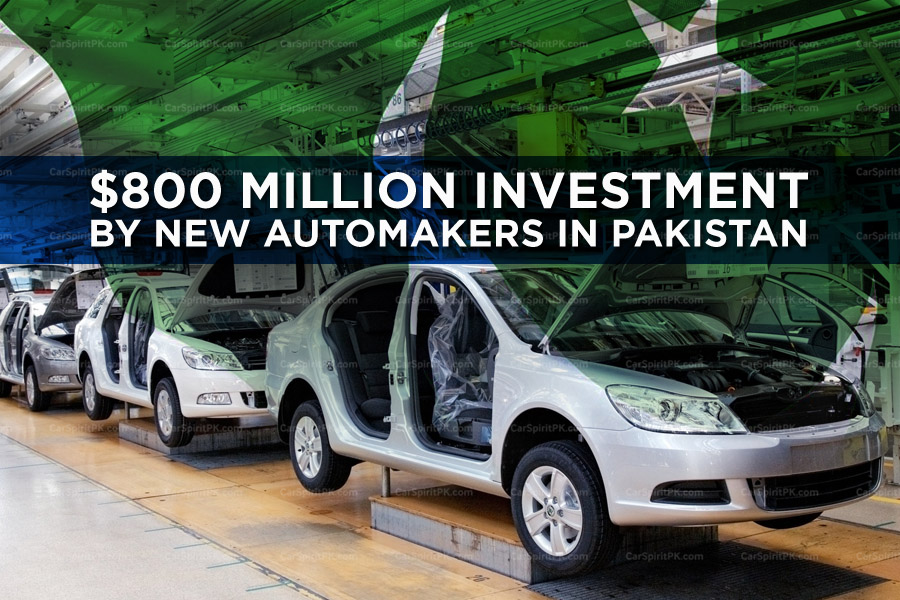 Five vehicle manufacturing companies including Hyundai, Kia, Regal Automobiles, Khalid Mushtaq Motors and United Motors have been granted Greenfield investment status by the government under the Automotive Development Policy 2016-21, which is expected to bring investments of over $800 million to Pakistan.

According to the Engineering Development Board (EDB), it is facilitating fresh investments in the auto sector from new companies including joint ventures with foreign players. It is anticipated that with the revival of Dewan Farooque Motors, which has been given the go-ahead to manufacture vehicles under the Brownfield investment category, will re-launch Shehzore pick-up trucks shortly whereas Daehan Dewan Motor will manufacture Ssangyong Tivoli SUV with an investment of $145 million. It has also been learnt that the case of Ghandhara Nissan is also under consideration, which is planning to launch Datsun in Pakistan with an investment of around $41 million.

Since the announcement of the five-year auto policy in March 2016, auto giants from South Korea, Germany and France have been quickly drawn into the Pakistan market. Kia and Hyundai have already started working on their assembly plants while Volkswagen and Renault have already announced their plans to set up plants in the country.

The industry will finally see tough competition in automobile sector when companies like Hyundai, Volkswagen, Kia and Renault will start production from 2019. According to EDB, it has already facilitated investments amounting to $531 million and the total will cross $800 million after more proposals.