KIA is all set to make a comeback in Pakistan as the Kia-Lucky joint venture; a Yunus Brothers Group company (YBG) has been hiring candidates in various disciplines.

KIA vehicles have been in Pakistan in different eras sold by different ventures but unfortunately each time they were failed to make a lasting impact in our market and eventually faded out.

KIA first emerged in our market during the mid 90s when Naya Daur Motors (under the Tawwakal group) introduced 1000cc Kia Pride hatchback and 1 ton pickup Kia Ceres in Pakistan. However according to court filings, the company took over Rs 800 million as booking from 16,000 people and delivered only a few hundred vehicles before going bankrupt. The collected money was allegedly transferred outside Pakistan for the company’s other businesses. This put an utterly bad impression on the KIA brand since the after sales support of the delivered units was next to nothing.

In late 90s Dewan Farooque Motors Limited made agreements with Hyundai and KIA to assemble and sell their vehicles in Pakistan.

The plant built in rural Sindh’s Sujawal area at a cost of Rs 1.8 billion was completed in seven months. It was the first automobile manufacturing plant in the country to have robotic paint machines. With the capacity to make 10,000 vehicles a year, DFML produced 95,429 vehicles between 2000 and 2011 which included Kia Spectra, Sportage and Hyundai’s Santro. Dewan acquired Pakland Cement in 2004 for Rs 1.1 billion in cash soon after which Dewan group started to post losses cascading into problems for the entire group in just 24 months. Things kept turning from bad to worst and by 2008 were vanished from mainstream news. Dewans were eventually declared the defaulters of over Rs 40 billion and hence the KIA chapter in Pakistan was closed for the second time.

After the new automobile policy 2016-21 surfaced, Karachi-listed Lucky Cement, which is part of the vast conglomerate Yunus Brothers Group (YBG), announced to set up a plant in order to start manufacturing and assembling KIA vehicles in Pakistan.

Related: KIA will Launch Stonic and Stinger in Europe

Earlier in June 2017, the Ministry of Industry and Production allowed Kia-Lucky Motors Pakistan Limited, along with United Motors Private Limited and Nishat Group to set up units for assembly and manufacturing of vehicles under the Greenfield investment category.

This time however KIA has the strongest chance of getting into the success stream due to the following reasons:

The Picanto hatchback is a small city car which was first introduced in 2004. The first generation Picanto was also launched in Pakistan just before Dewan went into troubles. The Picanto is currently in its third generation and was officially unveiled at the 2017 Geneva Auto Show held earlier this year. 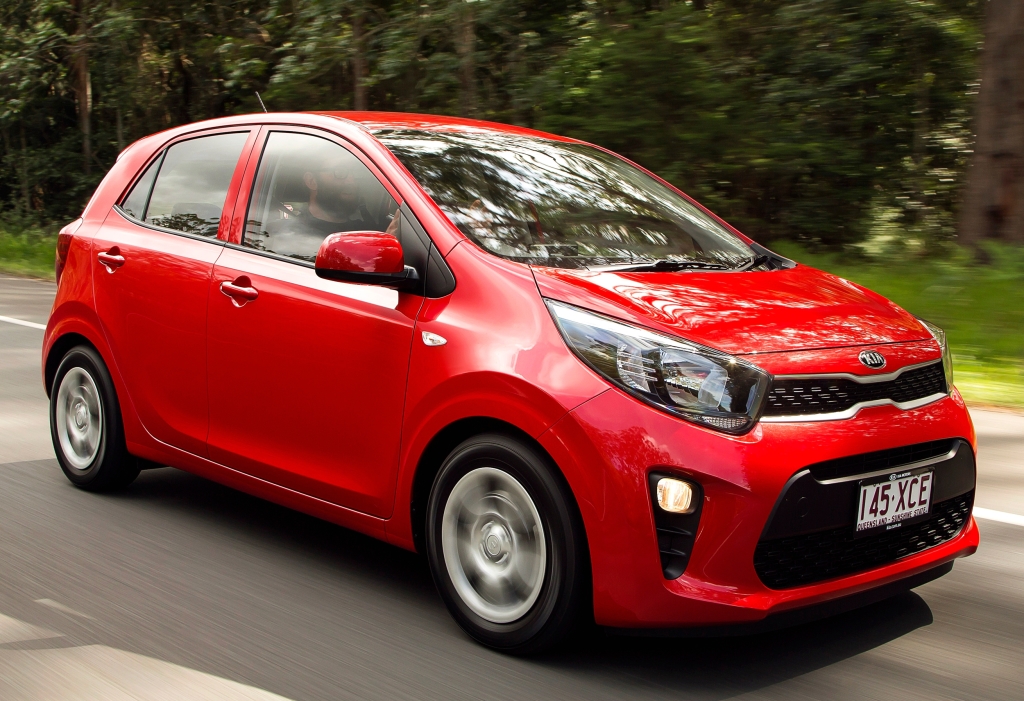 The Picanto is equipped with a choice of three engines: 1.0 liter Kappa II three cylinder engine in naturally aspirated and turbocharged forms, and a 1.2 liter Kappa II four cylinder engine. Both 1.0 liter engines are mated exclusively with a 5-speed manual transmission while the 1.2 liter engine is offered with an optional automatic transmission.

The Rio is a subcompact car available in both sedan and hatchback forms produced since August 2000. The second generation Rio was launched in Pakistan just before Dewan went bankrupt hence the sedan never saw success in Pakistan. Currently the Rio is in its fourth generation that was unveiled at Paris Motor Show late last year.

The 4th gen Rio is available with an array of engine options in different markets across the globe. Ranging from a 1.0 liter turbocharged Kappa engine, 1.6 liter Gamma to a 1.4 liter U-line TCI turbo diesel engine. However it makes more sense if either a 1.2 liter Kappa or 1.4 liter Gamma engine is introduced in Pakistan. Bear in mind the Gamma engines were developed in 2010 & of a relatively older technology as compared to Kappa engines which are modern, lighter and more fuel efficient.

Just a few months of launch, the 4th generation Rio has already won the 2017 Red Dot Award for Passenger Car Design and the 2017 iF Design Award for a Disciplined Product. The Rio (also known as K2 in China) was KIA’s best selling model worldwide in 2012 and 2015.

The South Korean manufacturer has been producing world-class vehicles today compared to the ones that we were exposed to, and with KIA-Lucky group setting up an automobile manufacturing & assembling plant in Pakistan under the Greenfield investment category, one may expect to see the likes of new KIA Picanto hatchback and Rio sedan running soon on our roads.

Do you think KIA will be able to break the monopoly of Japanese trio in Pakistan, let us know with your comments? I would like to see Kia Rio hatchback in Pakistan.