Remembering the Datsun Bluebird from the 1960s

Looking back into the past, plenty of cars that were once popular in our market eventually faded into history. Among those forgotten gems was the Datsun Bluebird 410/411, a popular sedan of its time that was available between 1963 and 1968.

Recalling my childhood the Bluebird was a common sight on our roads. My late grandfather who was an avid Nissan fan had bought one in 1968 which served him for nearly 27 years up until the mid 90s. There was also a time when there was not just one, but two Datsun Bluebirds standing in his garage.

Even in the 90s when there were B12 and brand new B13 Sunny to adorn their car porch, the 410 Bluebird in chic condition was always there to perform day to day tasks. And I am pretty sure those who have had this car know very well how reliable the Bluebird 410 was. Let’s have a look at the brief history of the highly successful & dependable Datsun Bluebird 410.

Datsun is an automobile brand owned by Nissan. From 1958 up to 1986, vehicles exported by Nissan were identified as Datsun, hence the Bluebird in our market back then was also known as Datsun Bluebird.

The Bluebird name was introduced way back in 1957. It has been Nissan’s most internationally recognized sedan, in multiple body styles, and is best known for its dependability and durability. Bluebird is also one of the longest-running nameplates from a Japanese automaker.

The Datsun Bluebird was the traditional competitor of Toyota Corona as the latter was developed to continue offering a sedan to be used as a taxi since Toyota Crown was growing in size. Hence every generation of the Bluebird has been available as a taxi too. 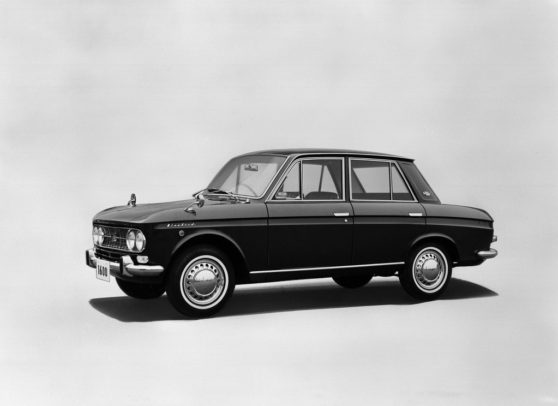 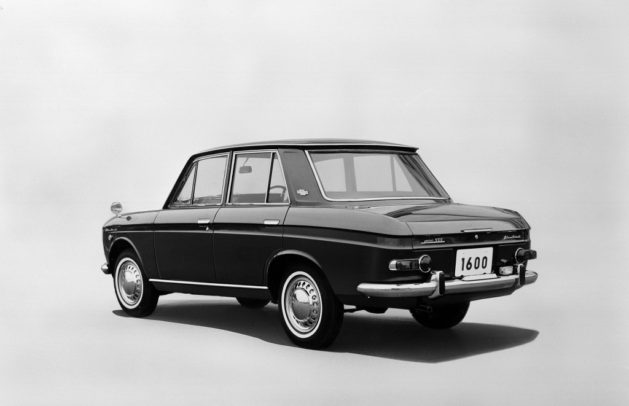 The 1964 Datsun 410 marked a quantum shift in car design for Nissan, in both design and construction. The Bluebird 410 series went into production in 1963 and was penned by the famed Italian design house Pininfarina who were best known for their work with Ferrari and Fiat. They came up with a very pretty and modern design which had very obvious Italian looks, and yet at the same time they managed to give it a definite oriental feel.

Structure-wise the 410 was a big change from the predecessor 312 which had a separate chassis, while the 410 featured a monocoque design, with an integrated body and chassis. This saved weight and construction costs too. 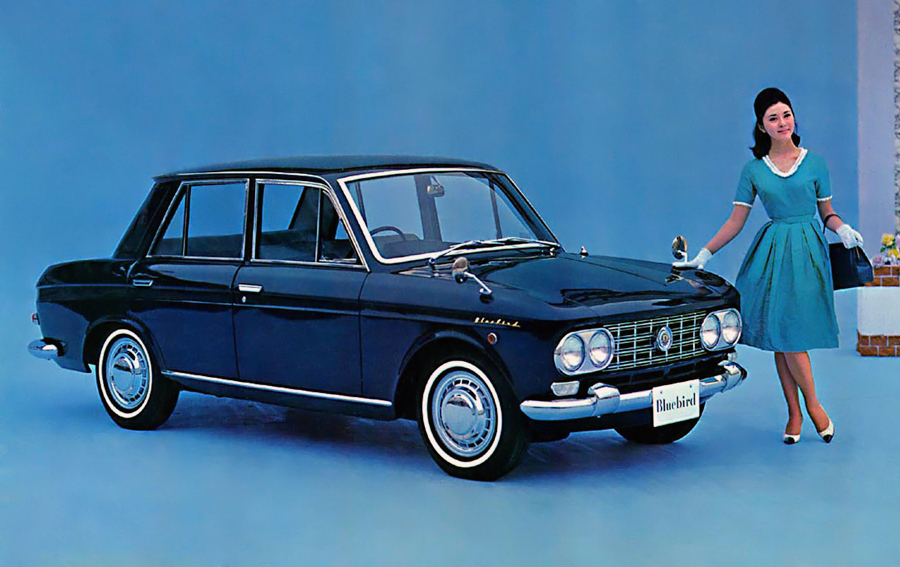 The overall length of the car was fairly close to that of the 312, but it was significantly lower, and had a longer wheelbase with smaller front and back overhangs, all of which made it look longer and sleeker than its predecessor. The large glass area gave the car an airy feel, which was exaggerated even more on the deluxe models with their stainless steel window frames.

Carrying a Front Engine/ Rear Wheel Drive layout, the 410 initially came with the 988cc C1 engine in the economy version, but was quickly upgraded to the E1 1189cc engine with a 2 barrel carburetor that produced 60 horsepower. 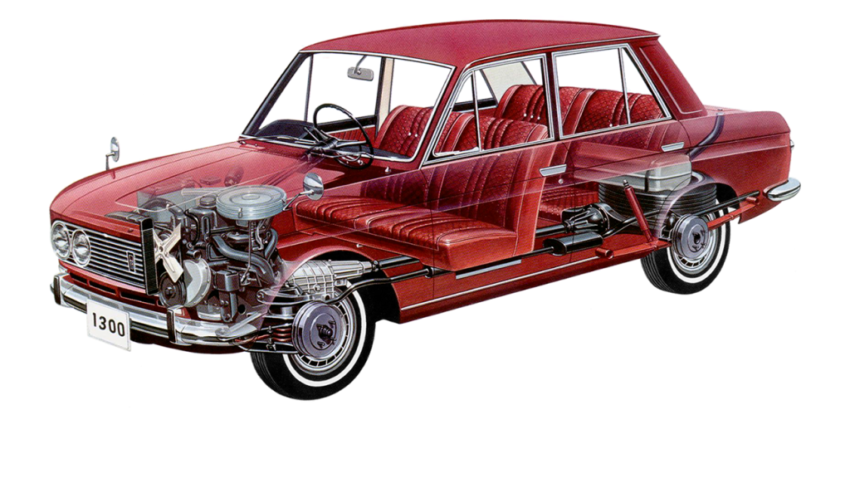 Although internationally the Bluebird 410/411 was available in several body styles including a 2 door/ 4 door sedan, 3 door van and 5 door station wagon, the most common in our country remained the 4 door sedan. The majority of these cars were shipped with a 3 speed column shifter, but a 4 speed floor change unit was also available in later (411) models. The 3 speed column shifter allowed three passengers to be accommodated on the front bench seat easily. 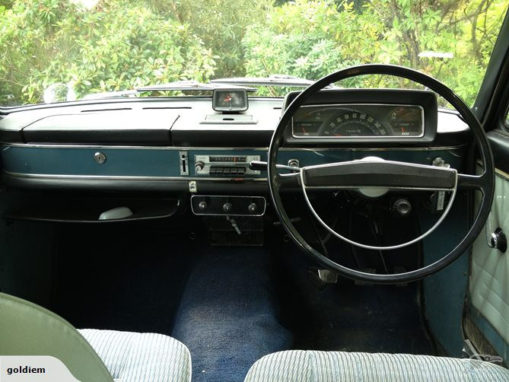 There were various trim levels available, but the deluxe models had stainless steel door frames and windscreen frames, and also a stainless sill strip. The interior was also much more modern considering that era. The dashboard had a padded black top covered in vinyl, with a painted steel section below. It featured a black plastic instrument binnacle that rose up above the dash. A radio and a top mounted clock were an option on most models.

Like every other market, the Bluebird 410/411 series was one of the most popular and reliable cars of the sixties and remained a prime choice back then, for people looking for a reliable and affordable family sedan in Pakistan. Share with us if you have had an experience of the classic Datsun Bluebird 410/411. 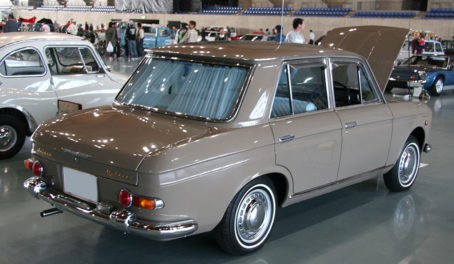 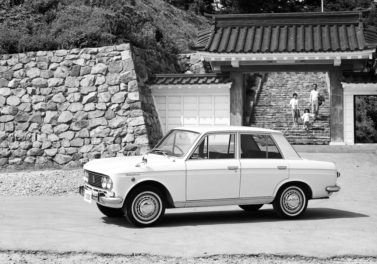 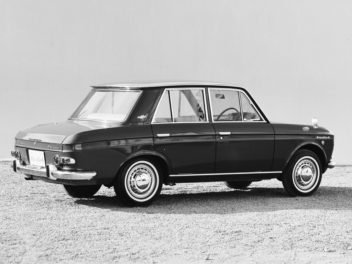 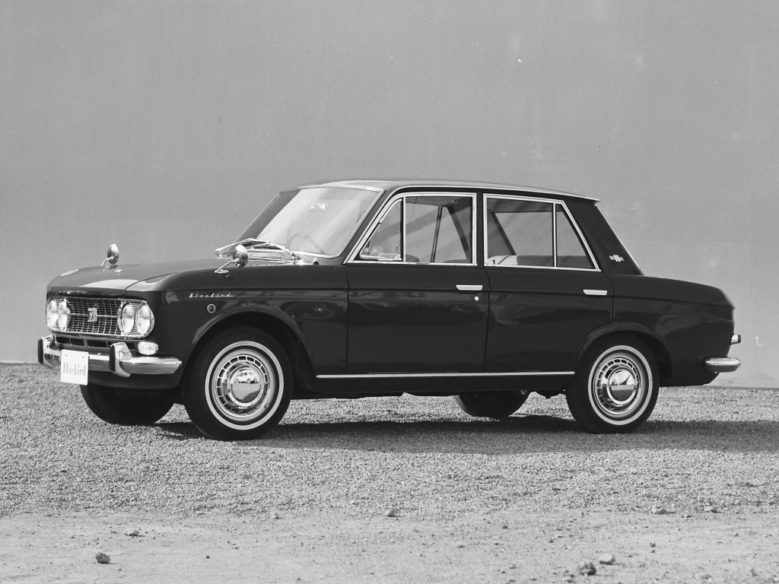 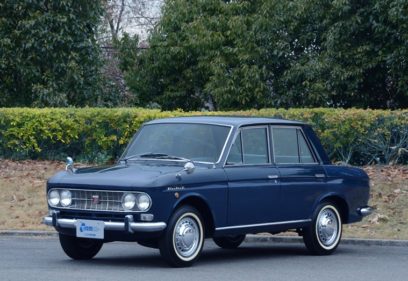