The upcoming Suzuki Swift Sport’s catalogue has been leaked. Images of the brochure highlights the features including the new bumper with sharper cuts and creases bigger and single piece front grille along with bigger fog lamp enclosures.

The 2018 Swift Sport rides on new dual tone alloy wheels. At the back, it features a faux diffuser that houses a dual exhaust setup with chrome tips and a stop lamp. The headlamp and tail lamp profile and detailing remain the same.

The new Suzuki Swift Sport features bucket seats with ‘Sport’ in red lettering just under the headrest. The cabin gets red accents on the seat, center console, gear lever and across the dashboard. The instrument dials too get red highlights with the tachometer finished in red and the speedometer in grey. 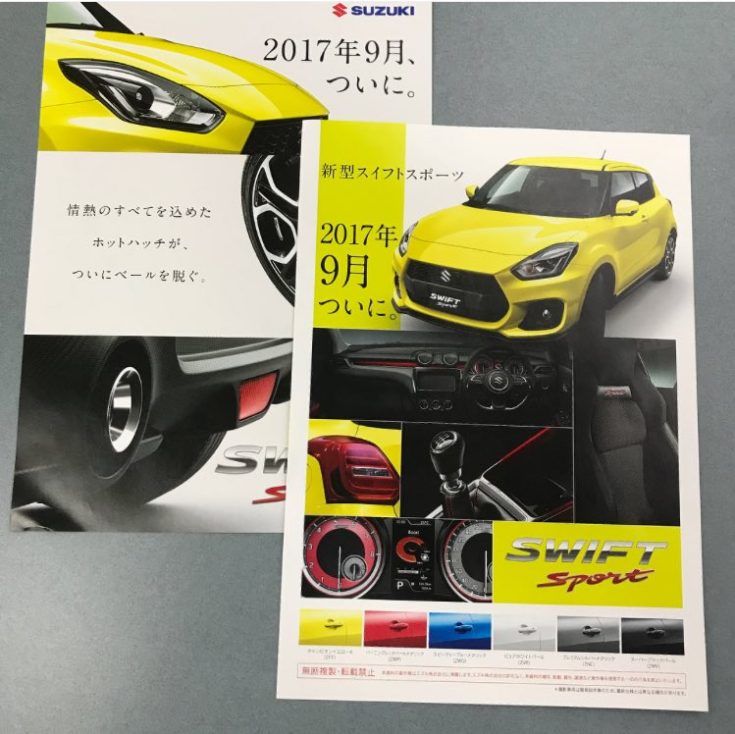 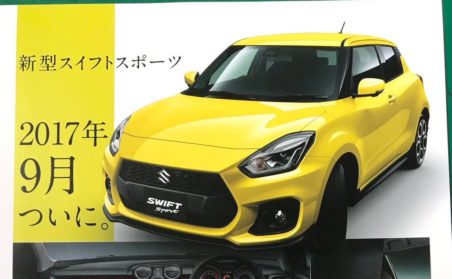 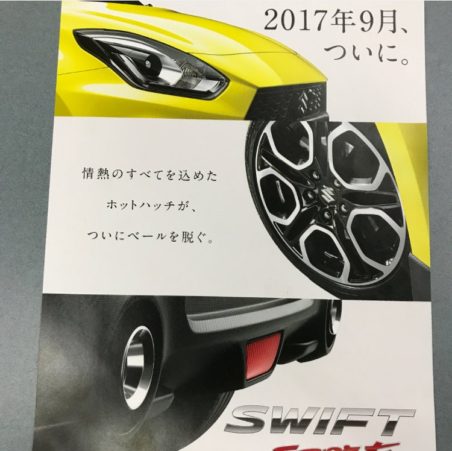 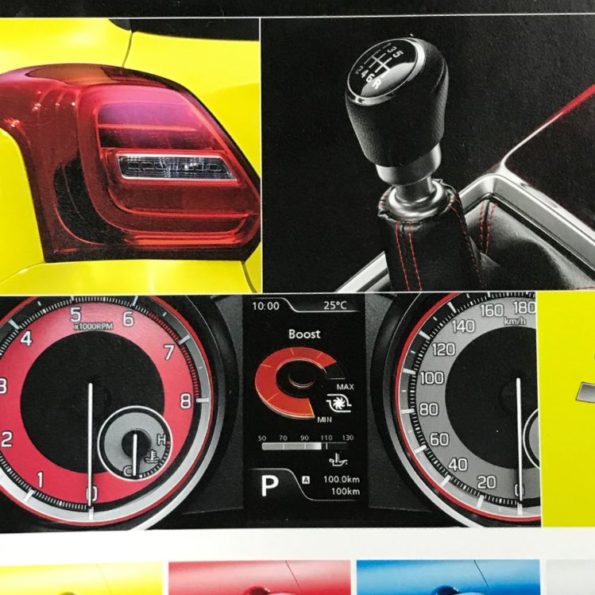 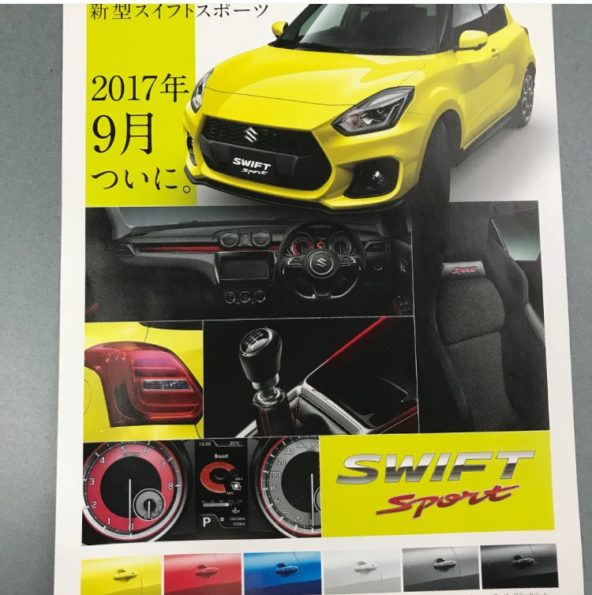 The new Swift Sport will reportedly get a 1.4-litre turbocharged four-cylinder unit which produces 103kW of power and 220Nm of torque mated to either a 6-speed manual or 6-speed automatic gearbox.

The catalogue leak also lists the colors on offer – Yellow, Red, Blue, White, Grey, and Black. Other details will be revealed at its official debut at 2017 Frankfurt Auto Show on 12th September.