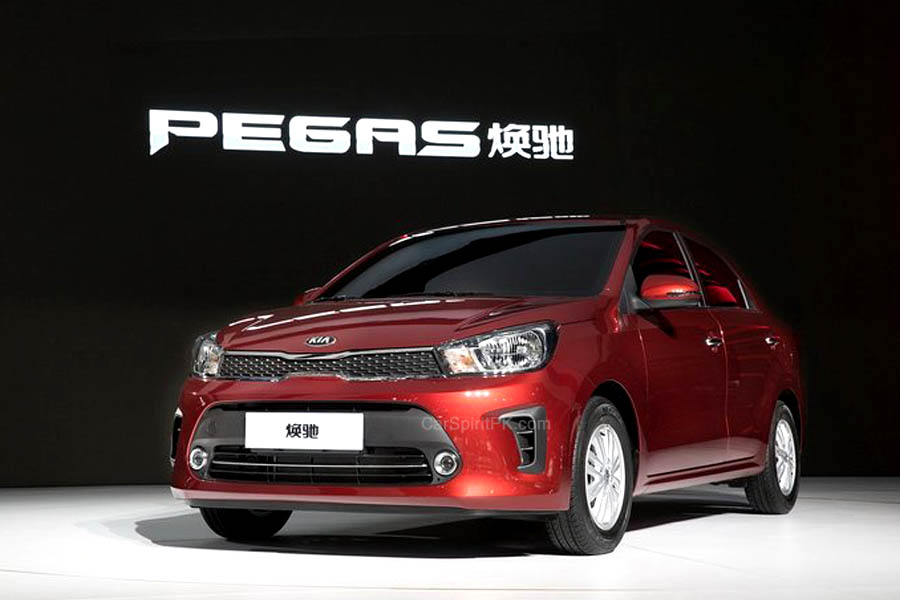 One of those cars is called as the Pegas, and it’s a compact sedan that targets young & first time car buyers. It carries KIA’s instantly recognizable design, with the ‘tiger nose’ grille, a visual signature of all modern KIA cars sold around the world.

It has a 2,570 mm wheelbase, and a maximum boot capacity of 475 liters, which, according to the automaker, makes it “one of the most versatile, useful cars in its class”. The company didn’t have much to say about it, except that it gets a large sunroof, and a front passenger central armrest to enhance comfort on long journeys.

Powering the new Kia Pegas is a 1.4-liter multi-point injection petrol engine that churns out 95 PS (94 HP) and 133 Nm (98 lb-ft) of torque. The output is channeled to the front wheels through a standard 5-speed manual, or an optional 4-speed automatic transmission.

In August 2010, China was the first to get the Hyundai Verna sedan launched as the China-only model, later the same was rebadged and launched in several other countries. BMW also launched their first ever front wheel driven 1-series sedan in China, the same is now destined for European markets. Although the KIA Pegas will initially be launched as a China-only model, it may possibly reach other emerging markets in future perhaps with different a badge.