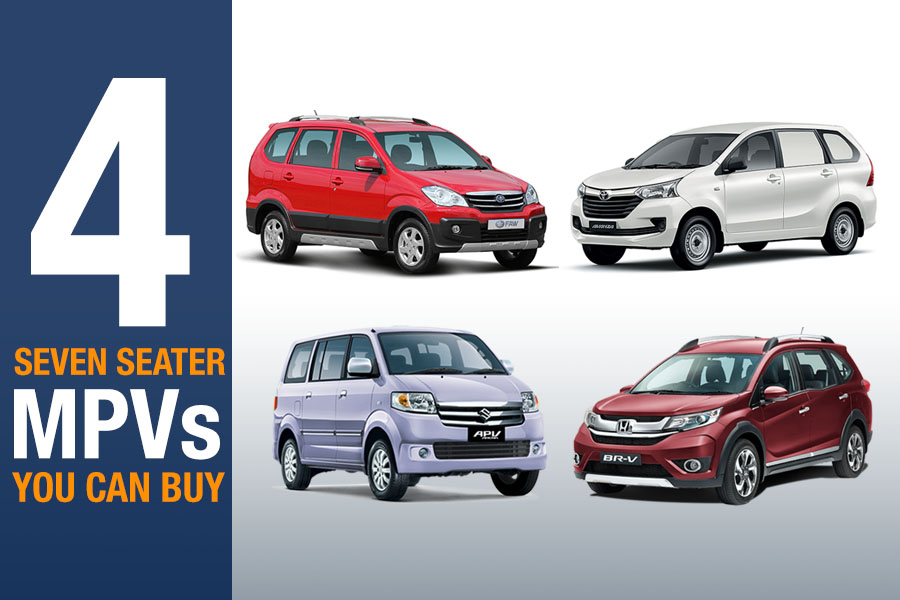 MPVs (multi-purpose vehicles) are people carriers or minivans that are intended to be the ultimate family cars, placing practicality and versatility above all other concerns. These are more like a big hatchbacks that have been extended to accommodate additional row of people and can carry around 6-8 people with ease.

In recent years the global trend of owning an MPVs has been on a rise. Since the MPVs offer practicality, and the recent lot of these vehicles which are stylish and resemble more like a crossover SUV, have made people opt for these vehicles in good numbers.

In our country however the story is a little bit different. Due to resale, people prefer to stick with the market cars. You can see a family of 6 squeezed into a car dragging on a busy road, brushing all sorts of speed breakers on its way but will hardly find a family traveling in a spacious MPV in a prestigious manner.

Another reason is the fact that the MPVs are relatively pricier than the conventional sedans and hatchbacks available in the market. However in recent times the price gap between ordinary cars (sedans/ hatchbacks) and the MPV is shrinking, you may notice the number of MPVs on our roads is increasing, although too slowly.

The recently launched Suzuki Cultus VXL is priced at an insane PKR 13.91 lac. The automatic Suzuki Ciaz sedan now cost PKR 19.99 lac while the Toyota Corolla 1.3 Gli automatic will be PKR 19.34 lac from August 2017, now it does make even more sense to opt for an MPV if you have a bigger family and particularly when you have a luxury to own more than a single vehicle.

Currently all 4 manufacturers operating in our country has an MPV on offer. Here is the brief intro to these vehicles in our market and a comparison between their prices versus features offered. 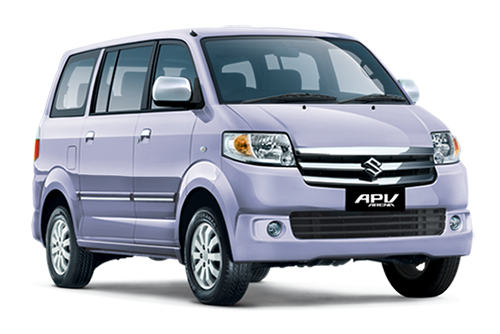 Launched back in 2005, the APV is the oldest 7 seater available in the market. APV which stands for ‘All Purpose Vehicle’ was introduced as a replacement of Suzuki Every in international markets.

By 2008 the facelift APV was available which is best known as APV Arena elsewhere. Like most of the 7 seater MPVs in our market, the APV comes with a 1.5 liter DOHC engine but it produces the least number of horses (91hp) among its competitors.

The APV looks outdated with its typical van-like boxy design, particularly in a time when modern MPVs are influenced with SUV inspired styling. Still it’s the most spacious of the lot and can accommodate 8 passengers with ease.

The beige color coded interior gives a fresh feel and the quality of the materials is nicer specially if you compare it with the local assembled Suzukis. Bear in mind the APV is imported as a CBU and not assembled locally.

Key features include, dual a/c, keyless entry, power steering, power windows and CD player. On the downside the APV misses out airbags, ABS+ EBD and immobilizer all of which makes it a very overpriced option considering its price tag of PKR 24.2 lac.

However since the APV is here since nearly 12 years, the spare parts are relatively easier to find compared to other vehicles in similar category. Also buying an APV can give you a slight sense of security in terms of resale value.

The Avanza was launched back in 2011 and currently in its 2nd generation it’s the most expensive 7 seater available in the market.

The Avanza offers the finest built quality compared to its rivals available in the market, it’s even spacious than the 1st gen Avanza it replaced. It offers a refined interior, which is a huge improvement from the previous generation, has comfortable seats, practical 7 seat capacity and is backed by Toyota’s reliability. The driving experience is also said to be better than the previous generation.

On the downside the price tag make it an undesirable option, available for PKR 29.9 lac, let’s just simply say it ‘Thirty Lac’, the Avanza is too expensive for a vehicle of its class. Like most 7 seaters, the third row seating remains a compromise and is mostly suited for children.

Since the Avanza is very few in numbers, its resale is a huge issue. Spare parts are either unavailable or too expensive, and may take a long time to arrive if you need to have them. 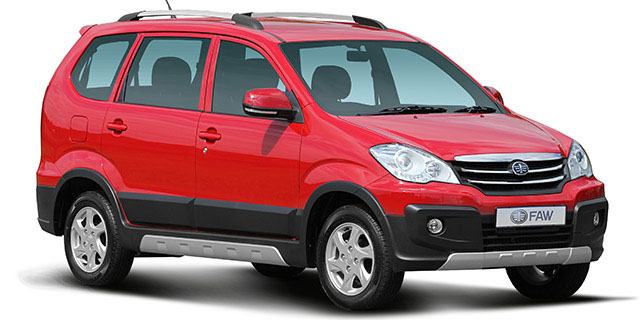 The Sirius MPV was launched by Al-Haj FAW back in 2013. Having Chinese origin, the Sirius S80 is actually based on the Daihatsu Xenia, which was made by FAW-Toyota joint venture in China. FAW acquired the platform of the Xenia MPV and developed the S80 after Daihatsu pulled out of the venture in 2010, hence the similarities. Daihatsu Xenia was also rebadged as Toyota Avanza to be sold in various markets.

Arguably the FAW Sirius is one of the most stylish yet decent looking 7 seater available. Being the cheapest of the lot, it offers the best value for money as well. Initially the Sirius was available with a 1.3 liter engine but later FAW introduced the 1.5 liter DOHC engine with 101hp in the Sirius Grande variants which improved the performance of the vehicle, which is supposed to carry 7 passengers. Currently the Sirius is only available with a 1.5 liter engine as the 1.3 liter variant has been discontinued.

Notable features offered with the Sirius S80 are driver & passenger airbags, engine immobilizer, keyless entry, ABS, DVD player, dual A/C, reversing camera and rear windshield wiper. The downside is its interior for sure. Although FAW is said to have improved the seats which were horrible in the early versions, still the quality and feel of the interior leaves a lot to be desired. Another issue is with the sticky gear shifts that have been reported by various owners of this car.

Overall the Sirius is nicely equipped and with a price tag as low as PKR 18.9 lac, it’s the cheapest of the lot and offers more than its competitors. Considering this the drawbacks it has can be ignored and if you are not bothered with resale then the Sirius S80 can be a good companion of yours should you wish to travel with 7 people.

In April 2017 Honda Atlas launched the BR-V 7 seater MPV in Pakistan. BR-V stands for ‘Bold Runabout Vehicle’. It was developed by Honda’s R&D arm at Thailand, and made its public debut at the Gaikindo Indonesian Auto Show back in August 2015.

The BR-V has an impressive front and rear end while the side looks a confusing blend between an SUV and MPV. There is an unusual kink along the rear window line and black plastic cladding running along the side.

The BR-V is powered by the same 1.5 liter iVTEC engine that comes with the Honda City. It develops an impressive 118hp which also the highest among its competitors. Both the variants (standard, S grade) comes with CVT as standard transmission.

Both the variants come with 2 tone plastic and soft padded interiors. The plastic feels like it’s high quality and is further highlighted with sliver accents that make the interior even more appealing. Climate control is standard across both variants and so is steering audio control. BR-V comes equipped with a driver side airbag as well as ABS with EBD.

BR-V has a 2-3-2 seating configuration, the leg room in second row seats is ample while the access to the third row is also quite easy thanks to the flexible 2nd row seats, however its difficult for adults to fit in the third row as like any other 7 seater, its more suited for the young ones.

Overall the BR-V is nice 7 seater MPV but like any other vehicle available in our country, its a bit overpriced! Based on the Mobilio platform, the BR-V carries the same engine as that in Honda City and is slightly pricier than the latter in other markets, however the price difference between the two (BR-V and City) isn’t as drastic as it is in Pakistan.

Related: Enranger G5- An Impressive Car By a Newbie Automaker

The auto policy has opened doors for more automobile manufacturers to enter our market. Ssangyong, KIA, Hyundai and Renault cars will likely be available in a couple of years. This may possibly result in more number of MPVs if there is an increasing demand of such vehicles in our country. Given a chance to buy any of the above options, which one will you go for? Let us know in the comments section below. 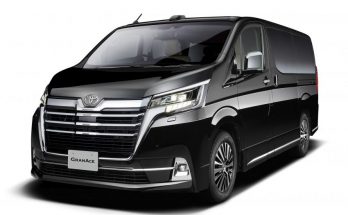 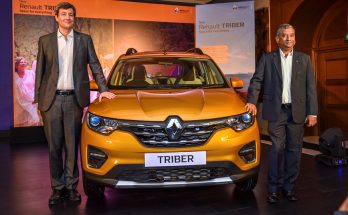