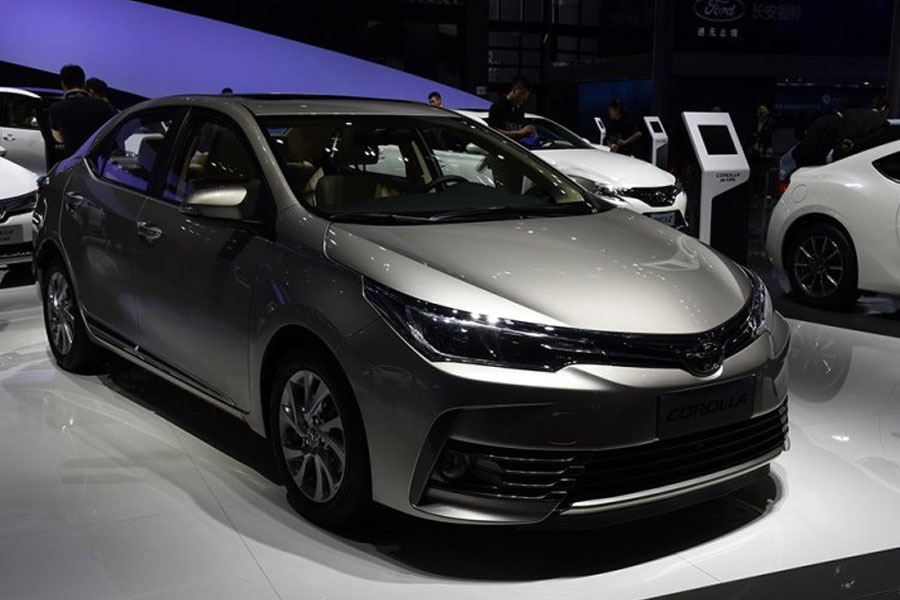 FAW-Toyota has showcased the 2017 Corolla facelift at the recently held Shanghai Auto Show.

Like most companies in China, Toyota has ventures with two different auto manufacturers and both produce their own versions the 11th generation Corolla. Guangzhou-Toyota (GAC) produces the Levin, while FAW-Toyota rolls out the version that’s more like the one available in other Asian markets.

The 11th generation Corolla by FAW-Toyota is available in 35 different trim levels, with 1.8 liter, 1.6 liter and 1.2T Turbocharged engine options, paired with manual as well as CVT transmission. A 1.8 liter Hybrid version is also available.

Both of Toyota’s venture in China produce 1.2 liter turbocharged Corolla, it will be interesting to see if Toyota brings the downsized turbo unit to other markets as well. Do let us know in the comments if you think the 1.2T engine should be offered with Toyota Corolla in Pakistan?