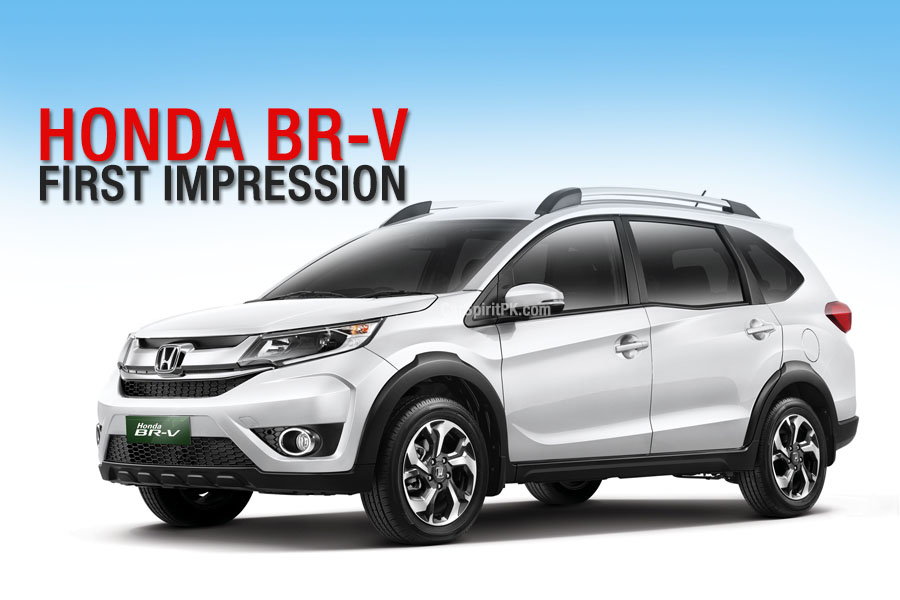 It’s been a couple of weeks since the BR-V (a compact SUV) was released in the market and buyers have started giving feedback on various aspects of the car. This article is dedicated to the BR-V’s first impressions so sit back, relax and tell you neighbors to shut up because this is important.

The Honda BR-V’s design is a perfect example of a hit or miss situation. The front of the car is slightly sporty, it has HID’s and LED Daytime Running Lights(DRLs) pre-installed and a chrome garnished grille(because why not?). Fog lights are optional on the base model but come standard in the S model. Indicators are side-mirror integrated and, unfortunately, the more you progress towards the back, the more it loses it’s ‘sporty’ character. The reason being, to make it a 7-seater compact SUV, Honda had to raise the rear roof to ensure there was enough headroom in the back and this resulted in the rear of the BR-V looking reminiscent to a librarians haircut i.e. not that interesting at all.

Both the base model and S model come with 2 tone plastic and soft padded interiors. The plastic feels like it’s high quality and it’s further highlighted with sliver accents that make it even more appealing. Climate control is standard across both variants and so is steering audio control. Both models have just one driver side airbag with no option for more.

The seats are fabric and are quite comfortable AND the S variant has “Upgraded seats material”… whatever that means. But there is a problem with the seats in the rear. Although Honda markets the compact SUV with a 7 adult seating capacity, in reality, the rear 2 seats are cramped and only children may be able to sit in them comfortably.

The BR-V has 201mm of ground clearance, front independent suspension and we wish it was the same story at the back; but it has a torsion beam at the rear. The BR-V also has rear AC ducts as standard for people sitting in the back. Other than that, the S model comes with a navigation and entertainment system (optional on the base model).

What’s Under The Hood? 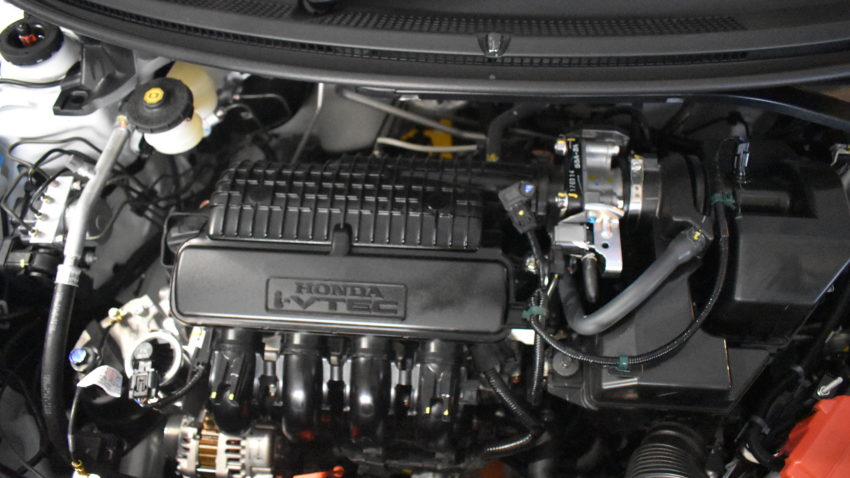 If you were expecting this 1.2 ton whale to be powered by something like Honda’s new 2.0L 160HP engine then take a good look at yourself in the mirror because the likelihood of that ever happening in Pakistan is the same as you having a 2 way conversation with your reflection. Instead it’s powered by a Euro 4, 1.5L 118HP engine (the same you get in the Aspire 1.5L) that’s ok for driving in the city and gives good fuel economy but proves frustrating on the highway especially when the car has 7 people in it as it lacks power.

Both models come equipped with a CVT gearbox, ABS and EBD which is nice but if you divert  your attention to the right of the steering wheel, underneath the AC duct, you’ll notice a certain lack of buttons as Honda Pakistan decided to remove traction control, push to start and other things i can’t be bothered to name… (adjustable headlights and economy mode).

If your reason for buying a car isn’t tearing up the drag strip or doing handbrake turns but instead what you’re looking for is a nice, calm and reliable family car then you can’t go wrong with the BR-V because it’s the only car in this price bracket with 7 seats. And although we wish it came with 6 airbags instead of just 1, at Rs. 2.3 million, the BR-V really is a welcome entrant into our growing Pakistani automotive market. Happy driving 🙂 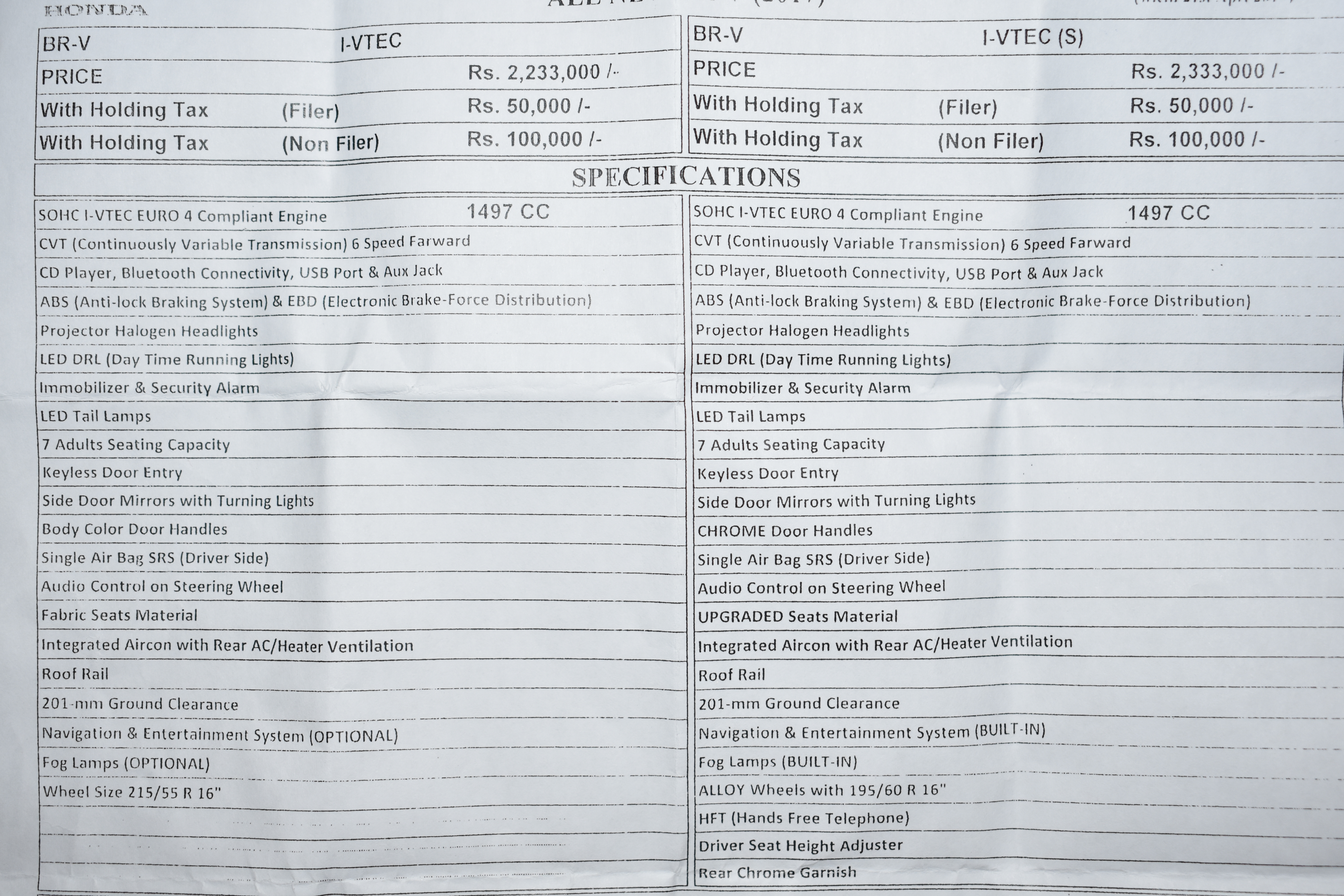 Scrolled this far? Both cars come with a roof rack and the S variant has chromed door handles and a rear chrome garnish… because why not? 😛

i love ur way of writing 🙂 funny