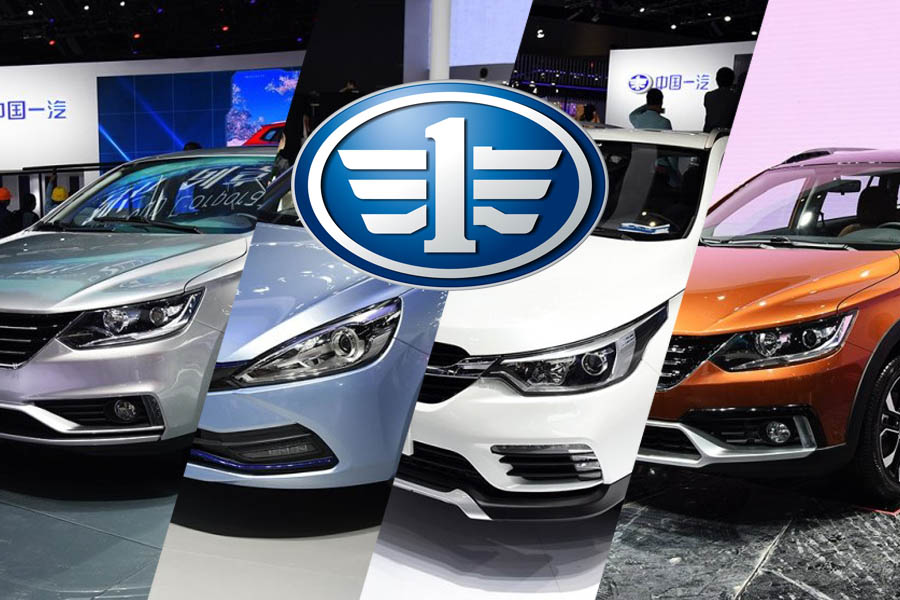 FAW has displayed a mixed range of concepts and production-ready vehicles at the Shanghai Auto Show 2017, including newly launched vehicles as well as those which are to be launched in China in near future.

As reported earlier FAW will unveil a couple of production-ready vehicles, including a sedan as well as a wagon. The yet unnamed wagon is heavily inspired by Volkswagen Cross Lavida, which is developed in China by VW’s another venture partner Shanghai-Volkswagen.

The Wagon will be powered by 1.0 liter (119hp) BlueWay Turbocharged 4 cylinder engine. BlueWay is FAW’s low carbon emission range of engines. Transmission options are either a 6-speed manual or a 7-speed dual-clutch transmission. The Wagon will be equipped with FAW’s new intelligent networking technology, equipped with voice control, infotainment, intelligent navigation, driving assist and other functions.

The sedan (codenamed U066) will be called as A50 placed under FAW’s Junpai sub-brand and is likely to reach the export markets too. The A50 will carry 1.6 liter (113hp) naturally aspirated engine mated to either a 5-speed manual or a CVT gearbox, however later a lower displacement 1.4 liter Turbocharged engine may also be offered with the sedan.

In addition to the above, FAW displayed the A70 sedan, a souped up version of R7 SUV with a 1.5 liter Turbocharged engine, a D60 SUV facelift, the newly launched Besturn X40 SUV as well as the popular Besturn B50 sedan.

FAW also displayed two concepts placed under its luxurious Hongqi sub-brand, called as S-concept and U-concept, as well the H5, H7 and LS5 SUV which are meant to target high-end segment of the market.

Like most of the automobile companies operating in Pakistan, FAW’s actual product portfolio doesn’t reflect what it offers in the passenger car market in Pakistan. Although FAW does well in the commercial vehicle sector, its lone warrior in the passenger car market is the V2 hatchback that comes in a single trim, single engine with a single transmission. FAW will soon be assembling the V2 hatchback in Pakistan but it needs to enhance its product lineup in the country to compete well in the market.