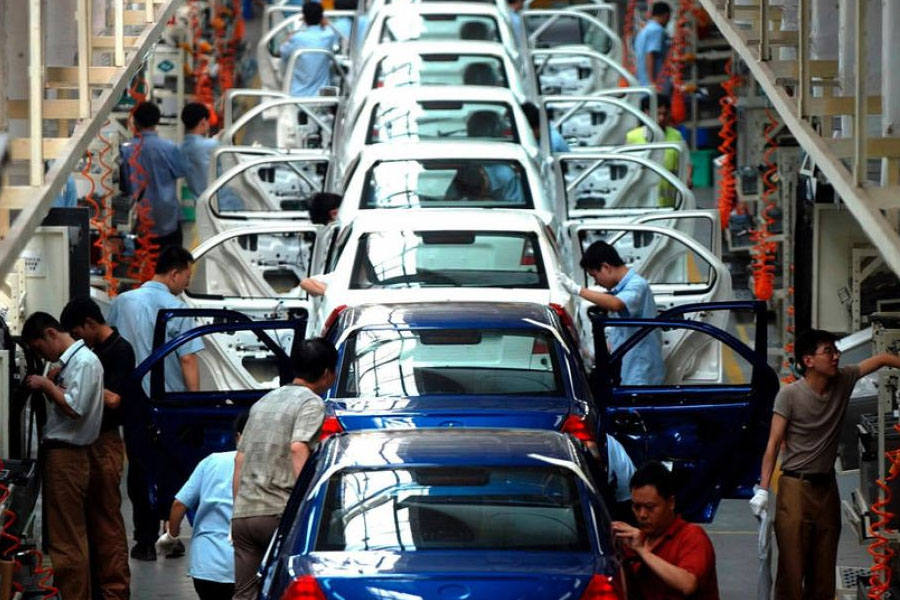 China is gunning for 35 million new car sales a year by the middle of the next decade, according to government targets.

The week after the 2017 Shanghai motor show, China’s Ministry of Industry and Information Technology (MIIT) released a road map which points to the goal by 2025. This goal would cement China’s position as the world’s biggest car market by a huge margin.

A total of 28 million, yes twenty eight million new cars were sold in China in 2016. For the sake of comparison, a little less than 18 million vehicles were sold in USA, the second largest car market. While in Pakistan just 181,145 passenger cars were sold in fiscal year 2015-16 which is the highest ever figure recorded.

The Chinese government plan predicts that ‘new energy vehicles’ will make up a fifth of that total. It forecasts that sales of clean-fuel vehicles should top 2 million sales by 2020.

‘The quality of Chinese brand vehicles has clearly risen, while brand recognition, reputation and global influence are much stronger,’ the MIIT said. ‘By 2025, we should have some Chinese vehicle brands that are in the global top 10 by sales.’