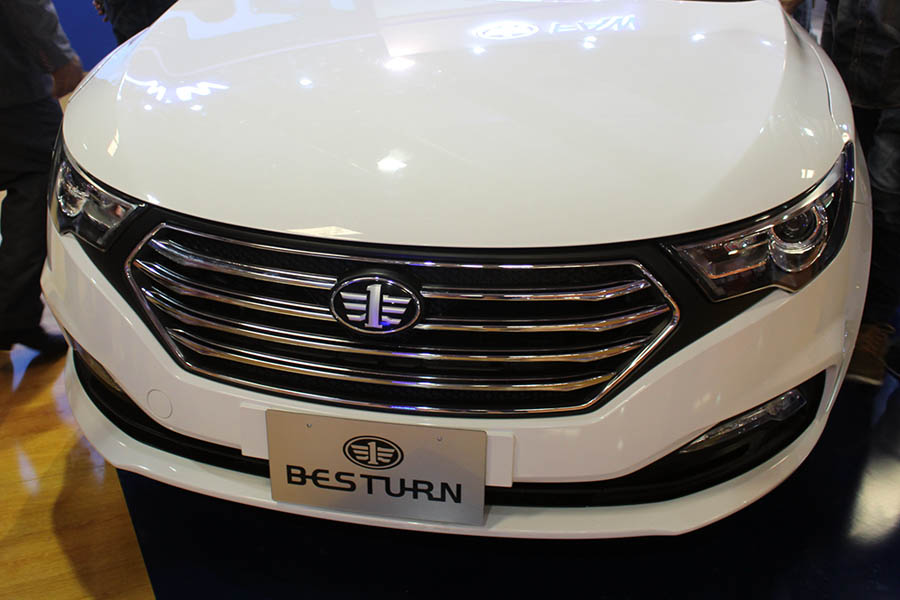 Al-Haj FAW is displaying the Besturn B30 sedan at the ongoing Pakistan Auto Show 2017. The B30 was also displayed at the Lahore Auto Show last year, and since then has been in the news ever so often.

The B30 is an entry-level sedan in FAW’s lineup in China. Placed under FAW’s Besturn sub-brand umbrella, it first appeared at the 2015 Shanghai Motor Show. It was officially launched in Chinese car market in November 2015, and quickly became one of the best selling FAW vehicles out there. In January 2016 its sales surpassed the likes of Honda Civic, Nissan Sunny & Honda City in China, that too within just 2 months of its launch.

Related: The All New 2016 Besturn B50 Launched In China

The Besturn B30 is derived from Volkswagen’s PQ32 platform, & is considered as a derivative of VW Bora. B30 is powered by a Volkswagen-developed 1.6 liter (1598cc) four-cylinder petrol engine with 109hp and 155nm torque. The engine which is Euro V compliant is mated to either a five-speed manual or a six-speed automatic transmission. FAW has joint venture with Volkswagen in China and was successfully able to acquire the rights from VW to develop this engine.

There is no concrete news regarding the launch of B30 in Pakistan, although the company is working on to introduce a sedan to strengthen their presence in the market. The Junpai A70, which is technically the same vehicle as the B30 with same features, same platform, same engine but just visually different is also a possible option that the company may introduce in Pakistan. The Besturn B50 is also a popular FAW vehicle placed above the B30 sedan in FAW’s lineup and can be considered to be launched in our market, but it’s too early to say anything at this stage.

By putting the B30 on display FAW is gauging the public’s interest in the sedan which I believe is quite positive. The B30 was the center of attraction at FAW’s booth and grabbed attention of the onlookers with its striking appearance.

Sedans have gone out of the reach of majority of buyers in recent times, the cheapest option available in the market is the Honda City, the base model of which starts from PKR 15.23 lac, not to mention it’s a 9 year old car now. People have high hopes from Al-Haj FAW to launch a decent and affordable sedan in our market, let’s wait and see when that happens.