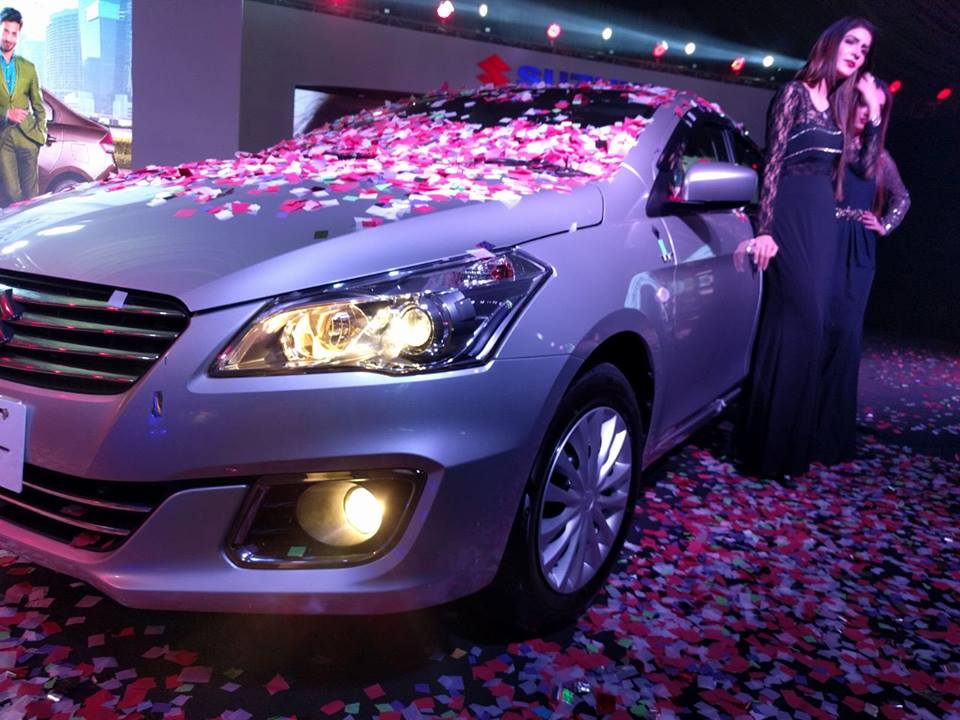 After weeks of teasers & hype, Pak Suzuki has finally launched the company’s most anticipated sedan, the Suzuki Ciaz. With the launch of Ciaz, Pak Suzuki has made a comeback in the sedan segment since they had no representation in this segment after the demise of Liana.

The Ciaz comes equipped with a 1.4Liter K14B VVT engine which delivers 92hp and 130nm of torque. The Ciaz which is a CBU import from Thailand comes equipped with driver & passenger airbags while misses out plenty of features found in international versions.

There is no climate control, no automatic a/c, no embedded indicators on side mirrors, no controls on steering wheel, no in-dash screen, no back camera, no parking sensors, no sunroof, no alloy rims etc. The price of the Pak Suzuki Ciaz has been set as follows:

How well the car will be received in the market with this price tag, only time will tell. Stay tuned to CarSpiritPK for a thorough review & analysis on the Pak Suzuki Ciaz. Let us know with your comments if you think the price for Ciaz sedan is justified considering the features offered.

I don’t think that the ciaz will damage any car sale like city and corolla gli in here pakistan but who knows what to happen. Pak suzuki should reduce some price of ciaz.

it will be again a big failure for Suzuki.
it cannot compete with city and flu having established market and after sale price. in the price bracket anyone can find excellent jdm car with more features and having spare parts available in market. also these cars are more efficient and good and strong suspension.

no surprises here .. crap stripped down version .. just like what they did to wagon R … koi paagal ho ga jo is price main ye le ga … even my 660cc JDM 11lac on-road has more and better functions and comfort than this .. then again pakistan main pagalon aur bher-chaal walon ki kami nhi jo “resale” ki dumm ke peechay bhaagtay hain .. its not even worth 14lac .. if you have that money you should buy Vitz, or Aqua , or Prius , or even Fit .. aur agar JDM nhi leni to City/corolla is the… Read more »