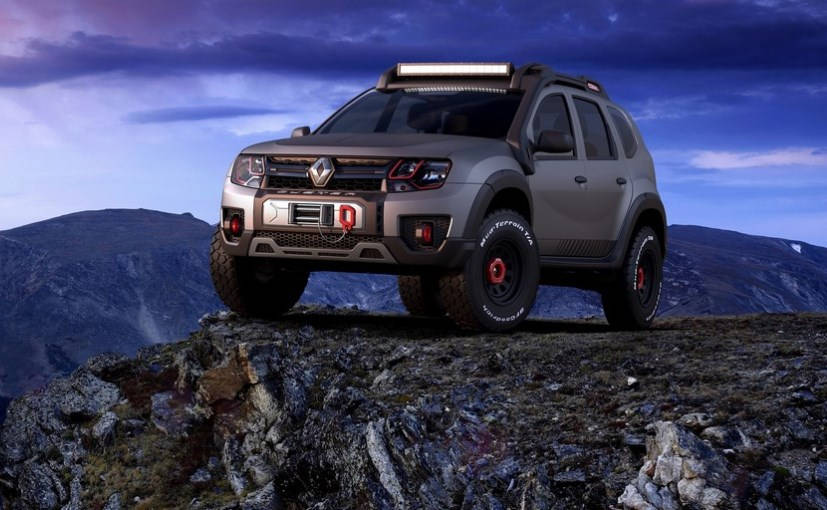 Ever since Renault announced its plans to produce cars in Pakistan, Renault Duster is one car that is making quite some news in the local automotive scene. The Board of Investment (BOI) has already hinted that the SUV will be priced somewhere around PKR 25 lac, however these speculated prices are off course unofficial.

At the ongoing 2016 Sao Paulo Motor Show in Brazil, Renault has unveiled the Duster Extreme Concept, developed by RDAL (Renault Design Latin America) which is Renault’s design centre based in Sao Paulo, Brazil. Renault Duster Extreme is based on the 2.0-litre flex-fuel four-cylinder engine which is capable to run on both petrol & ethanol.  It produces 143 hp running on petrol and 148 hp running on ethanol. Although the production model of Duster 4×4 has a 6-speed manual transmission on offer, but surprisingly the interior image of the Extreme concept shows a 5-speed manual transmission.

Latin American market is very important for both Renault & Nissan, as they keep rolling out interesting iterations of their vehicles to stay ahead of the competition.