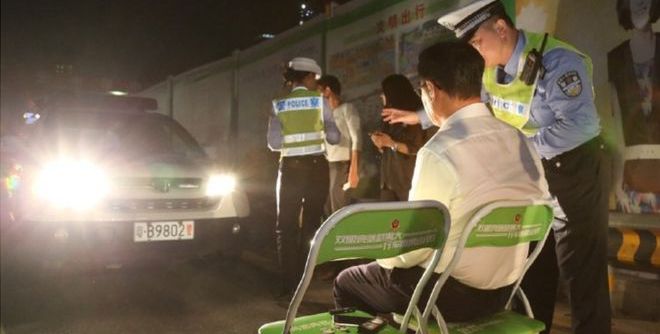 In a post from their popular social media account, Shenzen police warned drivers that anyone caught using their car’s headlights on full-beam inappropriately would have to stare into a police car’s headlights for 60 seconds while sitting on a specially-designed chair. In addition they would be fined 300 yuan (approx PKR 4600), lose points on their license and be made to recite regulations on the proper use of headlights. The penalty was first thought-out and announced on Sino Weibo, China’s closest equivalent to Twitter, by officers in 2014, it was quickly stopped amid accusations the force was “violating human rights”. But, when officers said on Tuesday they were reintroducing the penalty, the announcement was met mainly with approval from the site’s 261 million active users.

“Traffic police comrades, I believe this kind of punishment is not right, it’s inhumane, they should have to look for 5 minutes…”

“The whole country should implement this penalty immediately.”

Located just north of Hong Kong and built up from scratch just a few decades ago, Shenzhen is seen as a modern city at the forefront of car engineering. It is known across China for making widespread use of electric taxis and buses.

If such penalty was to implement in Pakistan, I am sure more than half of the Corolla drivers will be the ones to suffer… no offense!