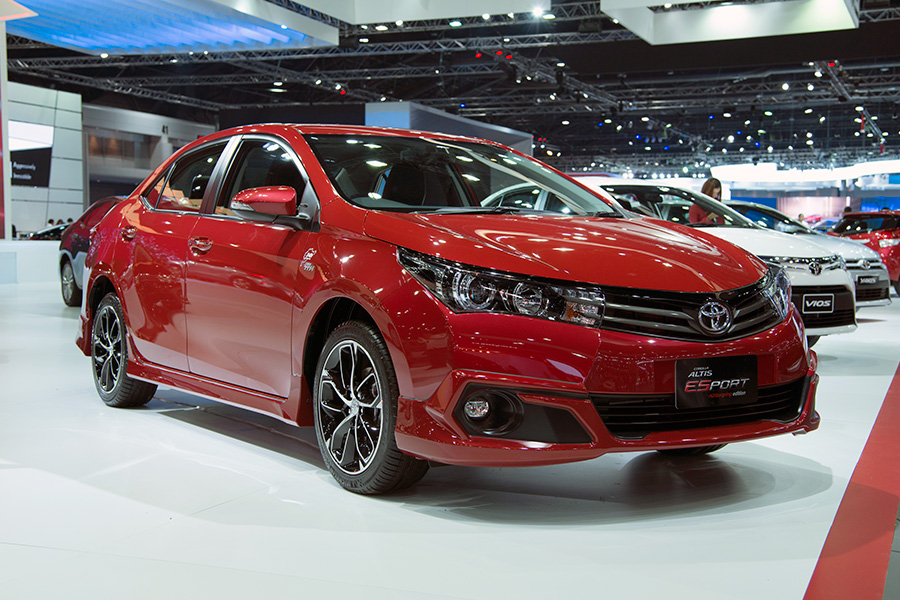 Compared to the 2015 model, the 2016 Toyota Corolla ESport Nurburgring features a new bumper design with aggressive touches and new 17-inch alloy rim design. Otherwise, most of the enhancements are sourced from the outgoing model, which include a piano-black grille, a rear spoiler, a faux diffuser for the rear bumper and stickers of the ‘Green Hell’ on the front wings. Like the previous model, it has an all-black interior however with red accents on the dashboard, door panels and floor carpets. As part of the update, it features a new instrument cluster with a larger multi-info display and newer software for the touch-screen infotainment system.

No changes have been made under the hood. The Corolla ESport and ESport Nurburgring are powered by the 1.8-liter four-cylinder Dual-VVT-i engine which develops 141 PS at 6,000 rpm and 177 Nm of torque at 4,000 rpm. Only a CVT gearbox (a 7-stepped CVT) with paddle shifters is offered on this edition.