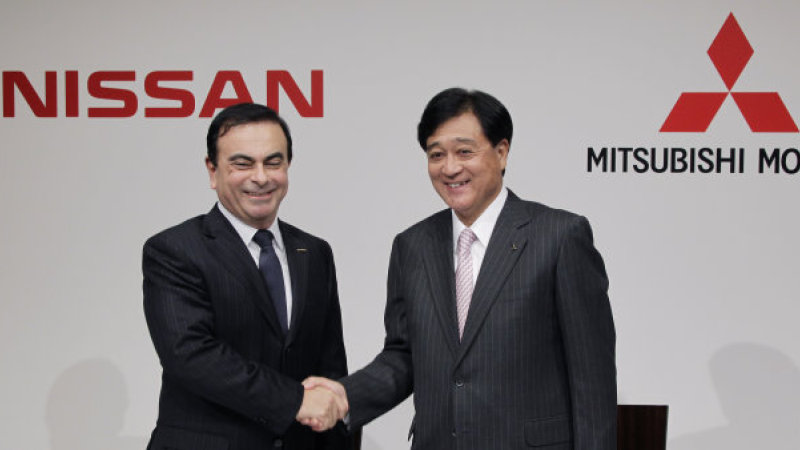 Nissan’s purchase of a 34 percent stake in Mitsubishi is now official. The deal cost Nissan $2.3 billion, according to the Wall Street Journal, and brings Mitsubishi into the Nissan-Renault Alliance. The company explained that this new partnership will manifest itself in shared vehicle platforms and technology, joint purchasing, and shared manufacturing. Nissan also said that this purchase will make the company one of the three largest companies by volume in the world.

Nissan also emphasized that Mitsubishi will very much be a partner in the current alliance with Renault. In addition, Carlos Ghosn, CEO of both Nissan and Renault, has been nominated to be the new chairman of the Mitsubishi board. With Ghosn at the head of the board, current Mitsubishi president and CEO, Osamu Masuko, will remain in his positions but Nissan’s current chief competitive officer will join Masuko as co-chief executive officer at Mitsubishi.

Ghosn said keeping Masuko on was an “important condition” in proceeding with the partnership, adding all management decisions would be made by Masuko. Ghosn told a joint briefing:

Pooling resources and eliminating duplicate operations would result in estimated annual cost savings of 24 billion yen in 2017 for Nissan, the company said, rising to 60 billion yen in 2018. Mitsubishi said it expected annual savings of 25 billion yen. The companies also plan to share technology and production platforms, while also streamlining parts procurement to keep costs down.

Nissan stands to capitalize on Mitsubishi’s strength in developing Asian countries, where Nissan has been struggling to increase its market share. “We’re not happy with our performance in ASEAN (Association of Southeast Asian Nations) countries,” Ghosn said. “I think the collaboration with Mitsubishi will help us in many areas to shore up our own level of competitiveness there.”

Nissan’s intention to capitalize the developing Asian markets is quite a positive sign & demonstrates Nissan’s seriousness towards planting its feet in these countries. With Gandhara on a verge of a comeback, and Mitsubishi now under Nissan’s umbrella, the company has an array of options that can be introduced in Pakistani market. Cars like the Nissan Sunny, Nissan March, Mitsubishi Lancer, Mitsubishi Mirage, Datsun Go/ Go plus, Renault Kwid & Renault Duster does have the potential to outdo their competitors in their respective class.