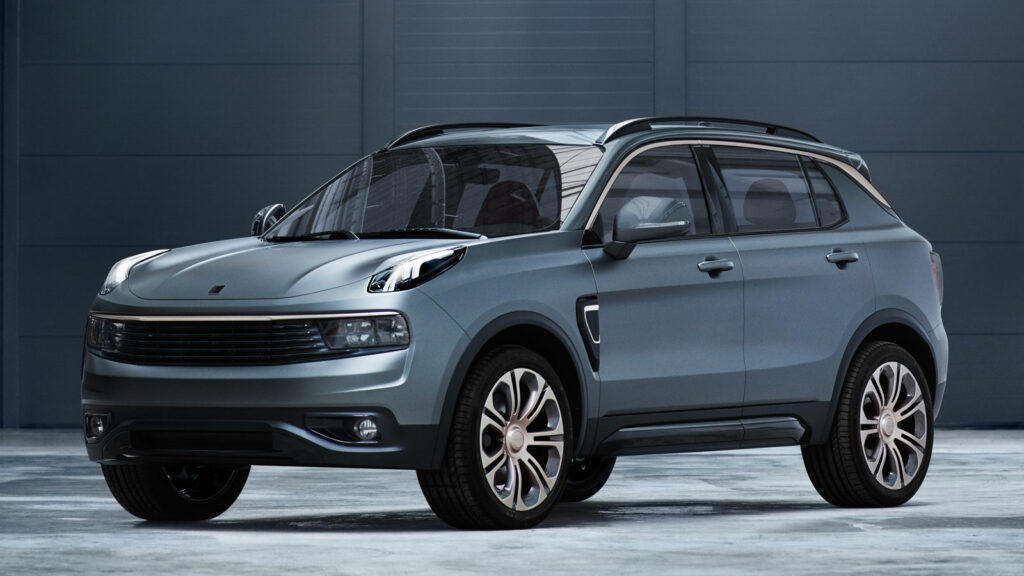 Chinese automaker Geely’s plan is to let its subsidiary Volvo compete in the upscale luxury market, while this new brand unveiled yesterday in Sweden called Lynk & Co. will be more moderately priced for the rest of us. The cars—which I think are handsome, if a bit busy—use a Volvo platform and will be built in China then sold in other markets, including the U.S.

Related: The 1360 HP NextEV Electric Hypercar To Be Unveiled Next Month

The brand has been called Lynk to emphasize that its cars will offer a high level of connectivity, including the possibility for owners to earn money by sharing their vehicles with others when they do not need them.

All Lynk models will come with a large central touch screen and telematics systems that are always connected to the Internet and to the car’s own cloud network. A share button will allow the owner to provide others with access to the vehicle via a shareable digital key. Owners can use the Lynk app to control and monitor their car from a smartphone — or directly from the car.

Lynk is collaborating with Microsoft and Alibaba to build a new digital customer infrastructure for the car industry, with new digital order, supply, sales and customer relationship management systems and custom applications for user interaction.

Ericsson teamed up with Lynk to create a car-connectivity cloud, and the digital platform will feature an application programming interface open to third-party developers.

Their first product is a modern, mid-sized, tech-laden SUV called the “01”. The car will make its debut in China next year and will make its way to global markets of Europe and American markets by 2018.

The 01 becomes the first car to be made around the Complex Modular Architecture platform (CMA) which was jointly developed by Geely and Volvo. Given the numerical name of the vehicle, it could mean the future upcoming cars from the brand can be dubbed as the 02, 03, 04 or likewise. The SUV is similar to Volvo’s XC40 with which it shares the platform, electrical architecture, engines and many of its advanced safety systems.

The corporate face that was eventually designed for the 01 follows a format that was first seen on the Nissan Juke: the “eyes” are actually the DRLs, and the main headlights are de-emphasized, and below. The 01 uses those long, twin-linear LED lights DRLs above, and the headlights are inset into the wide, lower grille. 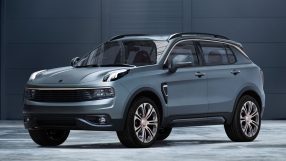 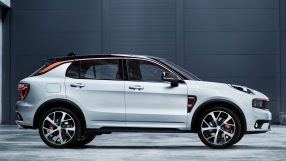 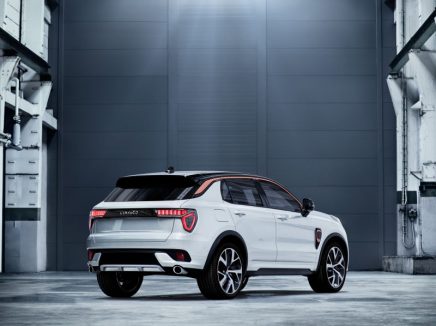 In general, it’s a clean look, a nice contrast to the recent overdone baroque Japanese trends, with all their vents and intakes and flaps and fake grilles and overdone elements. It’s not a caricature of aggression like a Lexus or Infiniti front end, but it’s also not too rational and boring. The designers have managed to find a unique and flexible corporate face. There are a lot of other nice elements to the design. The top surfaces tend to be glossy, while below the belt-line, it’s matte. The taillights are quite striking, an array of vertical hash marks punctuated by an angular loop at the side, a shape that gets repeated on the front quarter panels. The D-pillar describes a definite shark-fin shape, and the window trim continues across the D-pillar in an unexpected way, showing three separate color elements on the car.

The exterior design of the Lynk & Co 01 is quite strong, and does stand out pretty well from the crowd. It’s less revolutionary but the end result is clean and crisp and handsome in a way that’s not seen as often anymore. Inside the 01 SUV, the Asian influences are a bit more apparent, especially in the use of rich visual textures on the interior surfaces. Thankfully, the interior isn’t the usual sea of black and gray; there’s color and contrast, and interesting stitch and textile patterns spread throughout. While the car is designed to slot below Volvo, it still appears to be quite premium inside. There’s a lot of interesting surface detailing, and as told, the feeling of a city at night was a major inspirational factor. 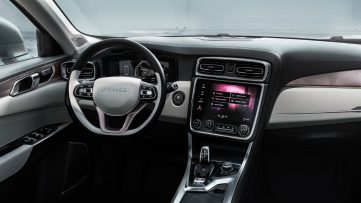 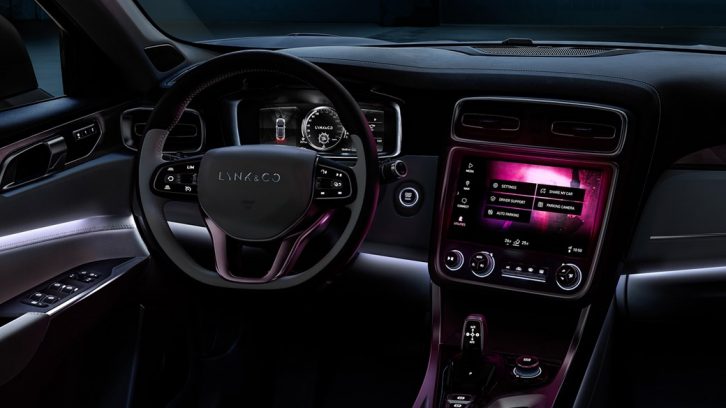 The center-stack screen is very important in a car like this, and it looks like the UI/UX is a notch above most cars; there’s drag-and-drop functionality, and the ability to upload your own background image, with the software automatically adjusting highlight colors to remain visible. All good stuff, and all stuff that desktop OS of today have been doing for years; it’s about time the car world is catching up. Powering the 01 will be Volvo’s 1.5-litre three-cylinder petrol unit and the existing 2.0-litre four-cylinder petrol engine. A plug-in hybrid is imminent, owing to the flexibility of the CMA architecture. The transmission will be a conventional manual or a dual-clutch automatic sending power to either front, or all wheels. Along with the 01 SUV was the CMA-based low-slung four-door coupe sports car, which is indicative of the brand’s future cars. This striking, four-scissor (and suicide) door concept car is still clearly in the Lynk & Co family, but is markedly different from the SUV. Considering how daunting a task it is to start a whole new car identity from scratch, the Lynk & Co design team did quite a good job.

Two extremely good looking cars, a promising platform and with promising engines, Lynk & Co does look like a promising & ambitious brand with many innovative features and plans. It will be a first mainstream Chinese car brand in Europe and America. And by 2021, as indicated, the Lynk & Co range will have a total four vehicles including a three-box four-door sedan, a five-door hatchback, and a crossover.