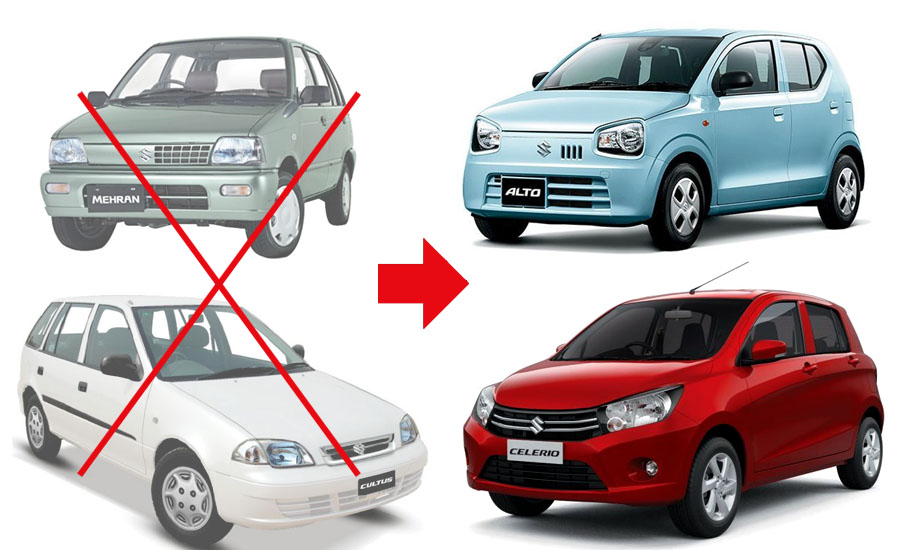 Pak Suzuki has announced its plans to start local production of Suzuki Alto 660cc by 2018 to replace its iconic 800cc Mehran hatchback.

The information was shared with the Senate Standing Committee on Industries and Production which was visiting Pak Suzuki Motor Company Limited (PSMCL) plant on Thursday. The committee asked the auto assembler to introduce global standard safety features in its new model.

Pak Suzuki in its presentation to the delegation, unveiled its future plans regarding introduction of 1000cc Celerio by March 2017 as a replacement of Suzuki Cultus. The company had introduced Suzuki Cultus hatchback in the year 2000, replacing Suzuki Khyber.

Pak Suzuki would also introduce imported Suzuki Grand Vitara SUV and 1300cc Ciaz Sedan in 2017. Based on feedback, the company would consider assembling these vehicles in Pakistan, sources added.

Mehran has been in production for about 3 decades while little or no improvement, apart from a fuel injected engine, was made during this period. Around the world modern small cars with better quality, better features, better safety & better fuel efficiency are available at nearly half the price of a Mehran, it was about time Pak Suzuki realized they should catch up to the world.

The Auto Policy 2016-21 has created a lot of happening in the automobile industry lately. With the expected invasion of Chinese & European brands, the existing manufacturers (Big 3) are seemingly improving their game. With Indus Motors offering long awaited ‘immobilizer’ to most of their Corolla variants, launch of the new Land Cruiser, Hilux & Fortuner, and now Suzuki showing their intention to update their lineup is indeed a positive sign.