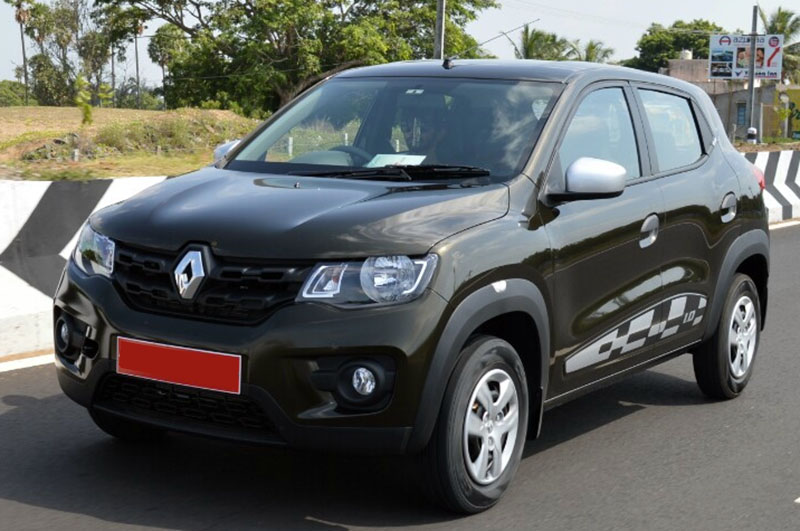 Sales figures for August 2016 reveal that the popular Renault Kwid has managed to top its previous record figure, crossing the 10,000 mark for the first time. Renault sold 10,719 units of the Kwid, making it the seventh best-selling car in India.

The Kwid has taken the Indian market by storm thanks to its mini crossover styling and highly competitive price. Also its underlying platform has been localized by 98%, which is one of the highest for a new car. Top-end models Kwid trims feature a digital instrument cluster, 7-inch MEDIANAV touch-screen system, optional driver’s airbag and seatbelt pretensioners, which are first-in-class features.

In the coming weeks, Renault will roll out the 1.0L AMT variant of the Kwid, which comes equipped with a 5-speed Easy-R unit. This should further widen the appeal of the Maruti Alto rival in India. Keep in mind the Kwid is available from just INR 2.62 lac in India, which converts into PKR 4.07 lac only.

The Kwid has taken the Indian market by storm and is considered as one of the biggest threat to the Maruti Alto there. Recently the India-made Kwid has also been launched in Nepal.

According to Miftah Ismail, chairman of Pakistan’s Board of Investment, the authorities were engaged in negotiations with Nissan-Renault alliance and expect that there will be one or two foreign investors coming into Pakistan soon. If all goes well and Renault is able to plant its feet here, the Kwid if priced well, will become the biggest threat to the obsolete Suzukis in Pakistan.

The price of Renault Kwid STD Petrol, considered as the cheapest variant is 3.0 to 3.4 Lacs INR.