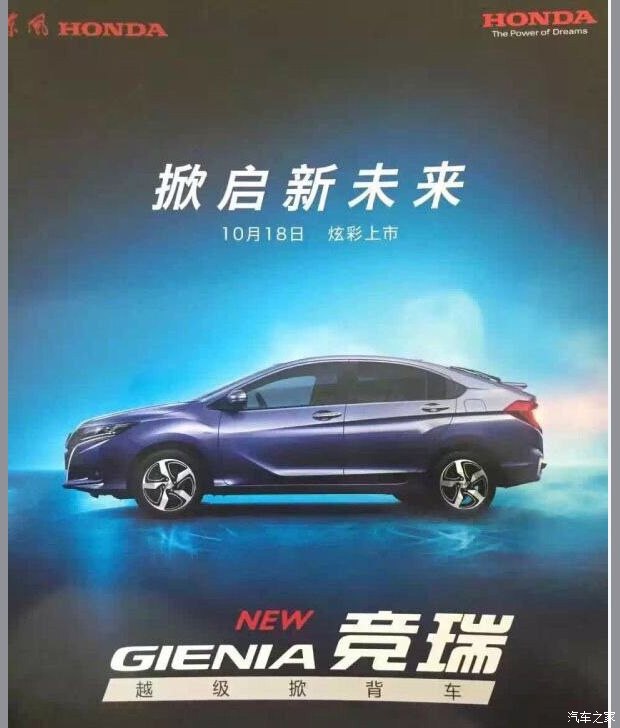 The Honda Gienia has been revealed in posters ahead of its introduction in China, courtesy autohome. The Chinese publication says that the Honda Gienia will be unveiled at the 2016 Chengdu Motor Show that will open on Friday, the 1st of September 2016.

The Honda Gienia was previewed by the Honda Concept B at Auto China 2014 ( aka Beijing Auto Show). The Gienia is essentially a hatchback version of the Honda Griez sedan which is a China-only iteration of the Honda City, being made by Dongfeng Motor Corporation. The Honda Gienia will powered by a 1.5-litre petrol engine that produces 96 kW (128.69 hp) and 155 Nm of torque. A 5-speed manual transmission will be standard, but a continuously variable transmission will be available optionally. The Honda Gienia would be manufactured by the Dongfeng-Honda joint venture, and will reportedly go on sale on the 18th of October in China.

More on the 2016 Chengdu Auto Show to follow, stay tuned..