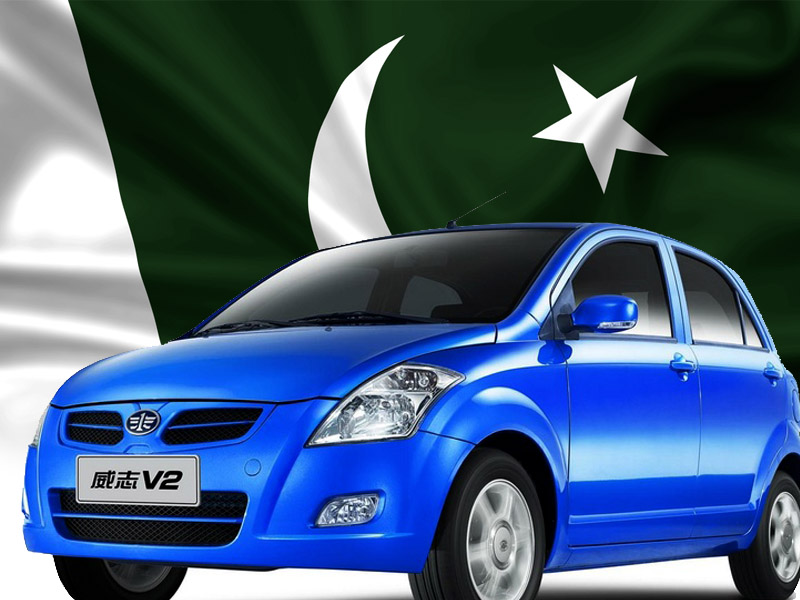 Al-Haj FAW is all geared up to assemble the V2 hatchback by December 2016. The V2 hatchback with 1300cc engine is currently being imported as Completely Built Unit (CBU). Introduced in our market in 2014, the V2 has gained a satisfactory reputation among the consumers and the demand is steadily on the rise.

Al-Haj FAW has injected 600 million into their plant, which is focused for a new paint shop, extended warehouse facilities and modern assembly line. The company started its operation here in Pakistan with 7 acres land and now is proud to have an operating land of 27 acres. This shows the commitment of the company & is definitely not among those who come & leave.

It has a big engine: 1.3L but the car is small in size (same as Swift or Vitz but bigger than WagonR and Cultus) and competes with multiple products from Suzuki. Currently we are selling it in 1.3L engine but we plan to launch 1000 cc locally, so we will have two variants.

Offering two engines for the same hatchback will be a very positive move by Al-Haj FAW since the company will be able to cater to a wide variety of consumers. A locally assembled V2 would likely mean lower prices compared to the CBU while a lower displacement engine would also ease out buyers in taxation & registration costs.

According to Hilal Khan Afridi V2 is probably the most fuel efficient 1.3L car available on Pakistani roads. The current in-city average is about 15-16km, and on highways it reaches 18km in a liter. By end of 2017, Al-Haj FAW expects to produce 500 V2 units a month. Al-Haj have also signed a MoU with FAW in February 2016 for a joint venture where FAW will be investing in our company and would get a certain share in the company as well, Afridi added. A FAW representative told CarSpiritPK that the company is also considering a slightly darker shade of its interior since the light grey color of V2 was prone to get dirty quite easily.

During the previous decade, Hyundai Santro by Dewan Farooq Motors and Chevrolet Joy by Nexus auto were the only locally assembled 1000cc hatchback options other than Pak Suzuki to be available. After their exit from the scene, after nearly 9 years the 1000cc V2 will be the first locally assembled hatchback other than Pak Suzuki and will definitely create a healthy competition in the small vehicle market.

Is It Time For FAW To Replace XPV With V75?