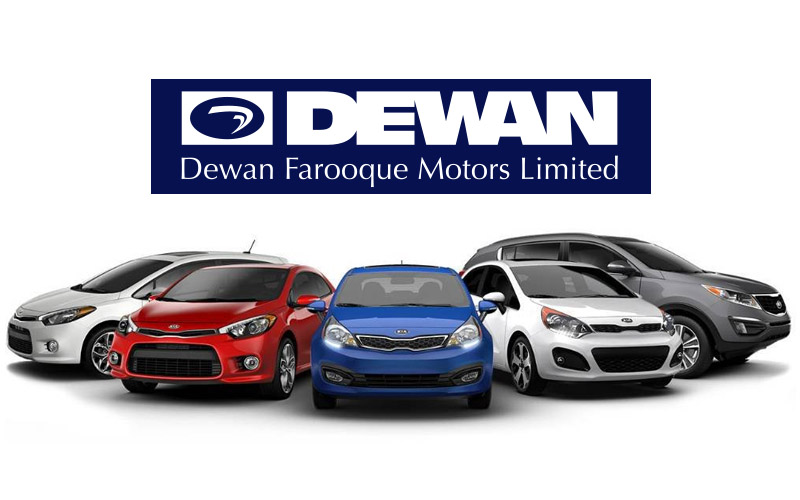 Dewan Farooque Motors Limited has applied for resuming vehicle productions at its closed unit next month, a development that should spark competition and help the company take some market share away from the three dominant players.

In a statement, the Engineering Development Board (EDB) commented that the Automotive Development Policy (ADP) 2016-21, prepared by the Ministry of Industries and Production, had started producing results.

Encouraged by the incentives given for the revival of closed units, Dewan Farooque Motors has applied for reviving its vehicle production plant and come up with a plan to produce Daehan, SsangYong and Kia vehicles. The application has been sent to the Board of Investment (BoI) and the EDB.

The resumption of production by Dewan Farooque Motors will commence with the re-launch of Shehzore 1-ton truck (as reported by CarSpiritPK in the month of June), along with Hyundai Powertrain in September 2016. These will be followed by Shehzore 1-ton truck with dual rear wheels in October 2016.

The Dewan Group has finalized an agreement with SsangYong Motor, the fourth largest automobile manufacturer in South Korea. The negotiations with Kia Motors, which is part of the Hyundai Motor Group, are at an advanced stage for the production of KIA range of vehicles in Pakistan.

Kia’s entry into Pakistan depends on the availability of brownfield investment facility under the recently announced ADP. The EDB has started reviewing the request for the resumption of vehicle production by Dewan Farooque Motors and is likely to give its approval soon.

With the re-launch of Kia & Dewan Motors, competition in the local car market will increase in the country again. Both the BoI and EDB welcomed the proposed investment plan and assured the company of their support in a meeting held on August 3. It was chaired by BoI Chairman Miftah Ismail and attended by the BoI secretary, EDB chief executive officer, executives of Dewan Farooque Motors and senior government officials.

A similar application by a large Lahore-based motorcycle manufacturing company seeking permission for the production of cars and light commercial vehicles is also under consideration.

What they mean by Daehan motors china and hyundai powertrain???

Dear Sir
We are intetested in doing business with Dewan Farooq Ltd.