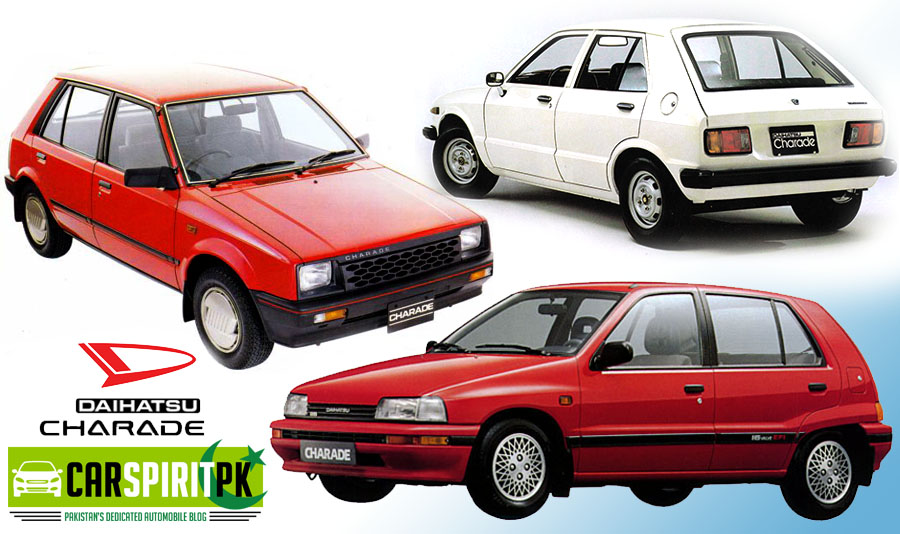 Back in the 80s, if you were to buy a 1000cc hatchback you had the liberty to choose among Suzuki Swift, Toyota Starlet, Nissan Pulsar, Mazda Familia, Subaru J10 & the Daihatsu Charade, with each available in multiple trim levels, multiple interior colors & engine configurations. Among all the available options, Daihatsu Charade was the most popular hatchback, not only in that era, but even after more than 30 years it can still be seen on our roads in considerable numbers & most of them are quite well maintained too.

So how it all started? Let’s try to take a look back into the history and recall how well the Charade performed in our rather competitive market of that era.

“The Car Created By Computer” was Daihatsu’s first foray into the passenger car market since the Compagno models of the 1960s, and trail-blazed the light car segment.  Charade was well ahead of its time, when most of the established names were rolling out rear-wheel driven cars, the Charade even in the late 70s was front wheel driven.

It was available in both 3 door & 5 door versions, the 3 door version had round windows in the back.. Available trims were XO, XG and XTE. It was powered by 993cc 3-cylinder engine with 50hp (37kW).

The facelift arrived in 1981 with revised front-end with squarish headlights replacing the round headlights, minor cabin changes, new bumpers and revised tail-lights. A 5-speed manual as well as an automatic transmission was now available. The facelift was more popular among the G10 series Charade models.

The second generation G11 was released in 1983, again as a 3 or 5-door hatchback. Reflecting the origami styling trend of its era, the second generation Charade was bigger, roomier and more refined. It was available in many trims including CS, CF, CX and featured several variations of the 3-cylinder 1.0L engine, including a turbocharged version with 68hp and a Diesel version too.

About 150 improvements were made to the body including a new, sleeker nose, tail-lights and hatch door, chassis, engine, suspension and interior to sum up the 1985 Charade facelift, resulting in improved handling and efficiency. It came equipped with the naturally aspirated, three cylinder, 993cc CB23 engine that spawned around 50-55 bhp. While Turbo and DeTomaso models had the upgraded CB23 engine, called the CB60. The CB60 was also a three cylinder 993cc engine, but was fitted with an IHI TurboCharger, which saw its power rise to 65-70bhp.

The third generation G100 series was the last of the most popular Charade series in Pakistan with progressive aerodynamic styling sitting on a longer and wider track. Interior comfort and space, handling, road-grip and ride comfort were improved overall.

Another version was available, dubbed GT-XX, which featured a sunroof, power windows, air-con and power steering. Also the interior was quite different from the GTti in that the fuse box was mounted inside the car and the seats were of a different design. The exterior featured side skirts, Speedline alloys and a different rear spoiler to the GTti. The G100 Charade GTti was the first production car to produce 100bhp per liter and was also the fastest 1 liter production car made. It also had a fairly successful rally career competing in the RAC Lombard Rally in 1989 and 1990 and was highly competitive in the Safari Rally. The GTti won class honors many times and was able to mix it with some of the 2 liter cars on occasion & even troubling some of the 4wd cars!

There were a very few of these G200 Charades, partly because of the currency-driven price hikes, as well as the beginning of locally assembled cars in Pakistan. In order to get the industry on its feet, the import duties were substantially raised, so a good number of popular cars from the 1980s started to phase out of the market.

For about 15 years the Charade ruled the 1000cc hatchback market in Pakistan. It served the low budget customers with the stripped down versions commonly dubbed as ‘local’ which were the ones directly sold to Pakistan. Then there were the better equipped versions catering to a different set of buyers, and then the performance oriented Gtti, GT-XX versions which fulfilled the dreams of the young bloods of that era.

The Charade offered so much in 70s & 80s that no local hatchback has ever offered even today. It was ahead of its time being one of the first front-wheel driven vehicles of our market. Versions with Hiroof, back wiper, sunroof, diesels, turbos, 3/5 door options, interior with multiple color options, you name it! It was a pity that the local assembled Alto/ Cuore which were discontinued by 2012 were never equipped with basics like rear windshield defrosters, retract side mirrors, back wiper etc.

The Charade was a true success and according to me, is the most successful hatchback in Pakistan. It became popular even when there were bulk load of options available in its class in Pakistan, unlike Mehran or Khyber, which despite all the good, were successful primarily because there was zero competition in the market. Khyber during the 90s was the only 1000cc hatchback available for a consumer, while Mehran even today remains the only 800cc option available in the country. Even after nearly 30 years, the Charade can still be found in considerable numbers on our roads. Though the frequent availability of spare parts is becoming an issue, still the car has performed quite well for such a prolonged period of time in our market. If you have kept a Charade in the past, you would agree that in its prime it was better than most locally assembled hatchbacks sold today.

Share with us if you have a Charade story, & we will publish it on CarSpiritPK. 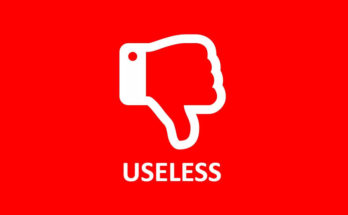 Imported Cars That Are Launched For Nothing 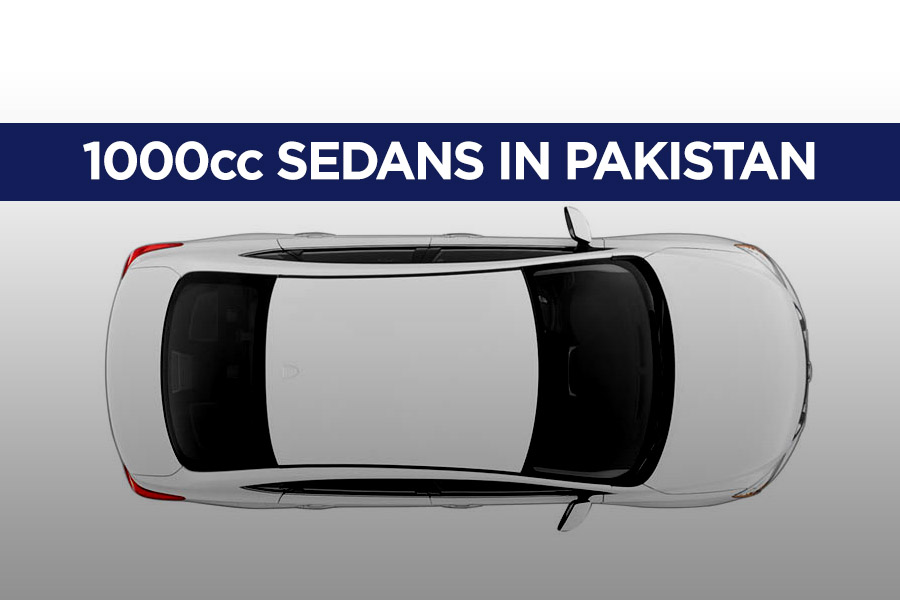 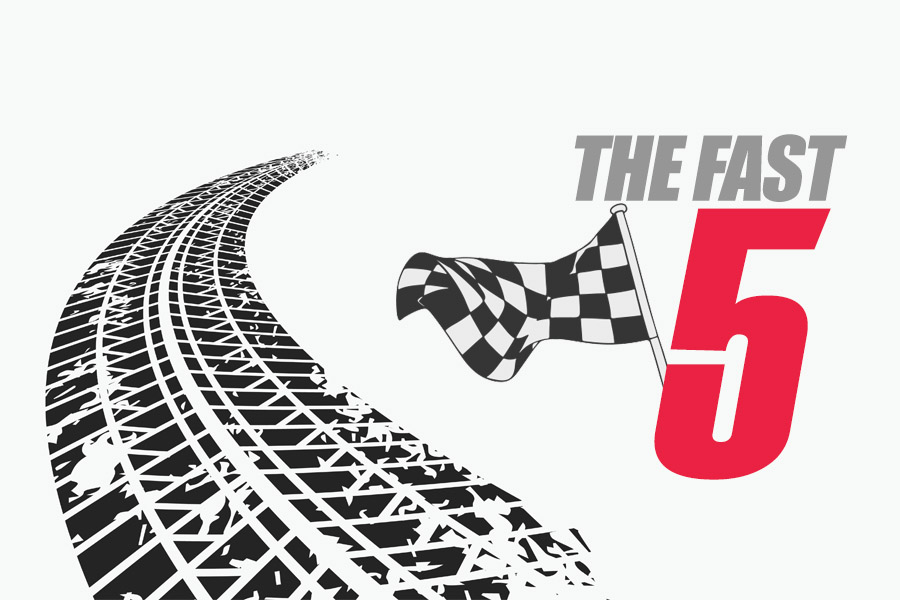 These 5 Family Cars were Fast and Absolute Fun to Drive

Salam. I am making mind to buy a GTti or GTxx version of charade.
I need advice about:
1. what is mileage per liter petrol in city and on highways? (It is a big factor)
2. do anybody own this model, any advice.