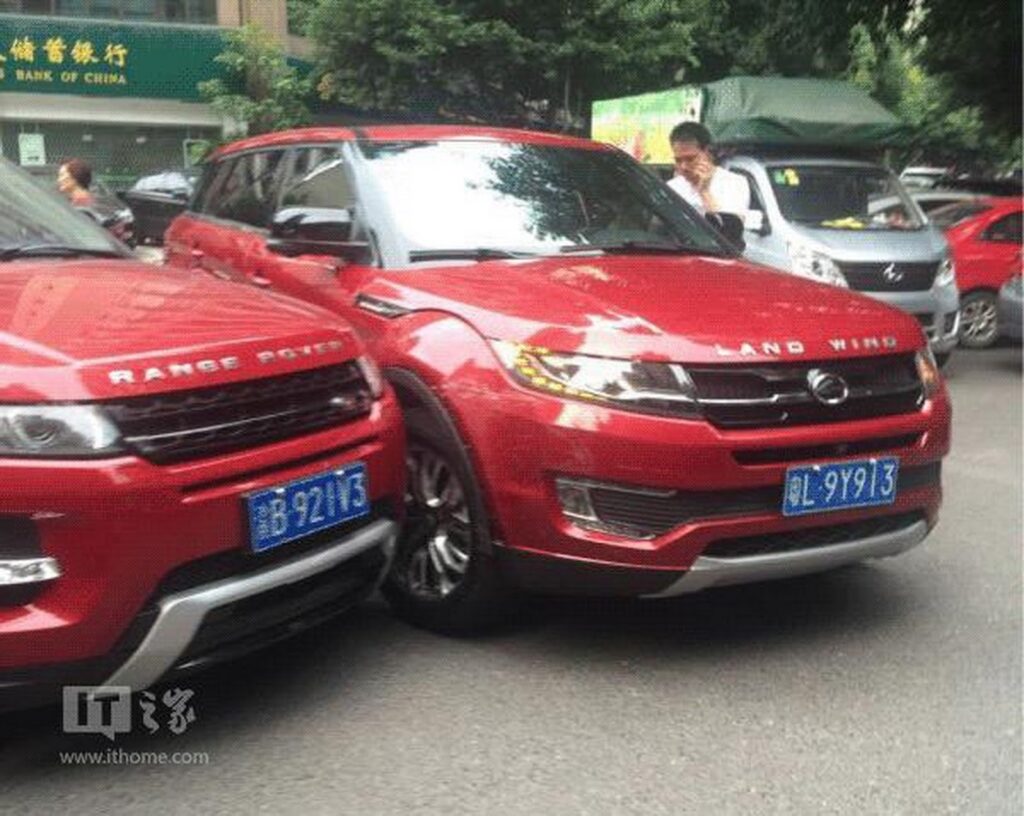 Not even the most twisted minds could have come up with this scenario; a red Landwind X7 smashed into a same colored Range Rover Evoque. The Landwind X7 happens to be a shameless copy of the Evoque.

Chinese media reported that the accident happened at an intersection in the city of Chongqing, with police finding the driver of the Landwind X7 at fault. While the two similar looking SUVs suffered some minor body damages, no occupant was hurt in this crash. Jaguar-Land Rover (JLR) wasn’t at all happy with the Chinese automaker, but despite all their legal efforts, the company failed to stop Landwind from offering the X7 for sale. In June, a Chinese court cancelled both JLR and Landwind’s design copyrights on their respective models, designating the Evoque’s and X7’s exterior design filed patents as “invalid”. Despite the setback, JLR is still continuing litigation against Landwind owner Jiangling Motors.

The X7 is Landwind’s best selling product so far, and accounts for a massive 70% of the brand’s total sales. The X7 has a Mitsubishi-sourced 2.0 turbo petrol engine with 190hp and 250nm, mated to an eight-speed automatic, sending power to the front wheels. Landwind is a Chinese car maker jointly owned by Jiangling Motors and Changan Auto, coincidentally (or not?) both happens to be joint venture partners of Ford in China. Ford owned Land Rover until 2008 when they sold it on to the TATA conglomerate of India.