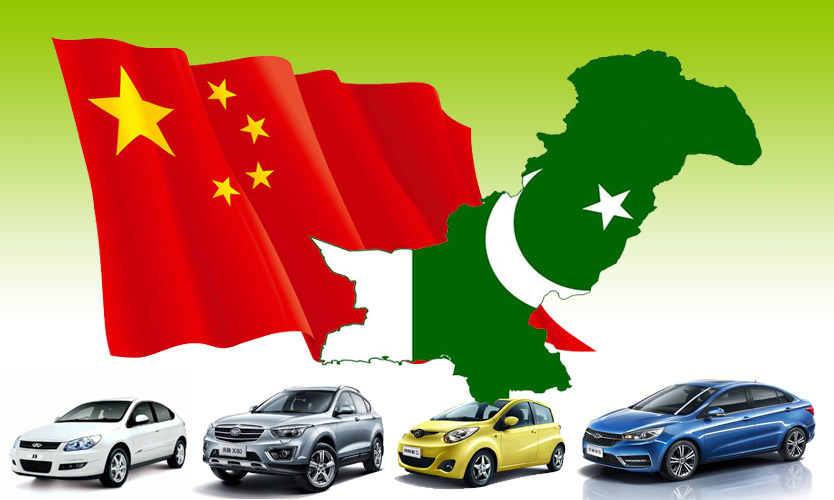 During a meeting with a six-member delegation of Chinese investors and industrialists, led by the director of China’s renowned automobile manufacturer JAC Motors, Chen Zhi Qiang, matters of bilateral interest were discussed with government representatives along with mutual promotion in different sectors including automobile, infrastructure development, agriculture, livestock, energy and trade.

The Chinese delegates expressed their keen interest in setting up an automobile manufacturing unit in Punjab.

The atmosphere is now conducive for investment and trade in Punjab by foreign investors in all development sectors where they will be provided fool-proof security, said Provincial Minister for Labour and Human Resource Raja Ashfaq Sarwar.

The minister said the Punjab government had set up a number of industrial zones in the province with tax exemptions to encourage investment, particularly Chinese investment since both countries had a remarkable opportunity for economic, industrial and business growth under the China-Pakistan Economic Corridor (CPEC).

Chief Minister Shahbaz Sharif has offered free-of-cost land to Chinese investors if they invest in Punjab, Pakistan. The Chief Minister made the offer while addressing the Punjab-Qingdao Business Seminar on Thursday, during his ongoing visit to China. “If you remain in China, you become incompetitive,” Shahbaz Sharif was seen stating to the businessmen, further adding “your exports will fall down, which is already falling down. But if you come there (Pakistan), your exports will not only go up but we will have a win-win situation. You (China) will make progress, we (Pakistan) will make progress and the businesses will flow.”

He assured the Chinese investors of best facilities and provisions for the program of shifting industries along with technology to Pakistan. He also met Communist Party of China, Qingdao, Secretary Li Qun, during which, agreements and memorandums of understanding (MoUs) were signed between Punjab and Qingdao.

Federal Minister for Industries and Production Ghulam Murtaza Khan Jatoi, urged Chinese investors to invest in Pakistan’s growing auto market especially in small cars segment in the wake of a huge demand for small cars in the country. While talking to a delegation of Chinese investors led by Vice Governor of Chinese Hubei province, Jatoi said that there was a huge potential of investment in Pakistan in manufacturing, engineering, mining, energy and infrastructure.

“CPEC has opened new horizons of industrial opportunities between China and Pakistan,” He said. He briefly introduced new auto policy and benefits associated with new entrants. He also briefed the delegation about Export Processing Zone and National Industrial Parks of Gawadar.

CPEC has definitely opened doors for Chinese companies to come here ‘BIG’. Several news reports have appeared during last few months indicating that Chinese are willing to invest in Pakistan including the automobile sector of the country. JAC has already been in talks with the government, while Zotye is in process of making a deal with Raja group. There are quite a few companies which have shown interest so far. From the looks of it, things in Pakistan might not be too easy for the existing Japanese trio.